The Chaintech V915P has three strange quirks. First was the fact the motherboard liked to hang after exiting the BIOS configuration screen. It doesn’t matter what you have done, upon exiting the screen would go blank and the computer won’t reboot. A hard reset will work fine, but it’s just an irritant if you want to do some quick modifications to your configuration.

The second quirk, and the biggest, is related to overclocking. It appears that in order to get higher overclocks your previous boot must be a stable boot. So if the system failed at 223MHz, going to 222MHz won’t work until you drop down to a stable FSB first. This is a bit unusual since all other boards I’ve tested don’t require this “roll-back” of the FSB to overclock. In my experience I found that in order to test overclocks with 220MHz or higher, I had to first boot with 215MHz and then adjust the BIOS to my desired setting.

This constant rolling back and forth makes for a very tedious overclocking process.

The final quirk has nothing to do with functionality or any feature â€¦ it has to do with mistaken identities. When using SiSoft Sandra, CPU-Z, and Everest the Chaintech V915P is identified as an Albatron 915P motherboard. In fact, if you look at both the Chaintech V915P board and the Albatron 915P you can see they’re identical! The traces are all the same. The capacitor and socket layout are the same. The only difference is the presence of IDE and SATA RAID. (confirm) 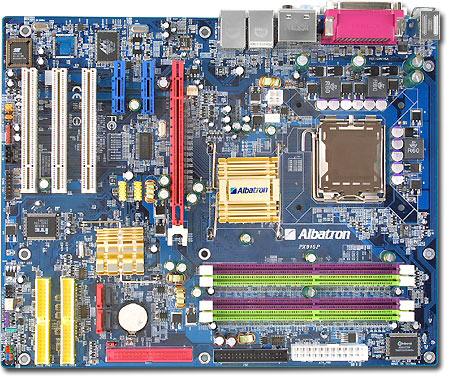 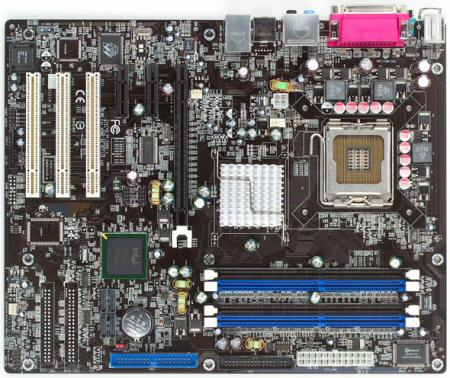 This is the first time I have seen two different companies sharing/licensing a common motherboard design.

Overclocking the Chaintech V915P was a slow process due to the board’s strange glitch mentioned above. Using lower multiplier and DDR settings, I managed to work my way up to an overclock of 240MHz. This overclock is really pretty good and gives the Chaintech V915P some good potential if given RAM capable of higher bus speeds and better cooling.