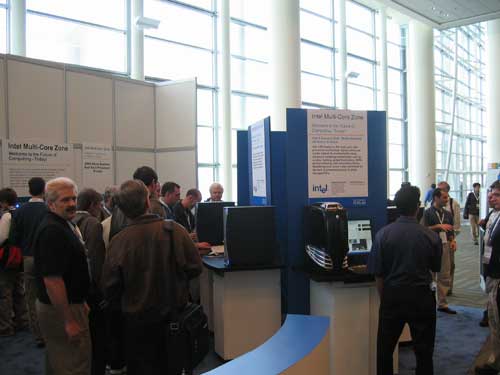 The “Multi Core” Zone at IDF

This area was definitely the most popular at the IDF convention thus far and it was pretty much always busy when it was open.  The showcase floor was no comparison. 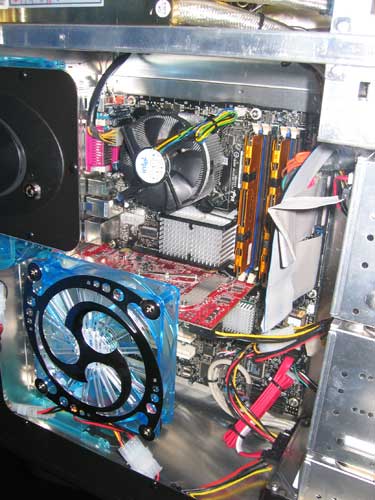 This is a shot of one of 15 systems on the floor that features a 955X chipset motherboard, DDR2-667 memory and a dual core Pentium Extreme Edition 840 processor.

All the systems featured the new Pentium XE logo as well. 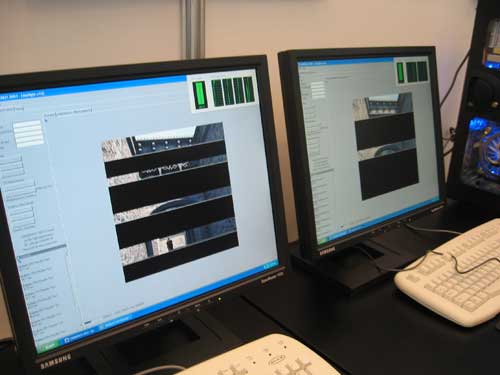 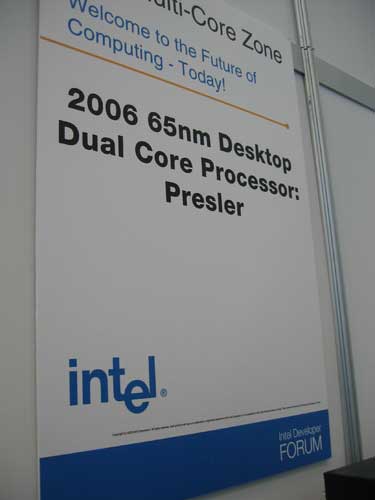 Under this banner was a running system with a 65nm Yonah core mobile processor.  We saw it running at 2.0 GHz, which isn’t that impressive, but we have almost a year before we’ll see it again, so no worries. 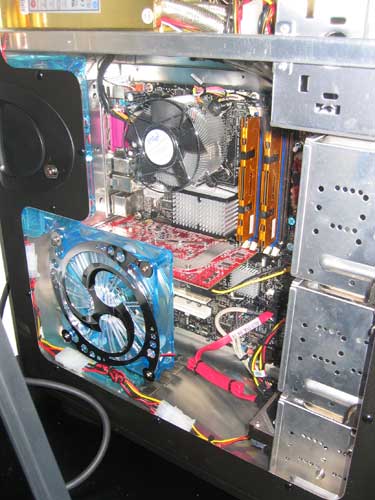 Yes, this IS a different picture than above!  In it is the 65nm Yohan processor. 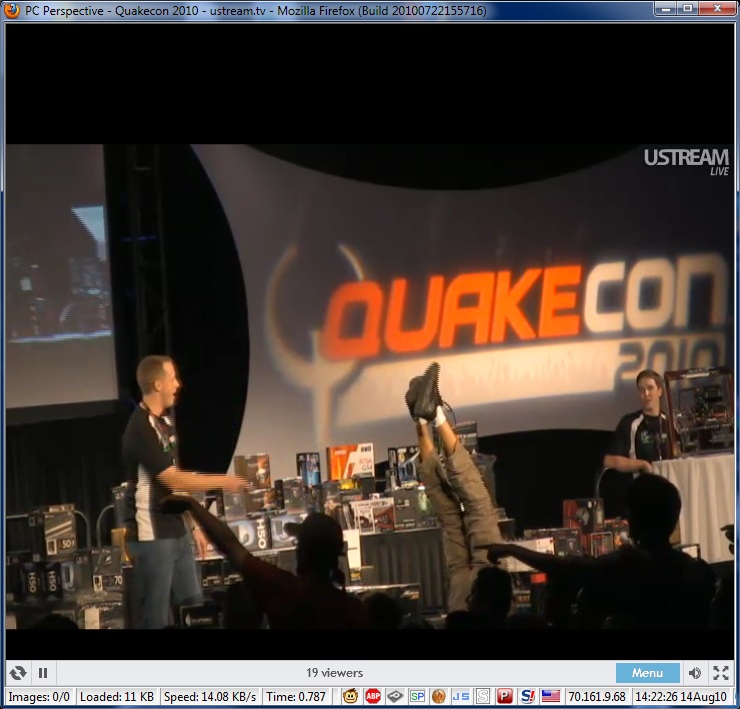 What does it take to win a graphics card from PC Perspective at QuakeCon?

It’s not all Computex right now