While most of us actually thought NVIDIA was going to make an annoucement of their upcoming Intel chipset, they instead only showed it to us behind closed doors.  The public was only shown the complete feature set of the nForce for Intel MCP (south bridge) that is really just the same as the AMD-based nForce4 chipset. 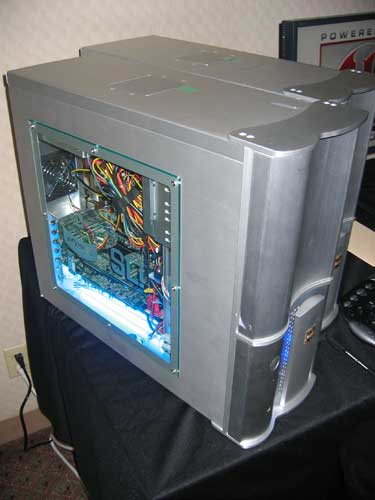 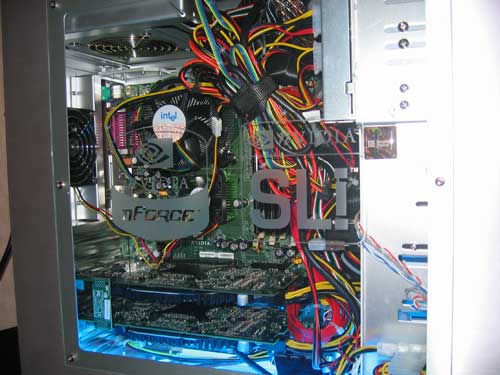 A little closer up on the system 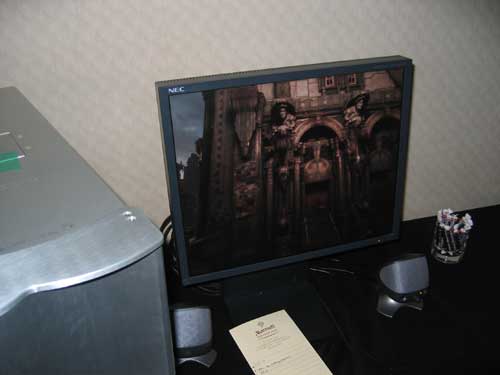 The NVIDIA booth at the Technology Showcase (which is just a fancy term for the expo portion of IDF), we saw a few mock ups from major board vendors readying Intel-based SLI motherboards. 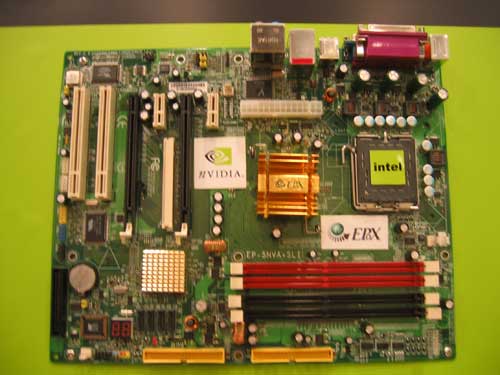 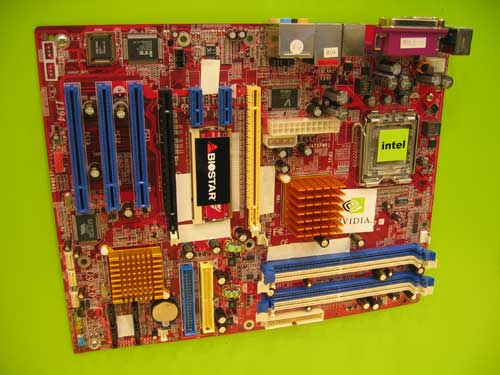 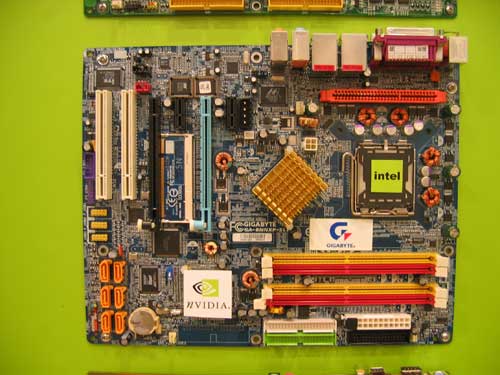 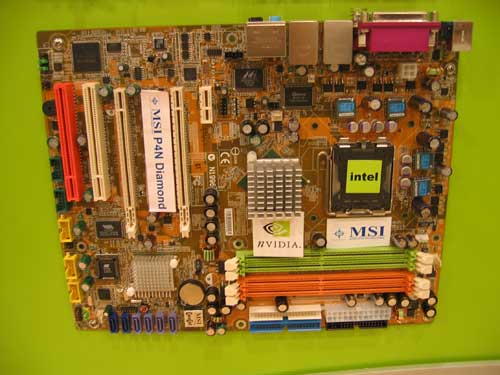 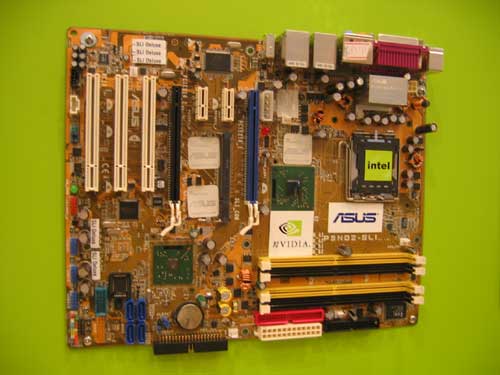 I tried to take closer images on the chipsets, with not much luck with my camera. 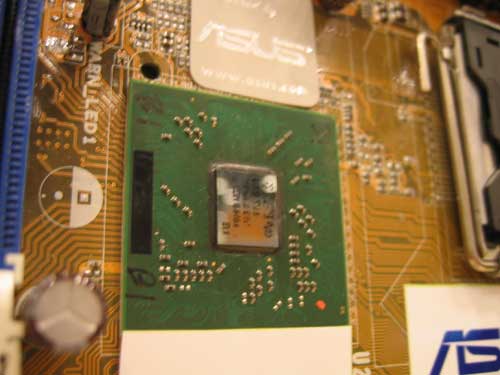 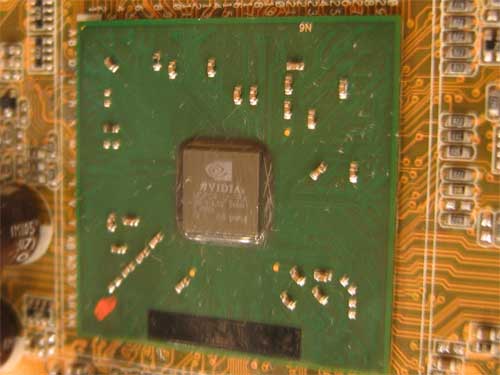 What did the other companies have at the Technology Showcase? Go on to the next page! 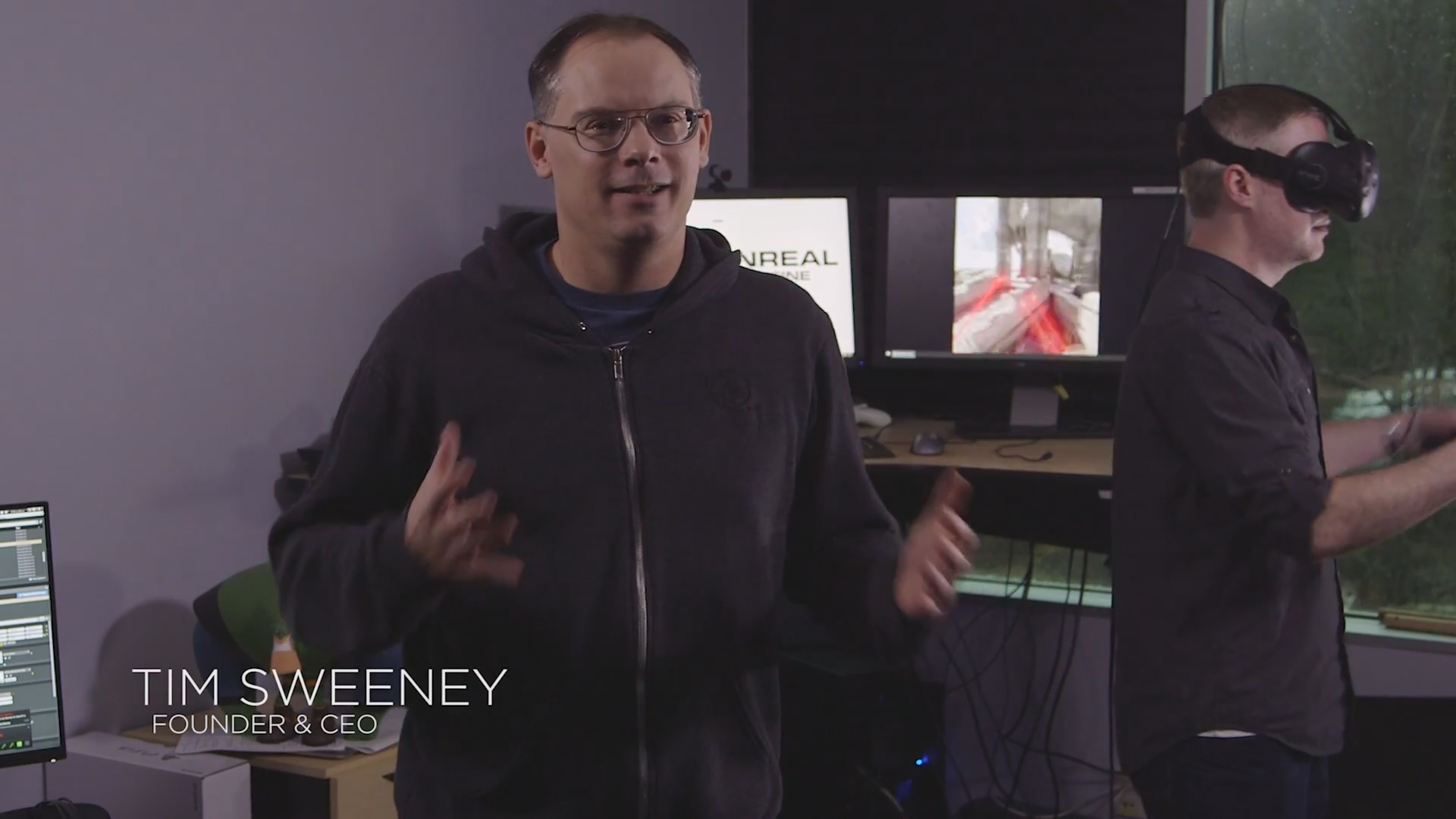