I stopped by the booths at ATI, Corsair and VIA at the showcase to see what they had on display.

ATI had their new X300 PCI Express GPU with HyperMemory features (similar to NVIDIA’s TurboCache) and their upcoming Intel-platform chipset. 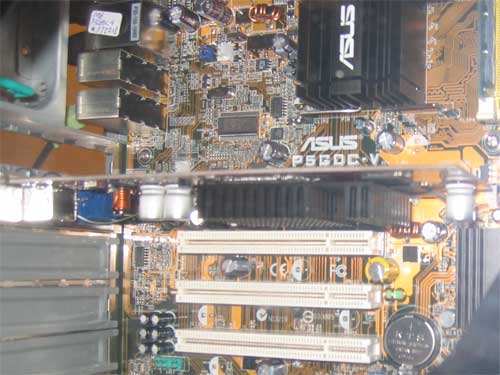 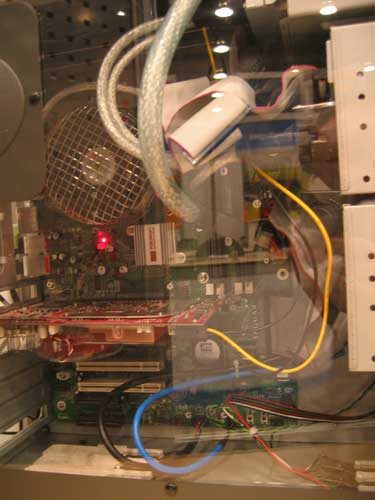 Corsair was showing off their new Xpert series of memory as well as their latest liquid cooling solution.  The first shot however is of some new DDR2-667 memory at super low latencies (think 3-2-2). 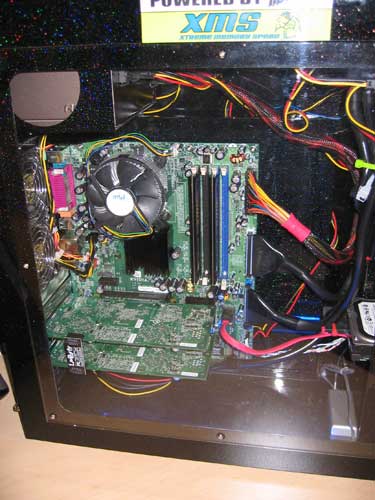 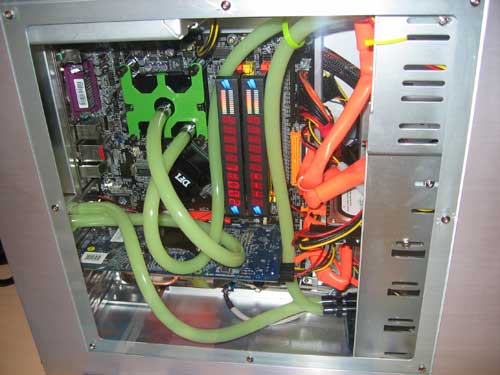 Liquid cooling and scrolling text memory; what could be better?

VIA had their PT894 chipset on hand with the new 8251 south bridge chip with SATA2 support. 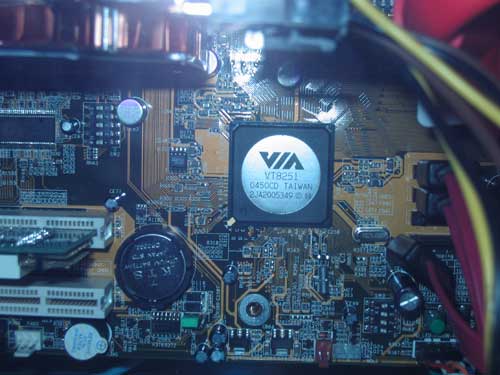 Yeah, I had to stop by the pimped out car that was shown during the opening keynote on Tuesday.  This USED to be a four door car… 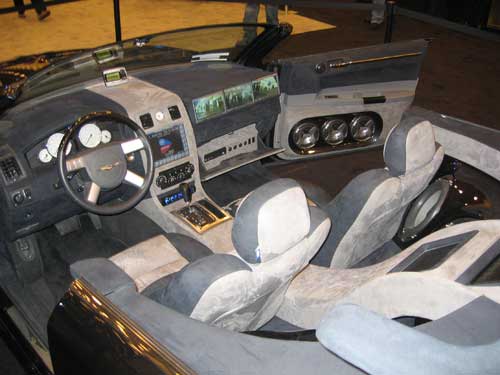 That’s an all suede interior 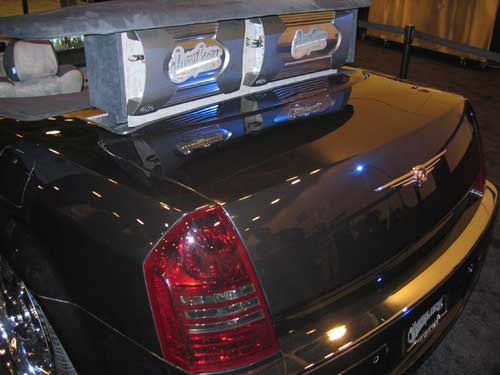 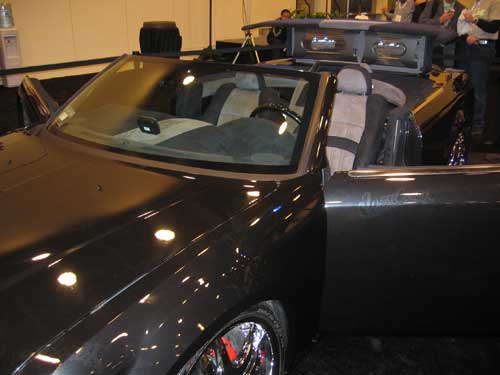 The first day of the Intel Developer Forum was incredibly informative and useful for anyone interested in PC technology.  I commend Intel on their open stance on sharing information and data with the media and public and for actually giving us a look at what is ahead and in-progress.  I wish all tech companies were as cooperative.

Intel dual core plans seem to be moving along very smoothly, and the fact that they had so many dual core systems at the show tells me they have a very healthy dual core transition coming and we shouldn’t see the same problems we saw at the initial Prescott launch.  If they do in fact get their products out before AMD does, it will really be a slap in the face of AMD as they had been touting their multi-core processors for a very long time.

Also today we found out that early April is the release date for Microsoft’s Windows XP x64 desktop operting system.  Intel it would seem got on the 64-bit train just in time, almost as if it was planned that way…

Intel did a great job at spring IDF this year and I am eagerly looking forward to the new technology releases on both desktop and mobile fronts.  I know that PC Perspective will be extremely busy in the coming months…

Not the only game in town