Setting Up and Other Testing Details

The Setup
Setting up the tests was going to be an interesting feat. There were many issues to overcome like:

To shelter our setup from falling snow, and attacks from neighbourhood kids wielding snowballs, testing will be performed inside the sanctity of my garage. The temperature is a little warmer in the garage, but it is still very cold (-14C to -7C at night). 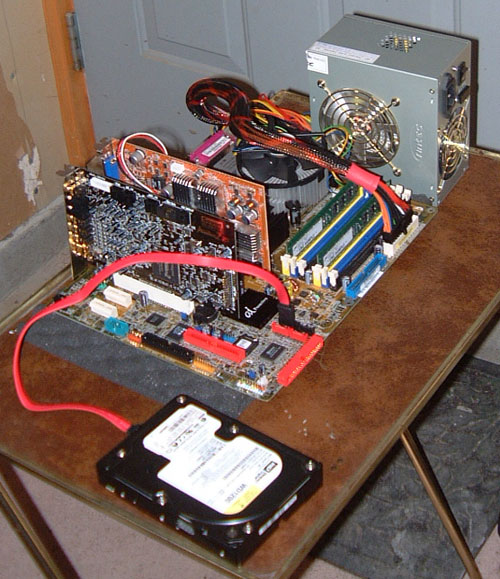 Everything nearly set up in my garage.

Using my KVM and a network router as couplers, I fashioned extra long cables that stretched long enough so I can sit inside my house without having to be outside in the cold garage. My LCD would be able to function and I can be toasty warm enough to type the keyboard.

To test stability of a particular overclocking setting, we run the following benchmarks:

If any of the above tests fail, then we adjust the settings again and re-run the tests. Long-term stability was not tested due to rising temperatures in the garage during the day which may affect results. 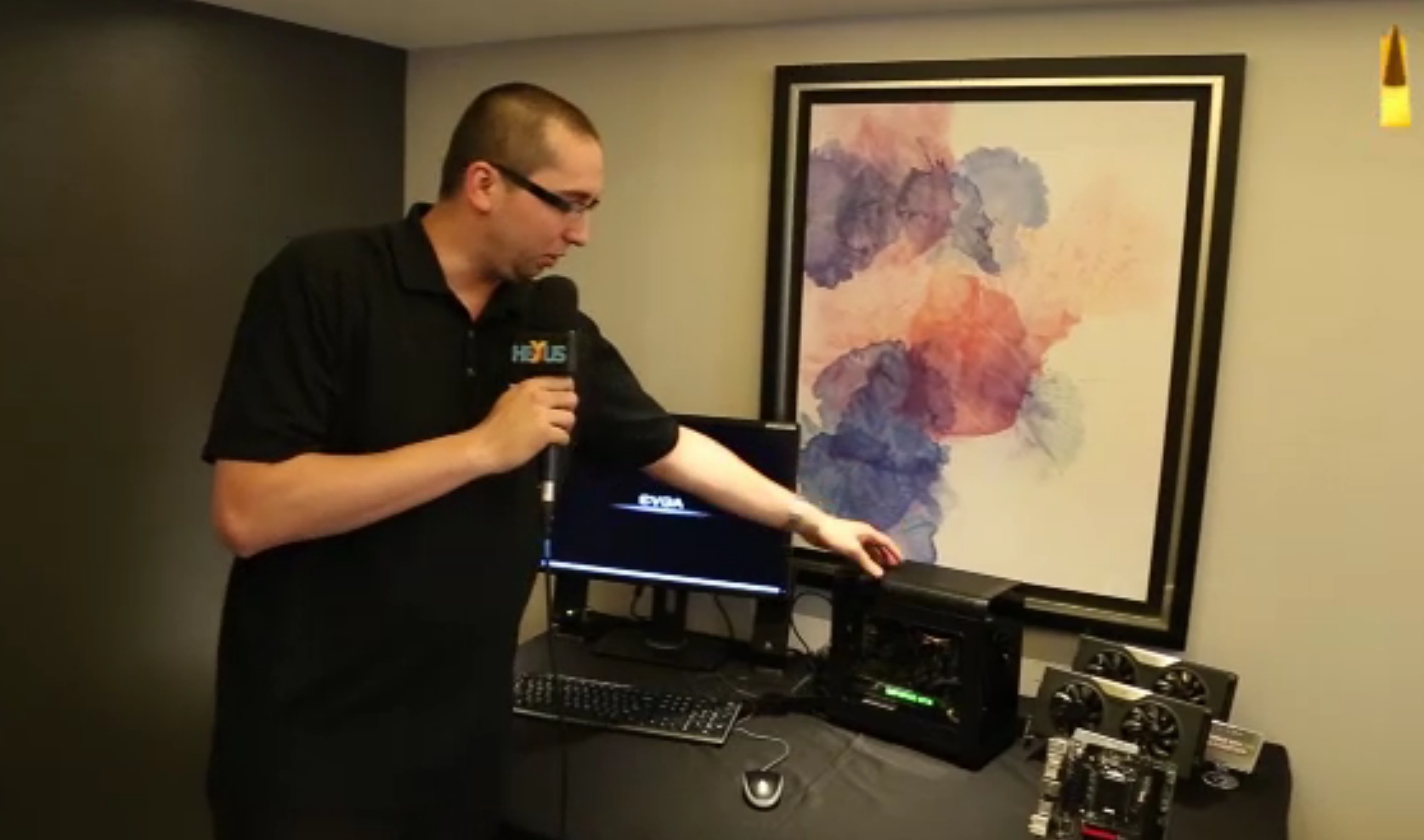 20″ is within your grasp