The performance of the Pentium 755 processor at the default 2.0 GHz is nothing to sneeze at, but when we easily bumped the processor to 2.4 GHz with a single modification in the BIOS, the CPU flat-out ran!  In our gaming tests we saw the processor out pace the entire suite of Pentium 4 and Extreme Edition processors, and compete very well with the highest end Atlon 64 and FX processors.

This is one area where the motherboard used on the AOpen system may haunt it a bit.  The lack of SATA for a storage option hinders the performance of the system a very small bit, but in reality the memory controller is slow enough for it to not be a big issue, as our benchmarks indicated.  AOpen did do a good job on this SFF including everything the user might need right out of the box, including audio, networking, USB and Firewire and even the on-board Intel Extreme Graphics.

This is indeed where the AOpen EY855-II has an advantage over the competing Pentium M solutions.  The SFF case is made to be at low noise levels with a very quiet PSU and a large enough heatsink and fan for the processor that it can rotate at low RPMs and still cool the processor effectively.  This makes for a very low noise level system when using the on-board video solution as well.

Where the noise kicks in now is with the graphics card — by far the noisest part of my test system was the ATI X800 XT graphics card.  If you were to replace that with a X600 or X300 card (many of those are passively cooled) then you’d have probably the best performing, quietest PC that you can build.

The AOpen EY855-II SFF system is currently running at a price of about $320.  This isn’t particularly high for a SFF barebones setup, and current Athlon 64 SFFs are going for between $300 and $400.

Where the cost hit comes is in the entry level prices on the processors themselves.  The Pentium M 755 we used in our testing ran us about $435.  Being as that you can grab the Athlon 64 3500+ for under $270 you can see why this becomes a factor.

The only other issues that I think needed to be addressed, besides the price level, were the out of date features and the overclocking support.  I’d like to have seen the BIOS offer us voltages and multipliers above what the CPU default was and allow us some more general tweaking options.  The feature set is pretty out dated as well, what with no SATA support, a single channel memory controller and no PCI Express GPU support, this Pentium M system is going to be out dated soon, but its not going to grow with you for the next couple of years either.

The AOpen EY855-II system brings the Penium M platform to a new class of users; those looking for high performance, low noise and low power consumption.  This system helps them meet all of those goals, while giving them just enough overclocking and enthusiast options to get that last little bit of performance out of their purchase.

Be sure to use our price checking engine to find the best prices on the AOpen EY855-II SFF, and anything else you may want to buy!

Be sure to use our price checking engine to find the best prices on the Pentium M 755, or any other Pentium M processor! 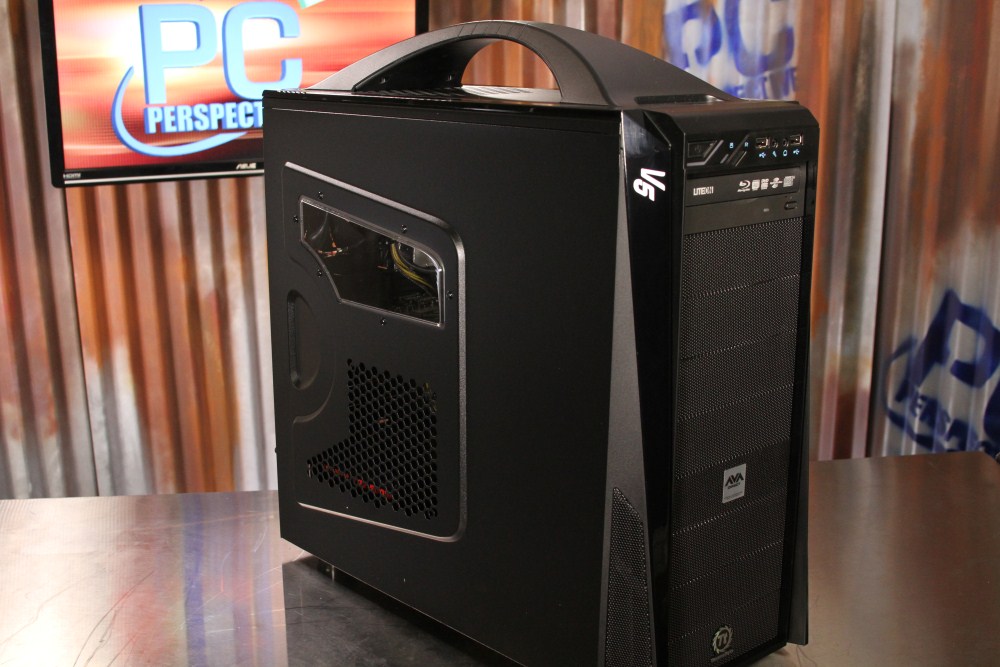