AMD has a new revision of the Athlon 64 on the way out the door codenamed Venice. Not only does it improve memory compatibility with four modules, it adds SSE3 instructions. Did I mention we got a 40% overclock out of it too?

PC enthusiasts and overclockers have been familiar with AMD’s 90nm parts for a while now, as the lower end AMD processors have been using the 90nm-based Winchester core.  Currently, the top speed processor available with 90nm technology is the 3500+ processor and it has quickly become one of the top choices for overclockers.

The next step in AMD’s 90nm transition comes in the form of the Venice core and it will offer a couple of updated features as well as bring 90nm parts to the high end range, to the FX-55 and beyond.  There were early indications that the first 90nm revision from AMD wouldn’t be able to scale soundly to the higher clock speeds of the FX parts and Opterons.  This is why the latest Opteron, the 252 running at 2.6 GHz, was put on hold until the Venice core was ready.

But the Venice core isn’t going to be for the high end parts only. AMD is going to transition their CPUs to the E3 stepping of the K8 core as it brings a couple of important updates that the customer would want.

There are four new features and changes that come with the Venice core that I would call important to the end user.  First is the migration to 90nm process technology.  While this has been happening for some months now, Venice is really going to be the core that gets it done across the board for AMD’s K8 line up.

This core also marks the introduction of SSE3 instructions into the AMD processor lineup as well.  Intel introduced SSE3 into their Prescott core processors as an add-on to the SSE2 instruction set.  While this is an important step for AMD from a house keeping perspective, the performance advantages are going to be pretty slim as not many applications are using SSE3 specific code.  Still, this keeps AMD ahead of Intel in instruction set support and is a good ‘feather in the cap’ of sorts.

As with most new core releases from AMD, the Athlon 64 has gone though another memory controller upgrade that addresses at least one specific issue that has plagued the platform for a while.  Anyone who has tried to populate all four DIMM slots on an Athlon 64 motherboard with double sided DIMMs (most are) would find that the board might not work, and if it did, the memory timings would have to be relaxed for it to be stable.  In some cases, the memory frequency would drop to 333 MHz as well.  Obviously, that isn’t the way many customers wanted to work, so the new Venice core is set to allow all four DIMM slots to be populated with nearly all memory and run at standard 1T latencies at DDR400.  Other minor improvements were made as well that should make the overall performance on the Venice core just slightly faster than the Winchester or Newcastle counterpart processors.

Finally, the Venice core is introducing a new lower default voltage for the Athlon 64 processors in the form of 1.4v.  This should lower our power consumption, heat dissipation and also give that extra bit of room for overclockers to tweak the system.

Adding in new instructions in the form of SSE3 and other minor changes affected the transistor count of the new Venice core processors.  And the move to 90nm affected the die sizes quite a bit too.  Here’s a quick run down:

Below we have some shots of the new Venice core 3200+ processor in all its glory.  Not much has changed but the processor ID code.  This model uses the 939-pin processor package as does the Newcastle core CPU we test it against. 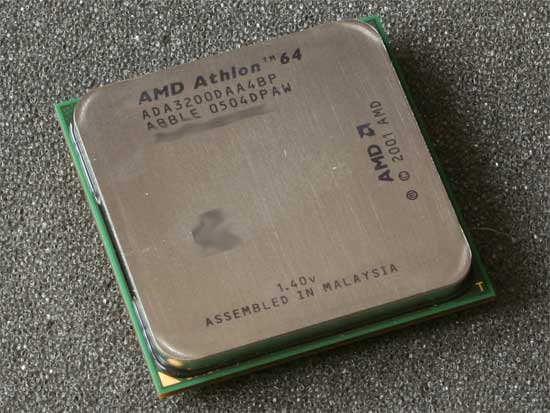 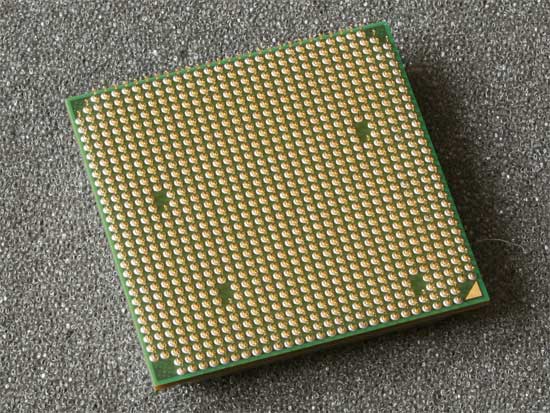 For those of you that will be looking for Venice core processors soon, the indicator to note is the “BP” at the end of the top line of markings.