What’s it all Cost? 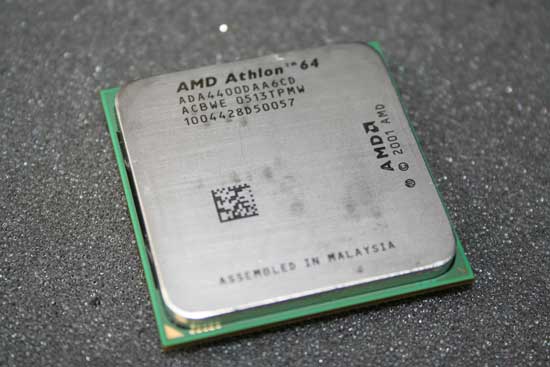 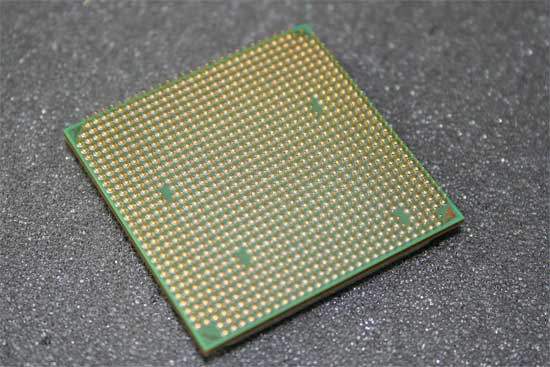 If that bottom side of the processor looks familiar to you, it should; it uses the same 939-pin configuration that we have seen on the Athlon 64 and Athlon 64 FX line for some time now.  AMD has been pushing hard to the media the benefits that their users see in their dual core strategy.  To upgrade to a dual core Athlon 64 X2 processor, all a user needs to do is get a simple BIOS update from their board manufacturer.  While this feature is damn good in theory, sometimes, depending on the board and depending on the amount of time a vendor’s engineers have, this may or may not be available already.  Make sure you have the BIOS flashed and working before shelling out the money on that new CPU.

The two boards that I tested this 4400+ on were the DFI LanParty NF4 SLI-DR board and the Asus A8N-SLI Deluxe.  The Asus board had some issues initially, but with a couple of new BIOS revisions, we seem to have it worked out.  This really should be a big feather in AMD’s cap, as anyone that actually did buy an LGA775 processor and motherboard since their launch MUST purchase a new motherboard and chipset in order to take advantage of Intel’s dual core offerings.

The processor we are testing today is not going to be the flagship offering from AMD; not even on their X2 lineup.  Their initial offerings are going to be as follows:

These are by far the most expensive processors we have seen come from AMD.  THe 4800+ is priced well over the current FX-55 processor and priced above what we believe the upcoming Athlon 64 FX-57 will cost as well.  $1001 for a processor puts AMD at a place I didn’t think I would ever see: the highest priced CPU released to the desktop market.  Even Intel’s XE processors are priced at $999.

AMD will not be releasing any lower clocked, lower priced CPUs into the X2 line up as far as we can tell.  Instead, these are going to be the lowest dual core processor speeds we will see from AMD and only when new speeds are released are we going to see the X2 series migrate down into the mainstream and budget price levels.  This is the first area we’ve found where Intel has a benefit — they are set to have Pentium D processors go on sale for less than half of what the cheapest X2 is going to cost you.  Of course, we haven’t looked at performance yet, so perhaps the added cost will be offset there and surprise you.

If you were looking on those lists above for an FX dual core processor, you’re going to be looking for a long time.  AMD has stated that their FX line up is going to go at least one step further to the FX-57, single core, 2.8 GHz, Rev E processor.  AMD is keeping the FX line as the premeire single threaded application processor, specifically aimed at the gaming enthusiast.  Games are going to be nearly completely single threaded for all of 2005, and thus it does make some sense for AMD to keep a CPU ahead of anything Intel might throw at it to keep the gaming performance crown.  Keep in mind though that the 4800+ flagship X2 processor runs only 200 MHz slower, or at the same speeds of the 4000+ or FX-53 processor and should be more than powerful enough for any extreme gamer.

When will you be able to buy these processors?  As of now, before I head out to Computex, this is still very much in the air.  AMD wants us to believe it will be in June, around the end of the month when these start to show up.  But it is really anyone’s guess at this point.  Hopefully sooner rather than later.