ATI is the first out with a major 512 MB GPU card release, but maybe not on the card you’d expect. Does an X800 XL 512 MB interest you at all? Should it? We look at the performance of this new competitor to see how it stacks up.

This isn’t the first time we have heard of a 512 MB graphics cards from either ATI or NVIDIA.  NVIDIA showed off a 512 MB 6800 Ultra card at CeBit this year and ATI did the same with their 512 MB card at Texas Lan Party.  Until today though, NVIDIA was the only one to actually have a 512 MB part for sale, as both BFG and Alienware are offering these cards to users, though admittedly at very low quantities.

ATI enters the market with a 512 MB product of their own, but maybe not the one you’d expect.

As is usual with these launches, ATI met with us to discuss their product and the need for it in the marketplace.  Below is a small portion of the slides we were presented with and some comments about what they say.

This slide gives a quick summary of some of the reasons behind the move to 512 MB of graphics buffer.  As the resolutions of monitors and displays increase, so will the user’s desire to utilize those resolutions above 1600×1200.  As the game engines of tomorrow get more complex with larger textures, larger models, more special effects like blurring, High Dynamic Range lighting and more, GPUs are going to require more memory to run these engines with all their features enabled at playable speeds.  Of course, none of these engines available today really require this much memory, but how about what is coming down the line?

Here are a few quotes from the game development industry on ATI’s introduction of the 512 MB X800 XL GPU.  Most are pretty generic and vague, as you would expect in this kind of press release.  But as is pointed out by the first quote from Crytek, future gaming engines will be able to easily utilize the additional memory these cards offer.

Here is a slide that ATI shows to compare the X800 XL 512 MB card to its newest competitor, the 6800 GT from NVIDIA.  You can read the points of interest for yourself and think about them as we go through the benchmarks, but I’ll address them at the conclusion of the preview.

Our X800 XL 512 MB reference card from ATI proved to be nothing dramatic and looks like most other PCIe graphics cards we have reviewed here at PC Perspective.  The heatsink isn’t marketed with ATI’s insignia on it probably because ATI isn’t going to sell them (more on that below).  The additional memory on the card requires extra power that the PCI Express bus can’t deliver, thus we see a move back to having a PCIe power connector, which the original X800 XL did not have. 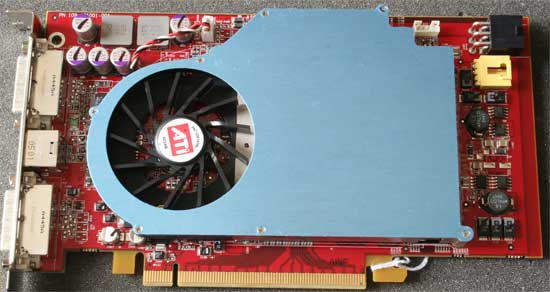 The card we are testing is the PCI Express X800 XL 512 MB card though with the ATI bridge chip an AGP version might possible. 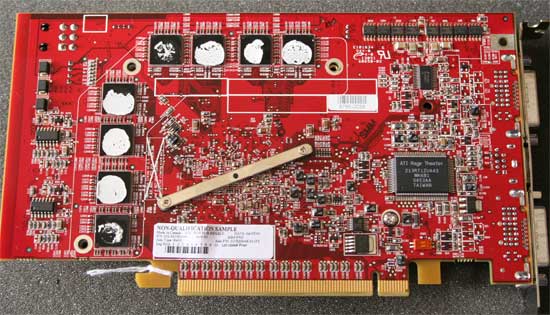 No ‘Built by ATI’ this time around…

As I mentioned above, for the X800 XL 512 MB card, don’t expect to find any ‘Built by ATI’ cards at your local retailer.  ATI is stepping back from producing any of these cards and letting their partners fight over the sales.  The reasoning behind all this?  ATI was quick to point out that this will give the partners a chance to build an independent brand based around ATI chips as well as allow them to differentiate themselves from ATI and other vendors more easily.  Of course, there is also the matter of the market for a 512 MB card being extremely small, and thus ATI may not want to be the ones to shell out the money for production, marketing, etc.  It would seem companies like Abit and Visiontek are better equipped to handle the needs of this smaller market.