The ATI CrossFire technology was announced just prior to the Computex show, though no hardware is available to any reviewers or media that I am aware of, let alone to the buyer that might be interested.  That didn’t stop it form being all over the show floor however. 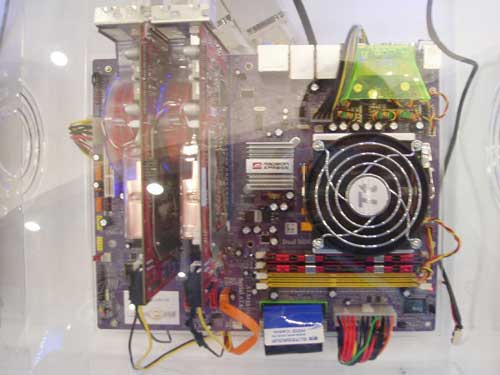 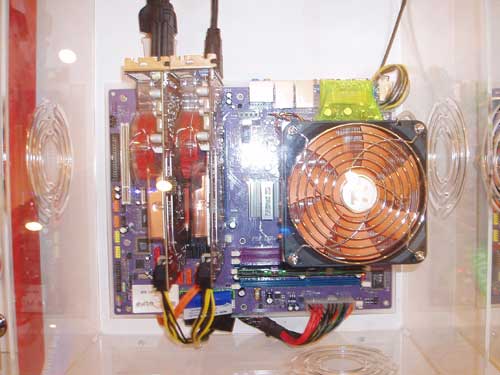 First up we have solutions for both the AMD (top) and Intel versions of the ATI CrossFire chipset on boards from ECS.  This is definitely a sign that ECS is again attempting to do away with the notion of ECS being a budget and low-performance brand of motherboards. 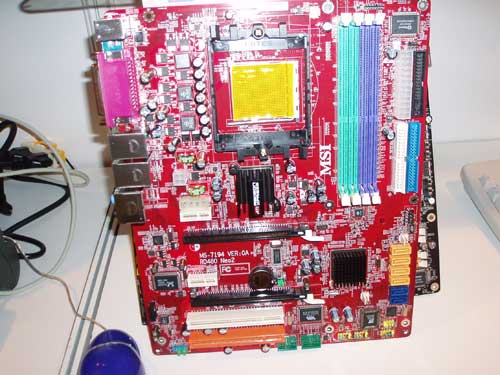 MSI had their AMD motherboard on display as well. 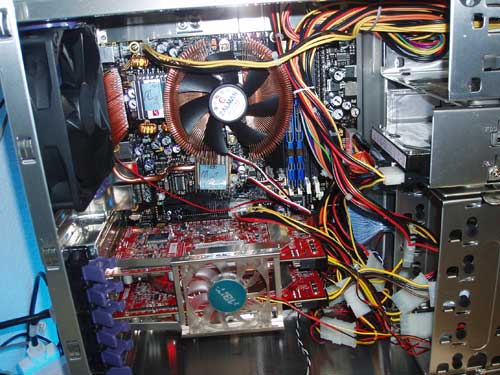 At Abit’s booth, they claimed to run merely the Abit reference board they had received last week!  If this true, then the CrossFire technology may be running farther behind schedule than we thought. 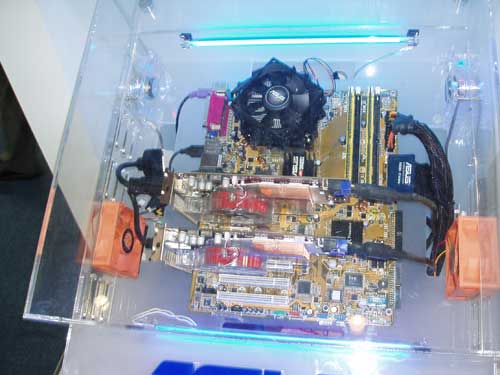 Asus had their P5RD2-MVP motherboard on display, though I bet the name changes slightly on that MVP part. 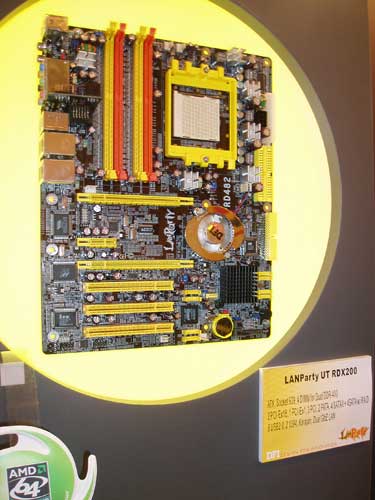 DFI also had a CrossFire board on display and was also running one in their back room which we were allowed to play with.  See below for that info. 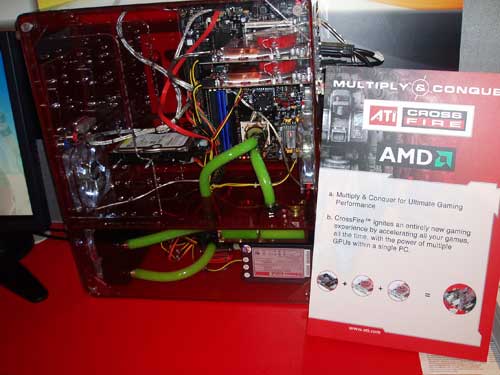 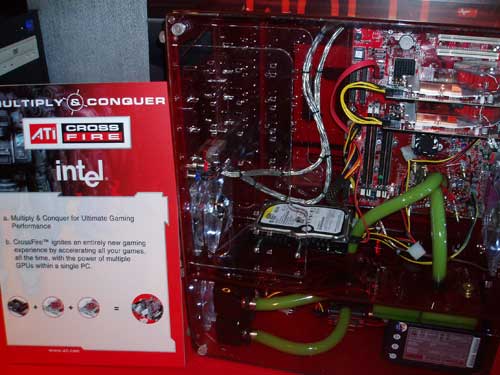 ATI of course was showing off some nice looking CrossFire systems at their booth, stuffed with water cooling and custom cases as well. 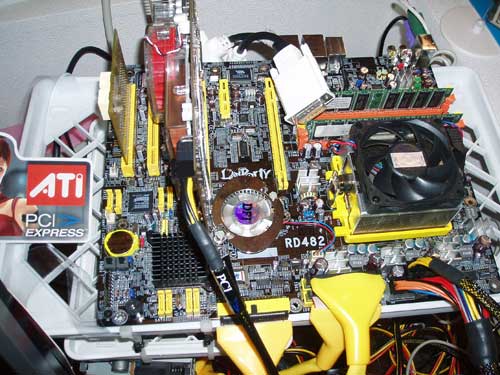 Here is the working DFI motherboard found behind closed doors.  In this picture only a single card was installed, as the master card was sitting off to the side being photographed by someone else. 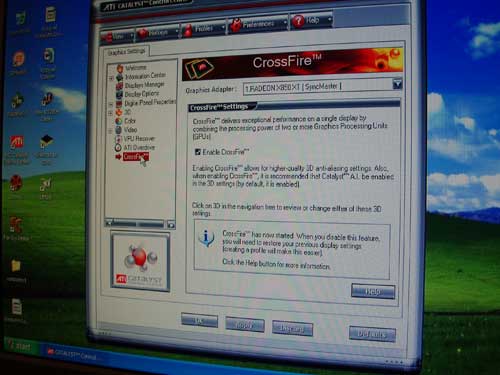 Here you can see the Catalyst Control Panel option for enabling and disabling the CrossFire feature with both cards installed.  Interestingly, ATI’s technology was able to turn its self on and off without force us into a reboot of the system, something that SLI is still stuck with.

Finally, we have to pictures of a Doom 3 timedemo run at 1280×1024 (highest resolution the LCD would support) with High Quality settings and 4xAA. 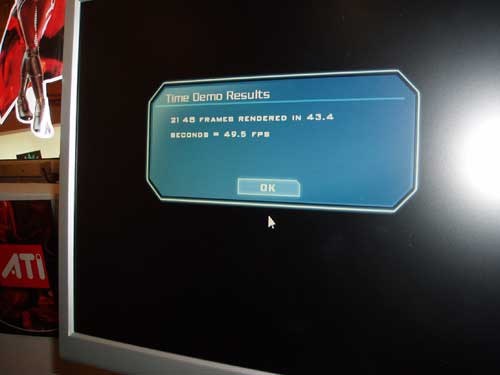 This image shows that with CrossFire disabled in the driver, the X850XT card was able to run the standard Doom 3 timedemo at 49.5 frames per second. 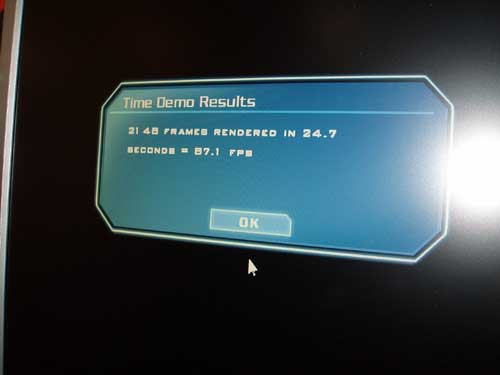 By simply enabling the feature in the driver and then rerunning the demo, we found that the Doom 3 test resulted in an 87.1 average frame rate.  That is an increase of more than 75% in performance!  Not too bad for pre-release drivers either.