Gigabyte is still the only company that requires users to know of the Alt-F1 trick to open up all their overclocking and enthusiast features in the BIOS menu.  I am really not sure what the point of this on a retail motherboard that is being sold to the end user is.  Sure, if this were an OEM board mainly that happened to end up in the channel that would be one thing, but it does nothing but cause confusion in the DIY market.

Anyway, let’s look at ALL of the features that the Gigabyte BIOS included on their 8I955X Royal motherboard. 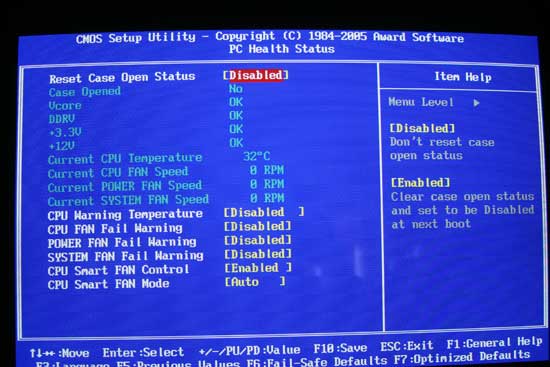 Here is the first option in the menu, and it happens to be for the PC Health Status page that displays voltage, fan and temp information.  The only complaint I have here is that the voltages reported simply report as ‘OK’ if they are within the certain amount of deviation that Gigabyte allows for.  Some users may want to know what the board is seeing exactly on each voltage rail if they have more specific needs than what Gigabyte requires for whatever reason. 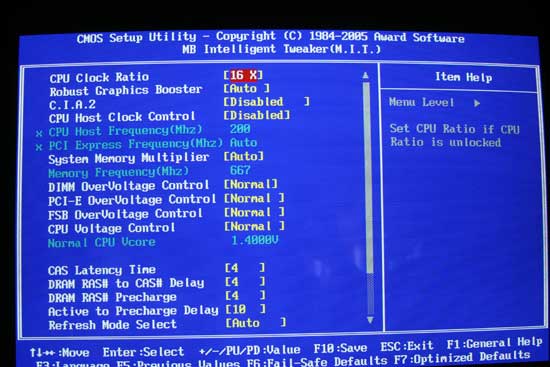 Here is where the majority of the overclocking options that Gigabyte has included show up. 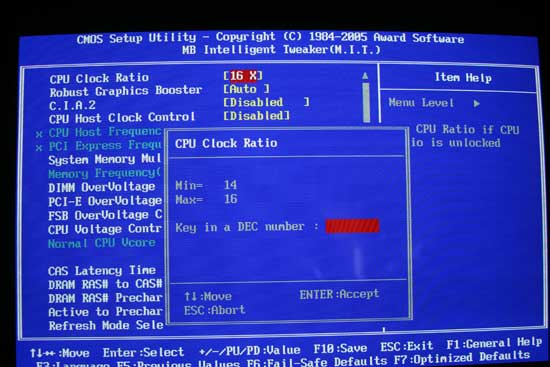 Our clock ratio adjustments show that we are able to move this Pentium XE 840 processor back to a 14x multiplier, the lower the CPU supports. 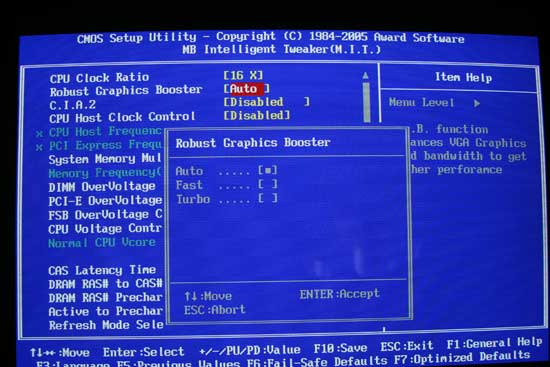 The next item to note is the ‘Robust Graphics Booster’ which appears to be very similar to what Asus has in their BIOS called ‘PCI Express Graphics Booster’; in short: overclocking the PCIe bus and GPU speed to get better performance.  While in most cases this seems to work fine for all cards and users, I did run into one case where having the option enabled on either the Gigabyte or Asus board caused a certain GPU to not POST.  It appears to be an issue with an early X800 reference card, but I don’t know how many other users might have cards with a similar issue (whatever it might be). 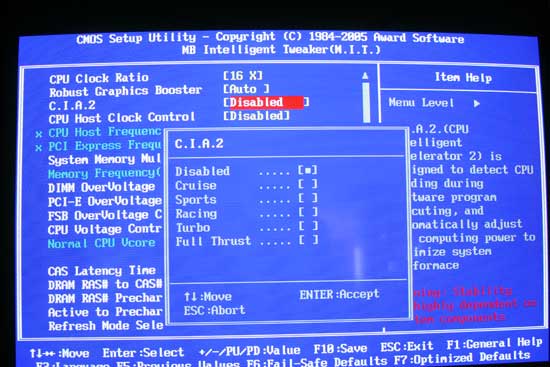 Gigabyte’s CIA2 technology again is like the Asus NOS technology as it attempts to overclock the processor when the board detects a high CPU usage model.  There are different levels of the CIA2 tech that will attempt to push the processor faster than the lower settings, but may also cause stability issues.  I don’t know how many users are utilizing these BIOS features, but I think the number is fairly small.  Either you are going to overclock your system or you aren’t and those that do won’t leave it up to the Gigabyte BIOS to make the decisions for them. 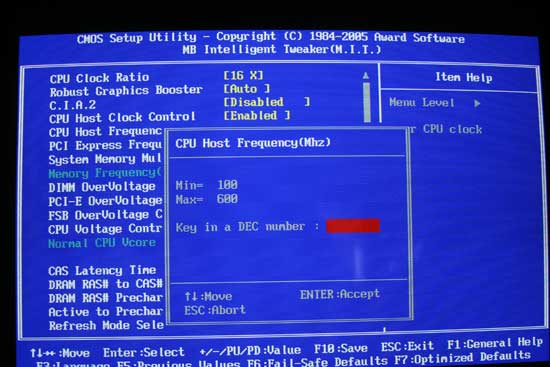 Wow!  Gigabyte is letting you up the FSB on the Pentium processors from 100 to 600 MHz.  I wouldn’t count on reaching that 600 MHz quite yet, but we have seen some faster FSB overclocks recently in the community. 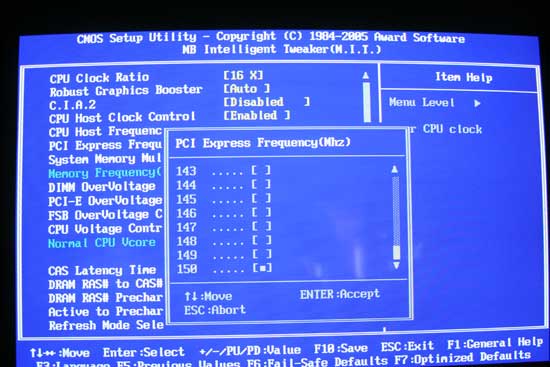 The PCI Express bus can be overclocked to 150 MHz as well.