The gaming performance on the GeForce 7800 GTX is nothing short of amazing and it takes the crown as the fastest single GPU configuration.  In many cases, we saw a single 7800 GTX rivaling the performance of two 6800 Ultra cards running in an SLI configuration.  While we might have been hearing the claims that the G70 was going to be twice as fast as the NV40, that obviously wasn’t the case.  The 7800 GTX didn’t completely blow away the competition like many would have liked to see, but it did come away as the new performance leader, and by a sizeable margin in most cases.

The result of all this is that again we find the CPU in our gaming machines becoming the dominant bottleneck.  This was the case when the 6800 Ultra and X800 XT were released as well but not to this degree.  Hopefully soon we will begin to see the game developers throw us some multithreaded applications in an attempt to take advantage of the direction that PC processors are moving.

This second iteration of SLI is able to paint a much prettier picture of the technology in my mind, due to the fact that we know about it and the possibilities it offers from the outset of the product launch.  Information about SLI came well after the first 6800 products were released and as such many users were disappointed by their choices on motherboards and cards if they were early adopters.  On the same token, we now have an SLI environment that is much more mature than it was 6 months ago.  There are plenty of motherboards, card vendors, power supplies and drivers that support the technology and have been running it stable for some time. 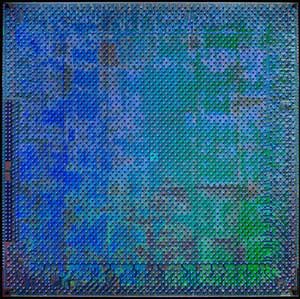 In relation to our CPU bottleneck comments above, you may notice that the performance gains you see going from a single 7800 GTX to an SLI configuration are not as large as they were going from a single 6800 Ultra to SLI.  As the CPU bottlenceck advances you’ll see this trend continue or even get worse if your processor isn’t up to the task of feeding both GPUs all the necessary work they need to run efficiently.  If we do indeed see multithreaded games this year, then you can expect to see more gains from SLI configurations in dual core processor powered systems.

This is the new feature that NVIDIA will be showcasing, and pushing game developers to implement support for, with the 7800 GTX and onward.  It is the first real change to the world of antialiasing in some time and has a “cool” aspect to it that I haven’t seen in a while on an IQ enhancement.  As I noted in my look at the Transparency AA technology previously, there are at least a few bugs to work out with current software titles, but I am sure that NVIDIA will address them with driver releases as they are pointed out.  Any technology that attempts to take past developers work and “fix” it has some growing pains to get through.

There is no denying though that NVIDIA’s new transparency AA does improve the visual quality in at least most cases of alpha texture use, such as on the fences in Half-Life 2 and on the foliage in Far Cry.  Anything that can improve the IQ of games is a welcome change to the industry and I am fairly certain we’ll see something similar from ATI once their new R520 technology is introduced.

I was able to overclock the 7800 GTX samples I received from their stock core clock of 430 MHz to 489 MHz and run completely stable without a hitch.  The memory was also able to be overclocked from 1.2 GHz to 1.31 GHz without a problem.  The fact that we had 60 Mhz of head room on these early A2 chips from NVIDIA is great for the enthusiast and puts a lot more flexibility in their hands.  It also lends itself to the rumor that a future release from NVIDIA will be based on the G70 architecture we see here with a faster core clock.  I wouldn’t even doubt something like that as NVIDIA would be crazy not to utilize the extra headroom on the chip that they have here.

On our intro page I brought up the rumors that the G70 chip was in fact the core that we were being shown at the announcement of the Playstation 3 back at E3.  NVIDIA indicated to us that while the RSX and the G70 are essentially the same architecture, the RSX is still going to be one full step ahead of what users are getting today in their 7800 GTX boxes.  They wouldn’t go into specifics on what was different between the two though, whether it was additional pipelines or just a higher clock on the core, but my guess is a mix of both.  Is it so out of line to think that NVIDIA might have 32 full pixel pipelines on the G70 with 8 or so disabled for this launch?  Or maybe they just have the design for the 32-pipe version ready but are holding it back due to pricing constraints at this time.

In either event, we are getting a preview of what the technology in the upcoming Playstation 3 is going to have — but to what degree we aren’t sure yet.

If there is one point about the 7800 GTX product launch that I would say is NVIDIA’s key to success, it would not be the outstanding performance that it provides or the lower power consumption it offers over the 6800 Ultra.  Instead it would be the fact that you can go online and order this product TODAY.  When is the last time THAT has happened in the graphics market, let alone the entire industry?  Time after time we are showing you products in these early reviews that are supposedly “announced” or “released” at the NDA time our articles go live, only to find out that it will be weeks and sometimes months before the product is in the channel with enough quantity that a user can easily buy one if they wish to. 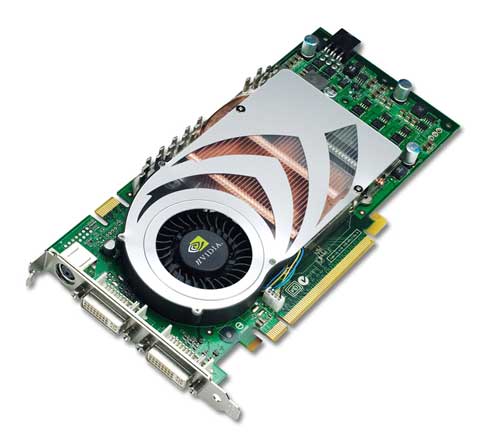 While NVIDIA might tell you they worked very hard to get the product out at the same time as their launch, I am more skeptical.  I am led to believe that in fact, NVIDIA had the G70 technology ready for some time and were waiting for ATI to release their R520 technology or CrossFire products to the market so they could follow with the 7800 GTX and steal some thunder.  NVIDIA just waited as long as it could and the product had reached their customers and was going to be in channels by this time anyway, so NVIDIA had to make their move now.  Either way, I hope this is something that we will see again from the likes of NVIDIA, ATI, AMD, Intel and anyone else who is going to release hardware into the community.

The price of the 7800 GTX is a different matter however.  The MSRP on it is $599 — that’s right, six hundred bucks.  Ouch.  I am torn between two ends of the spectrum here on NVIDIA’s pricing as on one hand, it seems absurd to charge $600 for a graphics card to an end user, but on the other hand, we are talking about a 300M transistor chip that is a good jump of technology faster than current $500 6800 Ultra cards.  I am curious as to how the pricing layout will change in the coming months, as we are usually given a new flagship card that will replace the previous flagship model at the top of the pricing scheme, but instead this time around we are creating a new pricing scheme.  Will the 6800 cards prices come down significantly or will they stay the same for the forseeable future?  If the $600 price tag sticks, I would imagine the 6800 GT and Ultra are going to level off at near where they are now until another move is made by either ATI or NVIDIA.

The NVIDIA GeForce 7800 GTX card takes the title of being the fastest GPU on the planet, there is little doubt of that.  The performance of the new G70 core is impressive in all aspects and the new transparency antialiasing is a welcome addition to NVIDIA’s suite of image quality enhancements.  With HDR improvements as well, the 7800 GTX is going to be a good GPU selection for some time to come.  As the summer goes on, we’ll see new options come from ATI in the form of a new core architecture as well as CrossFire availability and we might just have a solid race for the graphics market after all.

Please come in and discuss this new product in our graphics card forum.

Be sure to use our price checking engine to find the best prices on the EVGA 7800 GTX, and anything else you may want to buy!

XFX also has their 7800 GTX available: