Besides performance and features, one thing that motherboard manufacturers love to do is throw some random junk into the box and hope that it appeals to a lot of people buying motherboards at the time.  Abit has traditionally NOT been one of those types of board vendors and for this edition of the Fatal1ty motherboard they wanted to bring something a little more unique to the table. 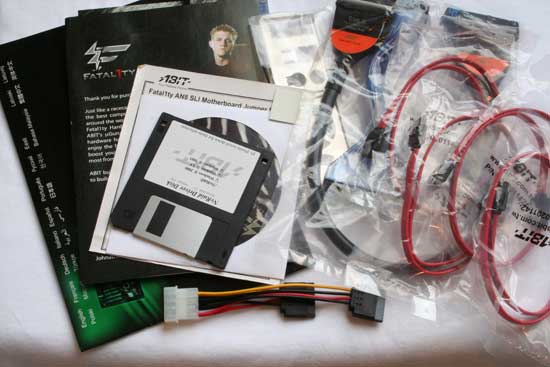 First up we have the standard array of manuals, drivers and cables that include SATA and IDE data cables as well as a SATA power adaptor for older power supplies. 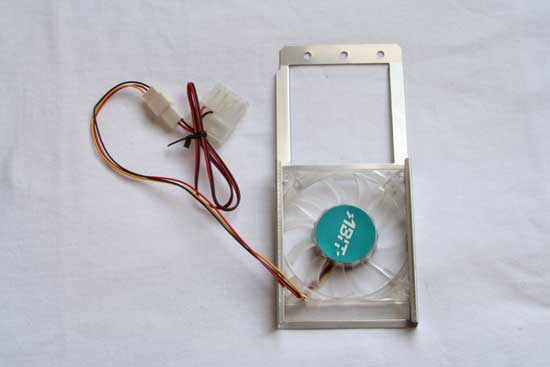 This fan and attachment are to be installed perpendicular to two SLI graphics cards and sit on top of them, blowing cool air down into them.  The space between two traditionally very hot graphics cards has often been cited as the reason for stability problems in first generation SLI systems.  This unique feature from Abit keeps that from being a possibility. 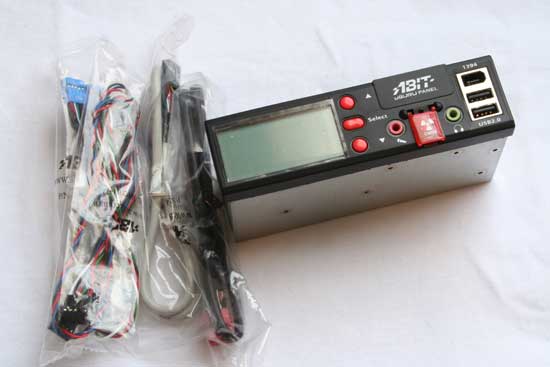 Finally we come to the new and improved uGuru (“micro guru”) Panel.  The cables you see to the left of the unit are used to attach the panel’s PCB to the motherboard so that all the proper communication can take place. 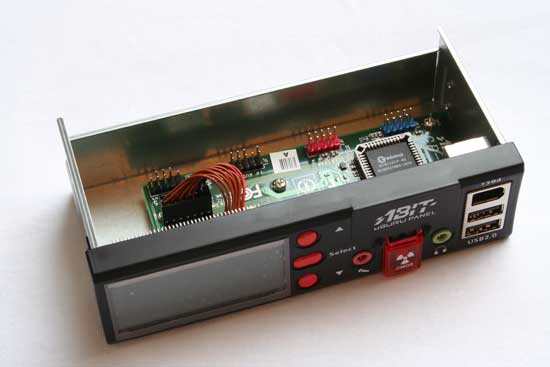 The most obvious features of this panel are the headphone and microphone jacks, USB and Firewire ports as well as a small red panel with the nuclear logo and the words CMOS on it.  Under this little flap is a small red button that does a reset on your BIOS; this is the first time we have seen an external CMOS reset button on a motherboard, and I tell you what: I couldn’t be more amazed we didn’t see it earlier!  This is a fantastic feature that overclockers will no doubt fall in love with once they use it.

The LED panel and the corresponding buttons are used to display hardware monitoring features such as live fan speeds, temperatures and voltages.  Also included on the display is the processor speed and overclocking level as well as most other voltages and frequencies. 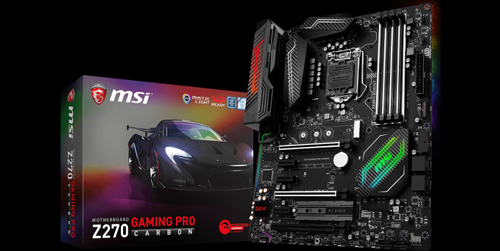