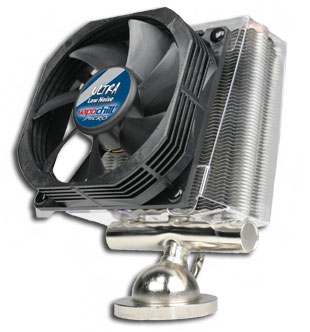 Asetek recommends installing the fan to the plastic shroud with four plastic push-pins prior to installing the cooler.  Mounting the Athlon 64 version of the VapoChill Micro requires using the stock AMD K8 backing plate.  The upper AMD retention frame is removed. 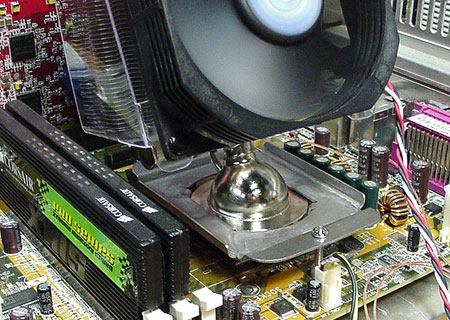 The heatsink is secured to the backing plate with the same two machine screws that originally held the AMD retention frame in place.  Unfortunately the fin assembly and installed fan partially block access to the mounting screws, which makes the installation a little more difficult than it should be.  Waiting to install the fan after the cooler is mounted will give better access.

Once positioned, the HSF can be rotated in any orientation you want (and have clearance for) so that airflow works along with other components in your case.  When the heatsink is in the final desired position the two mounting screws are tightened down to the point where the heatsink no longer freely rotates in the mounting plate. 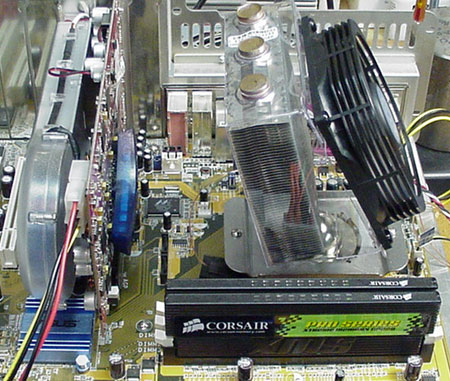 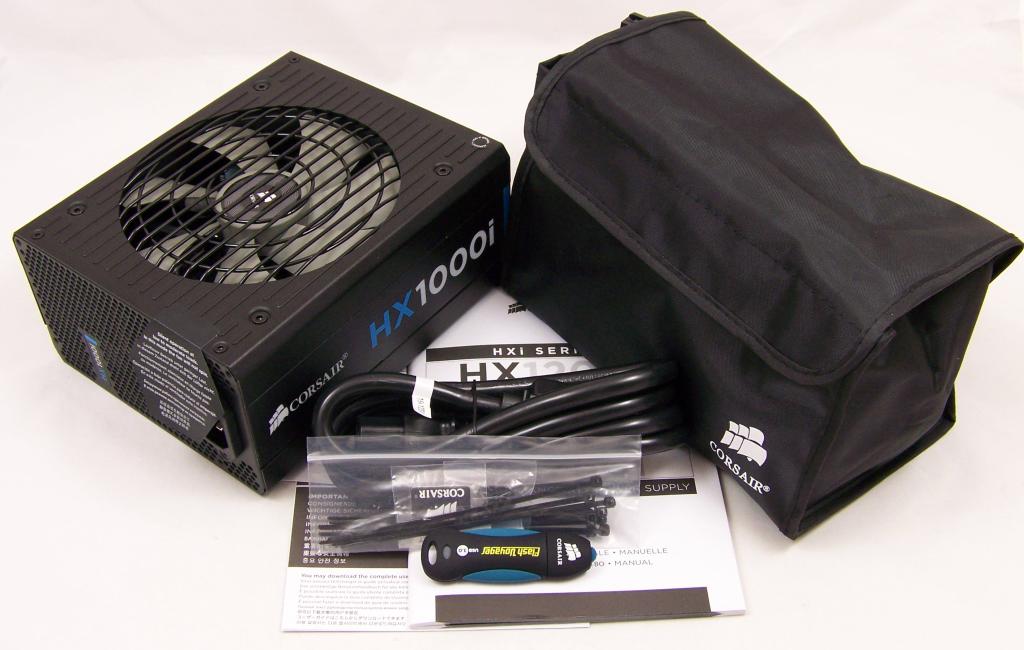 Corsair’s HX1000i is good, but not quite great 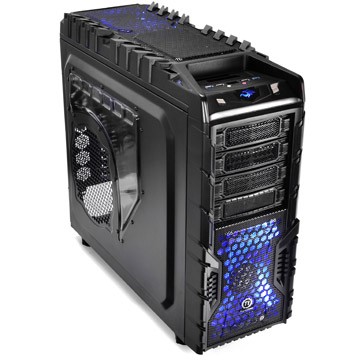