The KN1 SLI feels and performs more like an enthusiast’s motherboard than the KN1 did because of the better overclocking. Whereas the KN1 never got above 230MHz bus at 3x HT, the KN1 SLI easily did 345MHz which is more typical of nForce 4. Sure the BIOS options on the KN1 SLI is a bit limiting with respect to the selectable frequencies (i.e. 250MHz max, and only even numbered frequencies above 230MHz) but this is easily overcome with software like nTune Pro (not included on the CD) or ClockGen.

The accessories package is very good and includes useful parts that you would actually want to use like the front panel bracket and the Top-Hat flash. The only exception being the SATA bracket which is pretty useless without a power connection. 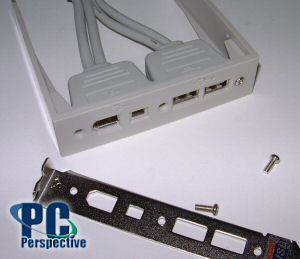 The board itself is very well designed and I don’t have any complaints about it aside from the colours. If that’s all I can gripe about in terms of design, you know ECS has done a pretty good job at laying it out. As for features, the KN1 SLI is pretty well endowed thanks to six SATA-II connections, dual RAID, dual LAN, ten USB 2.0 connections (six usable out of the box), and two firewire. The BIOS is fine with all the necessary adjustments, but lacks a few settings to make it a true overclocking BIOS like finer frequency adjustments, temperature monitoring, fan controls, and chipset voltage. I think the BIOS is the only area holding the KN1 SLI back, but it did not prevent me from getting some decent overclocking results.

ECS Delivers on Price and Value

I think ECS intentionally enters the market late to exploit cheaper chipset prices and weaknesses in the competition. The combination of value, features, and performance appeals to late adopters who really couldn’t justify paying the premium prices of early products and new technology. The disadvantage is that ECS’ products hit the street almost 1 year after the competition, but I think this strategy works well especially for those buyers who have been hesitating or waiting for prices to drop. 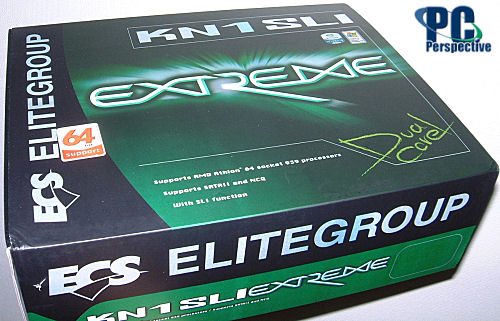 Of course ECS sweetens the deal with some decent accessories and features. It may not be the most hardcore SLI board out there, but it certainly is one of the best valued board. You can certainly brag about saving money for a faster CPU or a better sound card.

The KN1 SLI Extreme is a lot more impressive than the KN1 thanks to a better overclocking experience. The price, connectivity, and accessories are its strongest assets and should really give the competition something to worry about.

ECS has a few things they can improve, but their product is nearly perfect for the price. I think it’s time for us to throw away our notion of ECS being a generic motherboard manufacturer and start treating them as an up-and-coming force in the enthusiast market.  So if you’re one of those people who like waiting for cheaper products further down the line or just plain indecisive, you should take a look to see what ECS has in store. It’s hard to be disappointed judging from what I’ve seen.

Those are some pretty nice prices for this well-rounded board on Price Grabber. Feel free to use this service to find out how much it’ll cost delivered to you door!

As mentioned in Ryan’s review of the ABIT Fatal1ty AN8 SLI motherboard we are toying around with the idea of streamlining motherboard performance benchmarks. Seeing how a given  chipset model performs so similarly across different motherboard implementations, we wondered how important it was to duplicate the same tests over and over again when the differences were so minimal.

So as an experiment, in this review we’ve removed benchmarks all together. In its place we’ve focused more on features and other factors that may affect your purchasing decision. Please let us know what you think of this new style of reviewing. 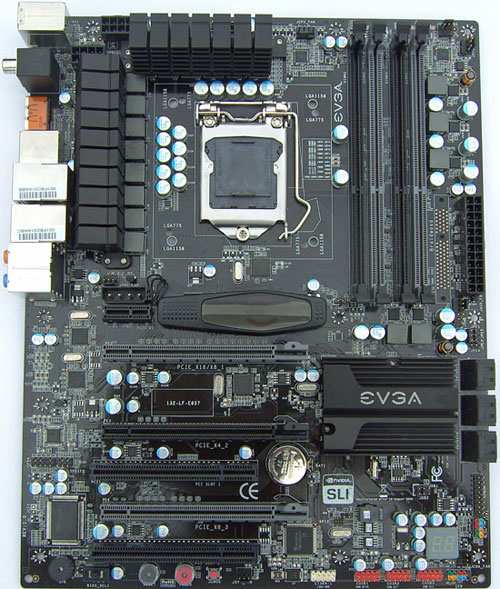 Eight motherboards you may want to meet