The BYOC and Vendor Area

Quakecon 2005 has come and gone, but that doesn’t mean it didn’t leave a good impression. Stop in here to see what you missed if you didn’t attend the best LAN party in the world!

Quakecon has always had a special place in my heart as one of the most fun and entertaining shows I attend on an annual basis.  Instead of business reps in suits and ties sitting around formal tables discussing plans, you might find PR reps talking with some media, or even the attendees in some IKEA techno-twirly-green chairs or sniping each other on some Battlefield 2.

This year’s Quakecon did things a little different than last, merging the vendor area and BYOC area (Bring Your Own Computer) into a single room instead of splitting them apart.  This gave the attendees a better chance to interact with the representatives of the companies that shelled out the hard cash that could make it all happen.  Kudos to the staff for making that happen.

The BYOC area is probably the only place most of you will be able to see several thousand computers running in a single room, in the dark, with gamers hollering at each other from across the expanse.  The atmosphere in the BYOC is always light and fun and just about any game that you enjoy will surely have a server running to hop in and play.

The BYOC was bigger than ever this year with a record number of gamers and spectators in attendance.  Here are a few shots of the BYOC in order to impart the sheer magnitude of the room.  (Some of these photos were taken from the Quakecon.org website.) 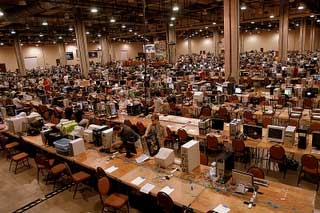 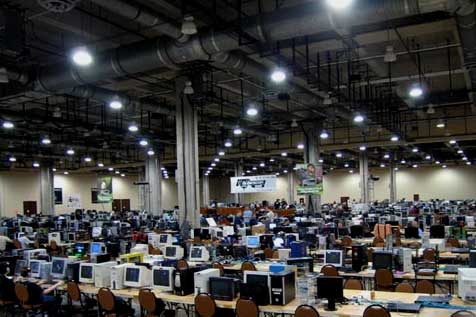 Of course most of the money for an event like this, including the gaming tournaments that went on during the show, is courtesy of the many sponsors that donate the money to the Quakecon staff.  Vendors are then allowed a space on the floor of the convention center to display there products and engage their audiences.

First up was the title sponsor of the event, NVIDIA, who ponied up money for the gaming tournaments as well.  Their booth featured several unreleased games on hand to play and test out.  NVIDIA staff handed out more than their share of free T-shirts to anyone that would come up to their booth.  Oh, and did I mention that their PC area had the multiplayer version of Quake 4 for all to enjoy? 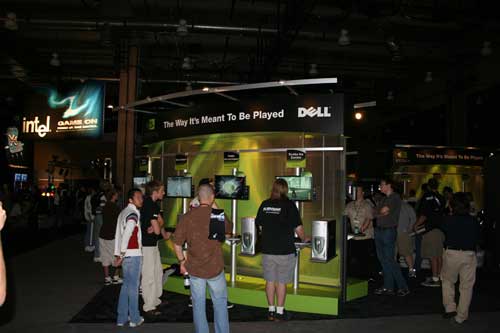 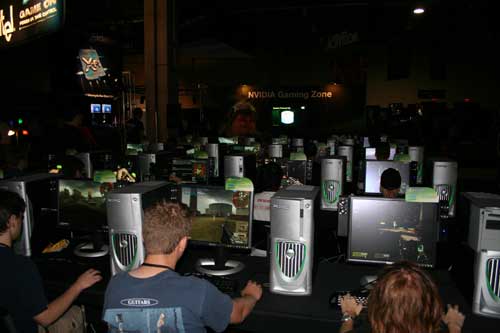 Hopefully everyone tried out Quake 4

The two other big sponsors were Intel and Creative Labs.  This was Intel’s first time at Quakecon as the processor sponsor has traditionally been AMD.  Intel’s booth showed off the newest Dell machines that included NVIDIA SLI motherboard and graphics cards playing the latest games.  They gave away a lot of shirts and accessories and a few processors to some lucky gamers. 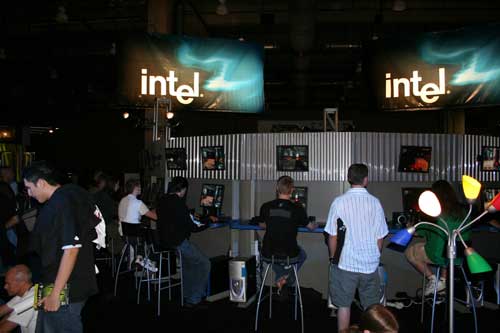 Creative Labs sponsored Quakecon in an attempt to spread the word about their newly announced X-Fi sound card product.  This new sound processing chip is supposed to be 24x more powerful than the previous Audigy line of cards, but we will wait to see what that means to sound quality and performance once we get a card in house to test with. 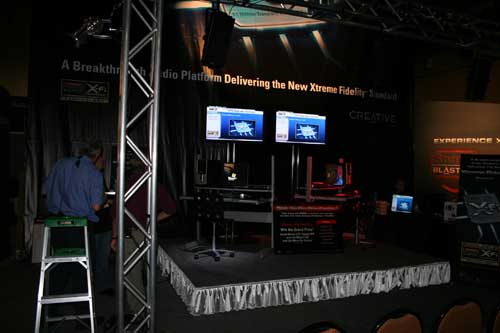 Of course, as a Fatal1ty product is in store for X-Fi, the man himself was on hand for the Fatal1ty Shoot Outs that have become so famous. 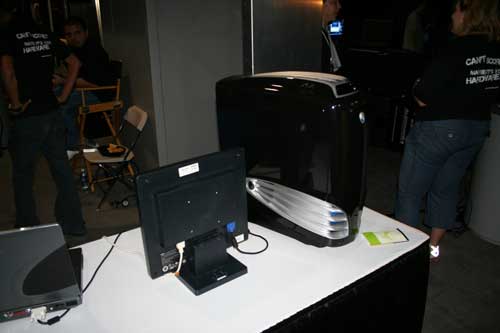 Alienware had some systems on display and a benchmarking contest too. 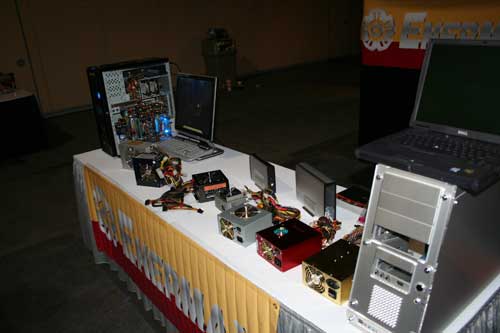 Enermax had their line of PSUs and cases on display 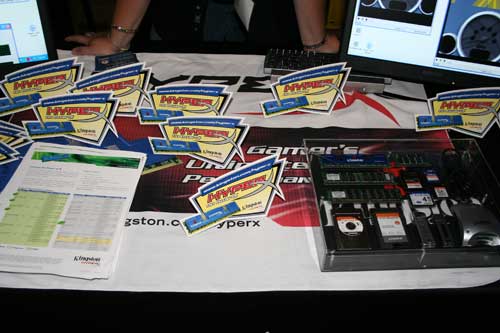 Here is Kingston with some memory products on display. 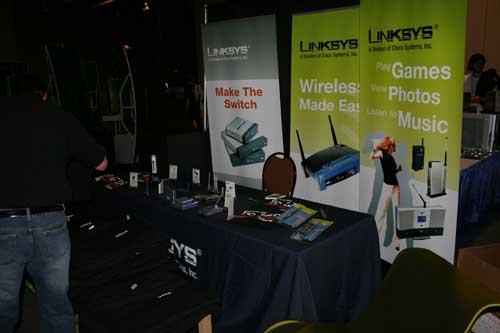 Linksys was showing off with some wired and wireless products. 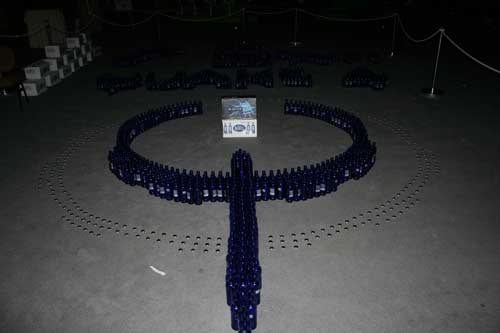 Here are some Bawls bottles aligned in the shape of the Quake logo.