The Cards and Extras

The early sample I received was sent before the new face plates for the heatsink were ready at XFX.  So while the card you’ll get in the box looks like this: 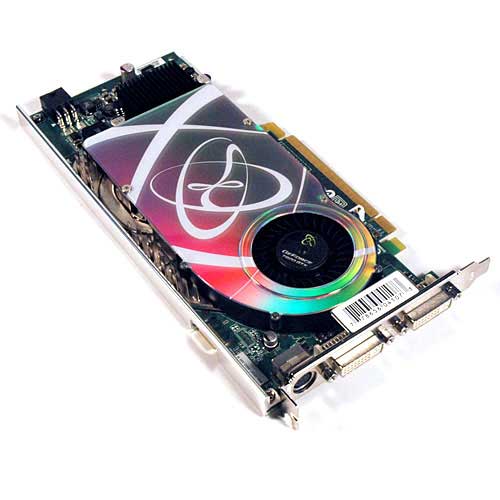 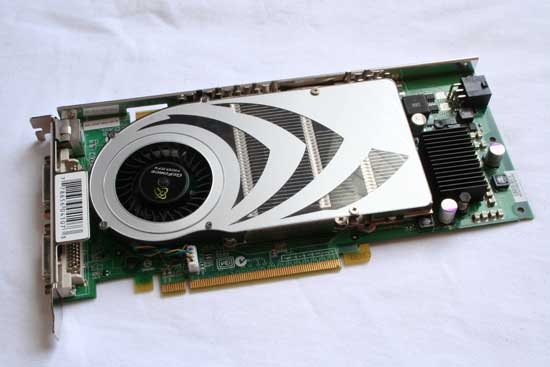 There is of course no functional difference between either card and the holographic, colorful faceplate is only for show and glamour.

You can see that both images show cards that have the exact same design as our reference card did and keep the same single slot cooling solution.  The XFX card does have an extra support bar running along the top of the card that makes things a bit more stable in the case especially when utilizing two cards in an SLI setup. 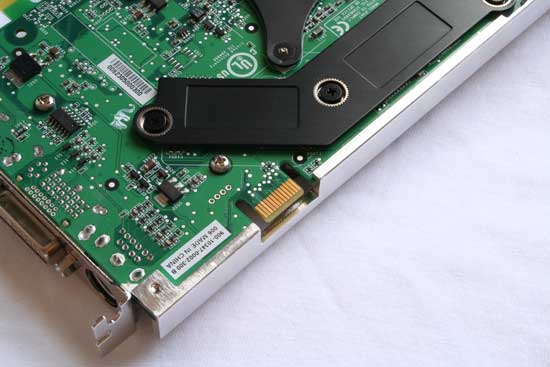 As I mentioned on the previous page, the lower clocked unit comes with a couple of extra goodies including these: 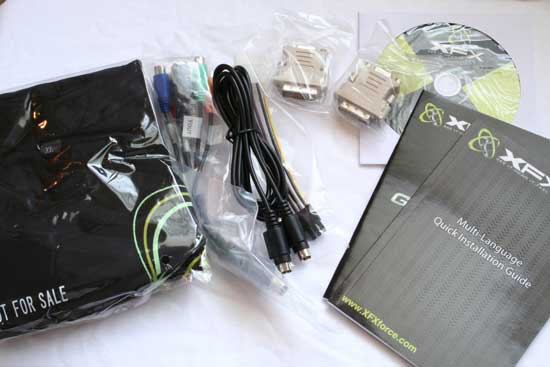 You can see the still wrapped T-shirt on the left, manuals on the right, two VGA to DVI adaptors and enough cables to take advantage of the features included on the card.  There is a power adaptor, a component video dongle and an S-video cable too for full use of the VIVO functionalities. 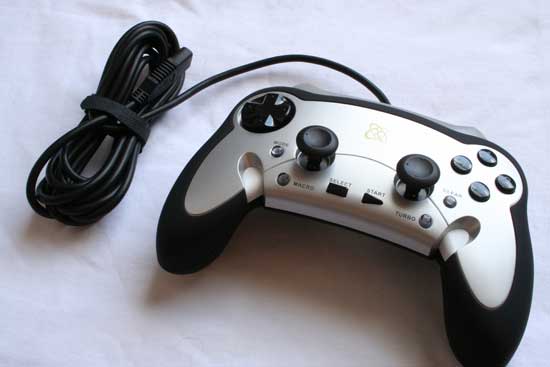 Also included with the XFX 450 MHz core model is an XFX PC controller that is actually a very nice bonus.  It looks and feels a lot like an Xbox controller and features dual reflex vibration, macro and turbo buttons and a 10 ft USB cable.  It feels surprisingly nice in my hands I wouldn’t feel guilty at all saying it was the best PC controller I have ever used.  This bonus is well worth it if you don’t have another quality controller of your own.

So let’s go over what we have on these cards so far:

You’re options appear to be either a slightly slower stock speed with the controller vs. a higher stock speed and no controller.  Take your pick, but first have a look at our benchmarks to see what decision you might make.