Of course, we couldn’t overlook the reference XPress 200 CrossFire Edition motherboard that was a requirement of our test bed.  The XPress 200 chipset remains largely unchanged since we looked at it in November of LAST year.  Lots of tweaks have been made to the chipset, but a lot more has remained the same.  Here’s a quick summary. 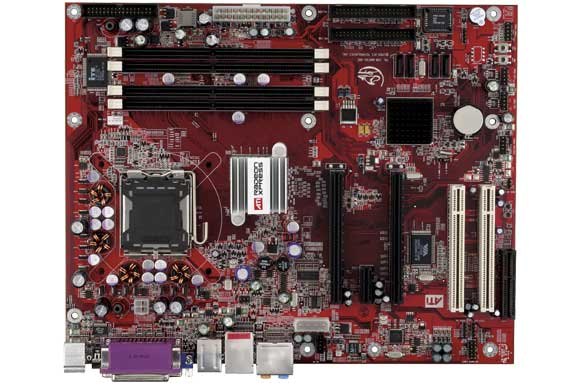 Like I said, not a lot has changed.  I really think the XPress 200 chipset needs to get a kick in the pants if it is going to start to sway buyers from the many features and performance enhancements found on NVIDIA nForce4 series of parts.  Luckily for ATI, most of the performance on the AMD platform lies in the processor and its embedded memory controller, as you can see in the benchmarks below.

It’s not all roses though, as the Radeon XPress 200 chipset has some known problems with the SB450 south bridge that slow down USB transfers, PCI Express x1 lane transfers and even PCI bus transfers.  While most of the time these wouldn’t be noticeable unless you are trying to run a Gigabit network inside your house, they are still important points to note.

Many thanks goes out ot Western Digital for supplying the external USB2.0 hard drives used for testing these features!

USB performance that low just shouldn’t happen in this day — it is a commodity item now and not having proper implementation of it is kind of sad.  Still.