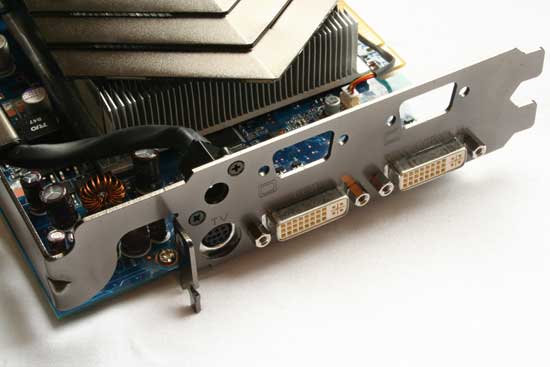 Looking at the face of the Asus N7800GT DUAL card we see two DVI connectors as well as a TV output along the bottom of the bracket.  Along the top we have two empty holes and the power adaptor socket to be plugged in to the external power supply.  What are those two holes for exactly?  Asus has promised us that those two slots are going to be filled with two VGA dongles that will allow this card to have quad-monitor output when not running in SLI mode. 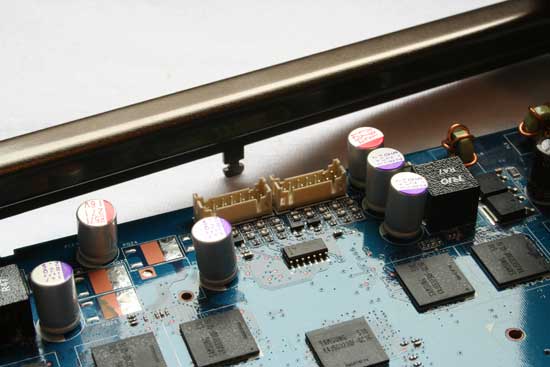 Here is where the VGA dongles will attach to on the card when they are ready and installed: under the power supply lines guard rail.

Having quad-monitor output on a single card is going to be a big selling point for a certain section of the enthusiast crowd.  While you are still unable to have the four monitors working when the N7800GT DUAL is in SLI mode (which should be most of the time for gamers) the upcoming Rel80 driver releases will allow you to enable and disable SLI without rebooting allowing a lot more flexibility for multi-monitor support.

Now let’s take a look under the hood of this massive video card. 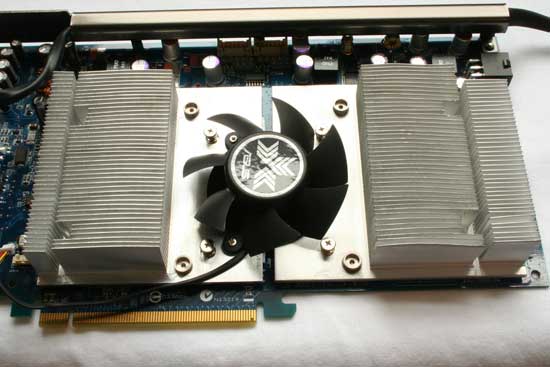 Removing the top sheath on the heatsink assembly reveals this underneath.  What we are seeing here is a single fan cooling both 7800 GT GPUs which explains why the fan speeds are pretty high, and correspondingly fairly loud.  What may not be apparent is that there are actually two heatsinks here attached directly to the fan and not to each other.  Both are identical (except for the 180 degree rotation) and attach to the card using the standard heatsink retention clips that we have seen on all the 7800 cards released thus far.

After a careful bit more prying, we can reveal the complete nakedness of the Asus N7800GT DUAL. 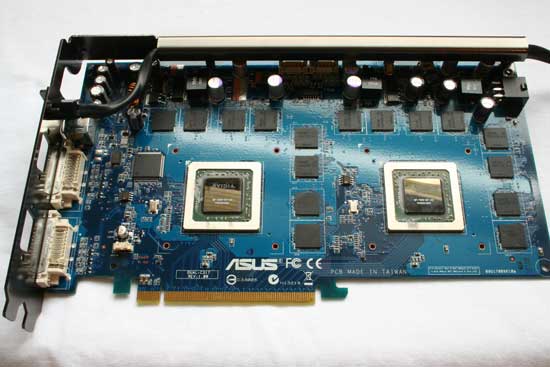 After cleaning up most of the goop on the GPUs we have this beauty seen above.  There are two standard NVIDIA GeForce 7800 GT GPUs surrounded by 256 MB of Samsung memory each for a total of 512 MB of this card.  Both chips have separate traces to the PCI Express bus and also share a connection of traces on the PCB between each other that acts like a faster version of the SLI bridge that spans the two graphics cards in a normal SLI configuration. 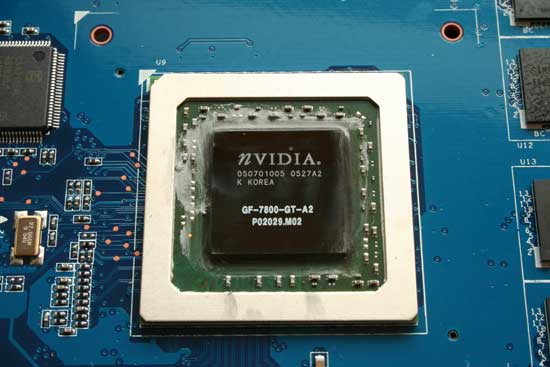 Here is a close up of the core on the left hand side; nothing special here as it is a familiar site to 7800 GT cards.  The default clock speed on both 7800 GT cores is 430 MHz which is 30 MHz faster than the reference core speed of 400 MHz from NVIDIA. 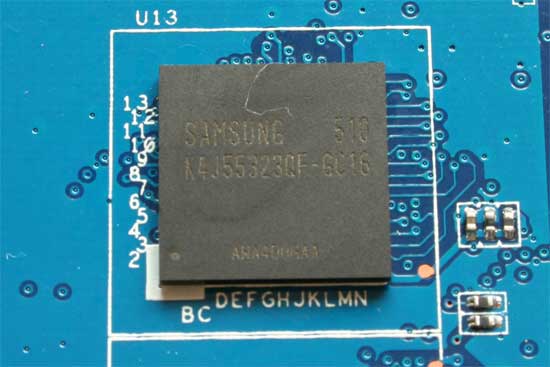 The memory chips that Asus used on their card are Samsung GC16 versions of the K4J55323QF stepping that are rated at 600 MHz, which is exactly what Asus has them running at on this board.  That puts the N7800GT DUAL’s memory bus at 1.2 GHz and 200 MHz faster than the reference specification from NVIDIA at 1.0 GHz.

We’ll touch on overclocking and power consumption after we look through the benchmarks, so let’s continue on. 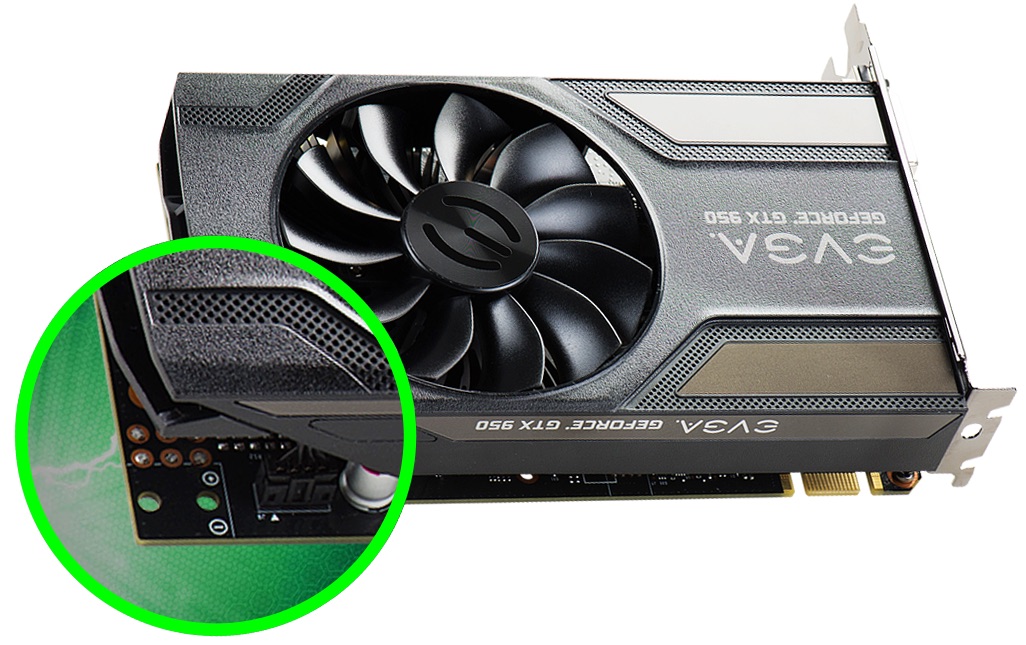