Unfortunately, due to a bug in Far Cry 1.33 that wouldn’t allow the enabling of HDR on our ATI cards, my current review will not be showcasing performance differences between these two cards in HDR modes.  However, I will show you a couple of quick screenshots from Far Cry (using NVIDIA hardware) that indicate the benefits of HDR from a visual stand point. 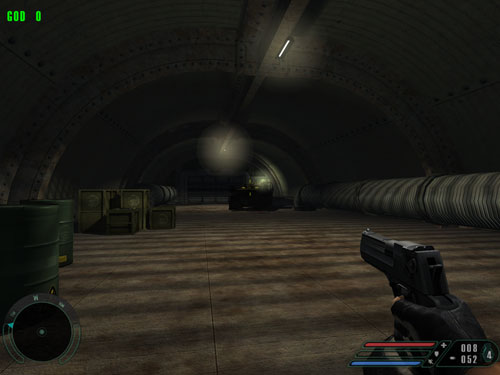 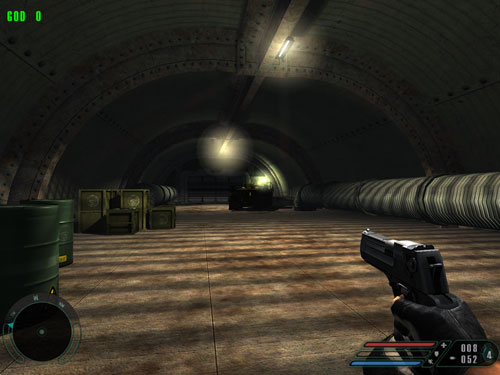 While it may simply appear that everything is brighter in the second image, in fact we are simply seeing a greater contrast between darks and lights.  Unfortunately, HDR lighting is extremely computer intensive and it takes a lot of horsepower to do it.  Since FC v1.33 wouldn’t enabled HDR on the ATI cards, we don’t have performance numbers yet.

The power consumption of these new X1000 series of graphics cards will tell us more than you might think right off the bat.  First, let’s look at the results.

As you can see, the X1800 XT is the new power leader; not exactly a title to go running after of course.  The overclocked 7800 GTX is not far behind it, though the stock speed GTX runs considerably lower on the power meter.  The X1800 XL finds itself at a much lower wattage under load compared to the XT model — a ~50 watt change!  Considering the higher wattage of the 7800 GT then, we can see why the performance of the XL might be under performing.

Performance per watt is something to look at i and it would appear that at the XT level, ATI has some more tweaking to do as it seems in order to keep up with the GTX speeds, the 16 pipes of the X1800 are working a bit of overtime.