ATI obviously put in a lot of work to improve the performance of the new X1000 series of GPUs, but they also spent quite a bit of time working on the image quality features of their new GPU family.  To this list ATI is adding full HDR support, HDR with anti-aliasing, adaptive anti-aliasing, improved texture filtering and better 3Dc+ compression.

High Dynamic Range has been all the buzz lately among game developers in the past several months.  While both ATI and NVIDIA have had some basic HDR support in their cards for at least a year, it wasn’t until the release of the 7800 series from NVIDIA and now the X1000 series from ATI that we are actually seeing HDR speeds fast enough to produce playable games.

Quickly, dynamic range is defined as the ratio between the highest and lowest value that can be represented in anything; from our eye sight to a games color reproduction.  The more bits of data that you have in a digital format, the larger the range you can reproduce.  For example, an 8-bit integer can produce a 256:1 dynamic range while a 16-bit floating point value can produce a 2.2 trillion:1 range.  Quite a difference, huh?  And while most displays like our monitors and TVs can only recognize values between 0 and 255 (8 bits per color component) software writers are using shaders to add tone mapping, light blooms, halos, lens flares and other affects around light sources that add to the realism of the image.  This math, however, is very GPU intensive and requires a lot of horsepower to be done correctly. 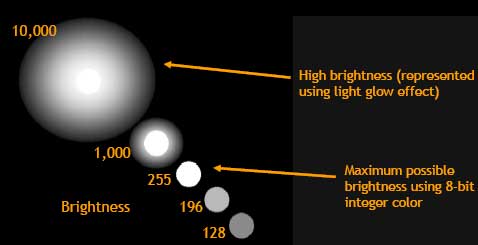 We saw some examples of HDR in action with the Far Cry 1.3 release on the G70 architecture last June and we can expect to now see the same image enhancements on the ATI cards as well.

ATI does do something with HDR that NVIDIA can’t claim to yet: anti-aliasing.  Currently, in order to have HDR working correctly on the NVIDIA 7800 or 6800 series of cards you have to disable any AA as both functions use the same logic on the core.  The ATI X1000 series does not have this limitation and thus can support running both HDR and AA at the same time and this fact will no doubt give ATI the image quality edge for the time being in games supporting HDR.

The other AA feature that ATI added to the X1000 series is support for what they call Adaptive AA. 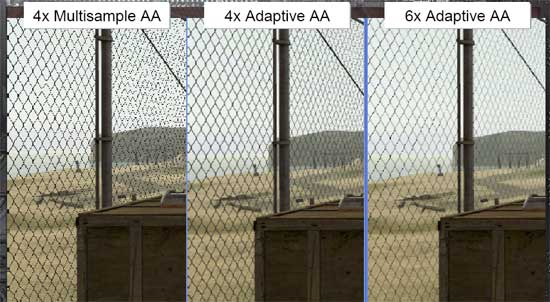 AAA as we are calling it is very similar to what NVIDIA released with the G70 core called Transparency AA.  This feature addresses a problem that has been brought up by many of an image quality analysis called the “alpha texture problem.” The issue involved the inability for all past generation hardware to support antialiasing of any kind on the interior of a texture mapped object.  The classic example is the interior edges of a fence that are merely flat polygons with a texture mapped to them that are ‘transparent’ at most points to produce a fence effect.  Prior to TAA and AAA those edges were always jagged no matter what AA settings you enabled.

One interesting thing to note is that both HDR AA and AAA are going to be applicable to CrossFire as well and can even be combined with CrossFire’s SuperAA technology.

Another notable improvement to the ATI image quality feature list is a new Anisotropic Filtering option called High Quality AF.  This new AF method is basically the ‘true’ AF in that it is angle independent and doesn’t attempt to modify the amount of filtering being done based on the angle of the users camera to the texture.  You may have heard this referred to as ‘angle dependent filtering’. 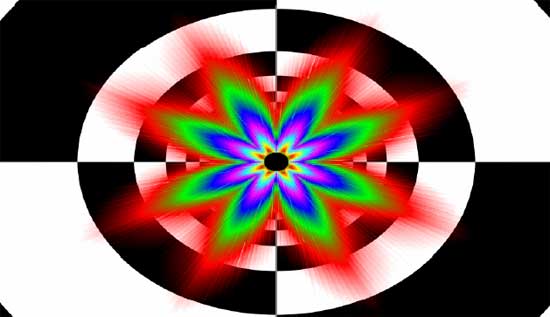 The above image shows ATI’s hardware rending a 16x standard AF texture.  You can see that at angles directly between 0, 45 and 90 degrees, the amount of filtering was decreased in order to increase performance.  This was done by ATI knowing that textures at those angles are much harder to perceive quality differences. 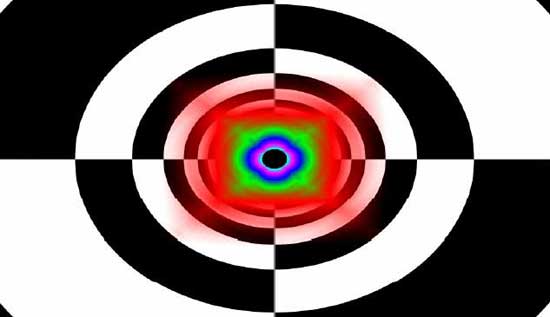 The new 16x HQ AF mode removes the flower affect and produces a much sharper image for texture filtering, at a very modest performance penalty. 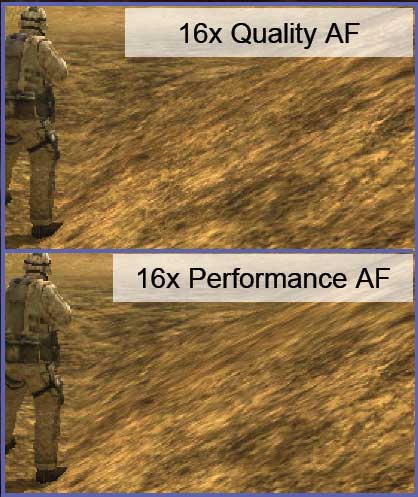 You can see above (though not as easily due to the compressed nature of the JPEG file) that the texture detail on the angled hill to the right of the BF2 character is much sharper in the Quality AF mode.