What we were more eager to see though was how that affected our overclocking!  The stock frequencies on the BFG 7800 GT OC WC are already running over what the NVIDIA specifications are by quite a bit.  Keeping in mind the reference clocks on the 7800 GT from NVIDIA are 400 MHz core and 1.0 GHz memory: 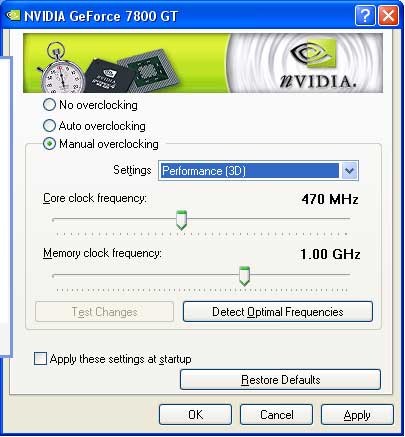 BFG overclocks the GT 70 MHz on the core and leaves the memory alone out of the box.  That is a 17.5% increase in clock speed. 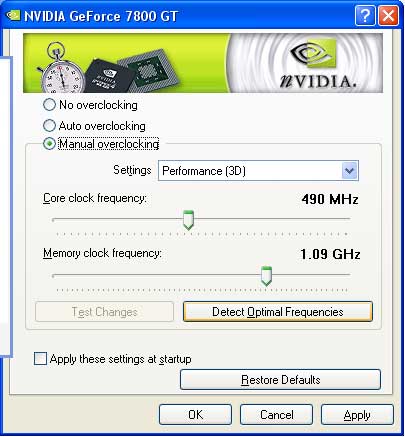 Just by hitting the ‘Detect Optimal Frequencies’ button in the driver, we were able to get these additional overclocked results.  That is a 20 MHz faster core than stock and 90 MHz faster memory clock over the stock settings and a 22.5% increase over reference core clock and 9% increase on memory clocks.  Not too bad!  But what could we get with a little manual tweaking? 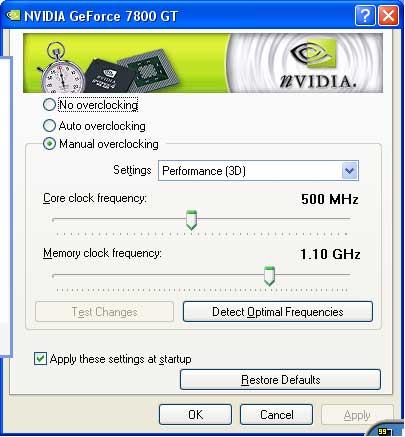 That’s pretty impressive, an additional 10 MHz on both the core and memory clock give us a 500/1.10 total overclock.  That gives us a 25% faster core over the reference cards and a 10% faster memory system than reference.  No doubt that will translate into some serious performance.

Being as we know the 7800 GT core and the 7800 GTX core share the same basic architecture with the only difference being fewer pipelines on the GT, it makes sense that we would be able to see overclocks like this off of a part with obviously high yields.  Surely BFG is sifting through their supply of 7800 GT chips and putting the premiere ones on these water cooled units, but I can’t say for sure.  In any event, this water cooled 7800 GT is a real enthusiast card.

For our review I decided to compare the BFG 7800 GT OC WC against the other 7800 GT retail card we have reviewed: the XFX 7800 GT OC.  This card runs at 450 MHz core out of the box, so even in standard clock modes the BFG holds a 20 MHz advantage.  Of course I also included results from the top overclocked configuration as well.

Being as so few of the retail cards we are seeing for sale of the 7800 GT actually use reference clocks, I saw no reason to include a reference card in this comparison. 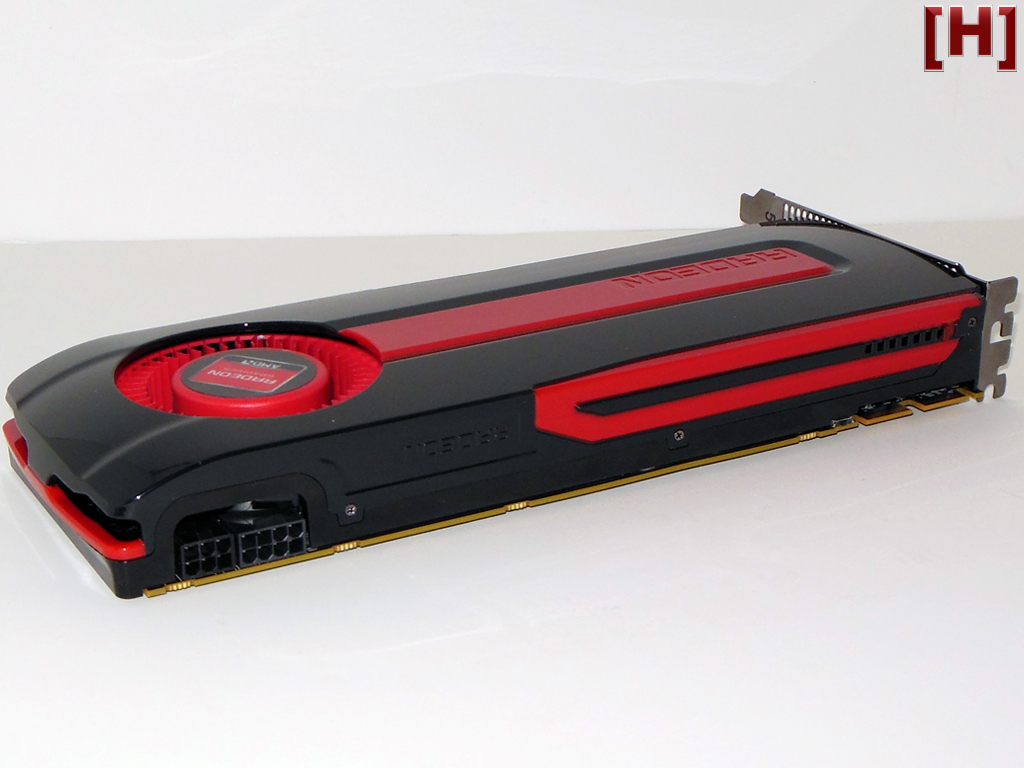