Audio
I have always found on board audio on laptops a disappointment, but you really can’t compare laptop audio that audio on a desktop PC. The audio on the V2410, however, is decent as far as laptops go. The Altec Lansing integrated speakers do a very good job at sound definition – you can hear a lot of little details in the movies and MP3s you play. It goes without saying that the bass is essentially non-existent on this system. The speaker location is great for producing an enveloping sound field but gets muffled when you’re typing on the keyboard. 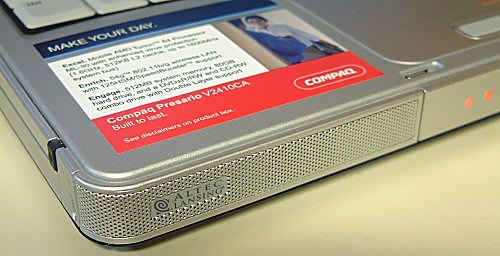 The Altec Lansing speakers have good definition but lack bass.

Networking
Networking on the V2410 is easy and straight forward. The laptop has an integrated 10/100 MB Ethernet and 802.11g WiFi offered by Broadcom. I found that the sensitivity of the WiFi antenna just isn’t as good as some DELL and Apple laptops. I did a brief survey of some co-worker’s wireless monitors and found that there were able to get stronger signals from weaker sources than the Presario V2410.

This normally isn’t a concern when there are multiple strong signals to choose from, but it is an annoyance when you know there’s a wireless signal three floors down and you need to send off an important email.

Software
The software that comes with the V2410 is decent and most importantly not bloated or harmful. The system comes pre-loaded with Windows XP Home with SP2 and Symantec Internet Security which allows you to get networking with some reasonable assurance against malicious code. Other handy software includes WinDVD and Sonic MyDVD for watching and burning discs. A full copy of Microsoft Works and a trial of  MS Office 2003 are loaded, but will hardly suffice for any user serious about getting work done on their laptop.

There is no proprietary software except for the HP Wireless assistant which can be removed since Windows already does a decent job at detecting and connecting to wireless networks.

A separate CD contains an image of the factory installation of the laptop. 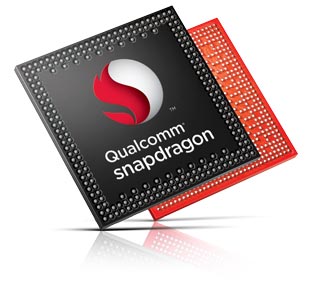 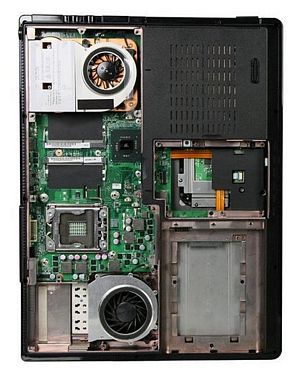 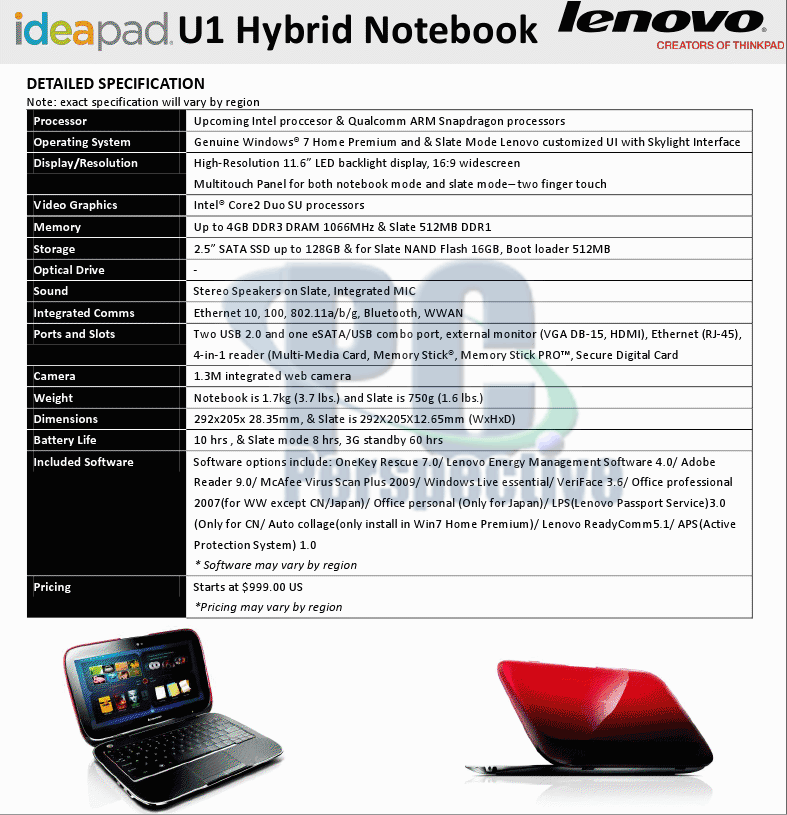