Asus is almost always on the cutting edge of motherboards by releasing well designed boards first to the market.  They work very closely with NVIDIA on all their chipset launches and over the years that partnership has produced some of our favorite motherboards here at PC Perspective. 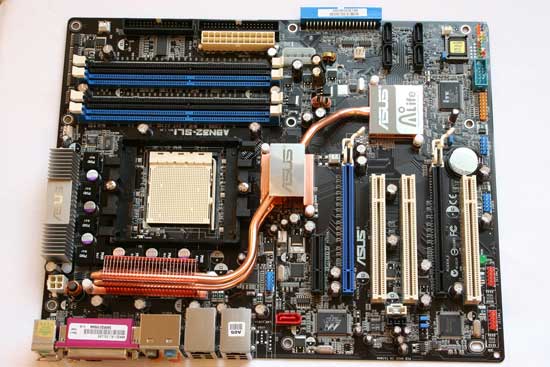 If you are familiar with the Asus A8N-SLI Premium motherboard design then this should look very familiar to you.  The layout and cooling features pretty are similar though there are some minor changes that were required with a two chip design. 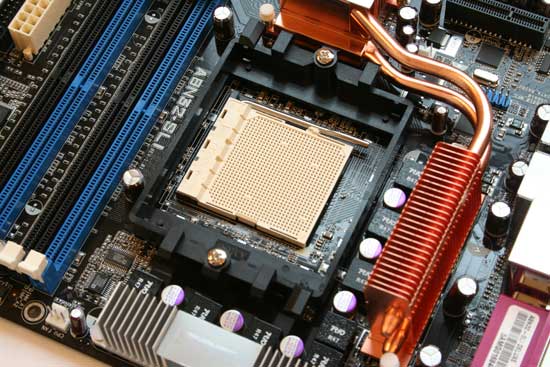 The processor socket remains unobstructed with capacitors and the DIMM slots and MOSFET heatsink are far enough away from the socket to allow for water cooling or larger than standard heatsinks to be installed. 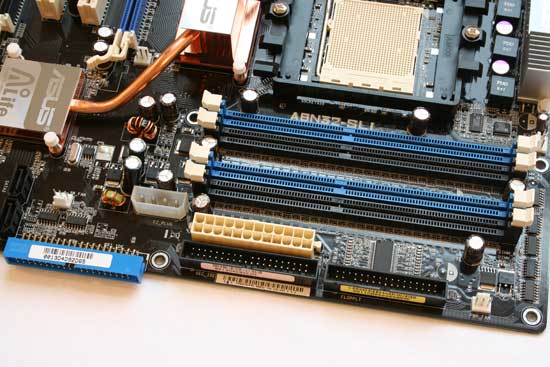 Here we see the four DIMM slots that support up to 4 GB of DDR400 memory; the first blue/black set is channel 1 and the second set is for channel 2.  The first two DIMM modules should go in the blue slots for 128-bit memory support. 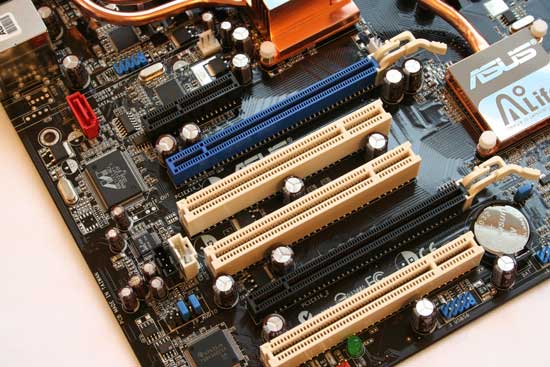 Here are the expansion slots on the A8N32-SLI that of course includes two full x16 PCI Express slots for graphics cards and only one other x4 PCIe slot.  There are three legacy PCI slots on the board, but if you are using dual slot graphics cards then you really only have a single PCI slot open, the just above the secondary graphics slot. 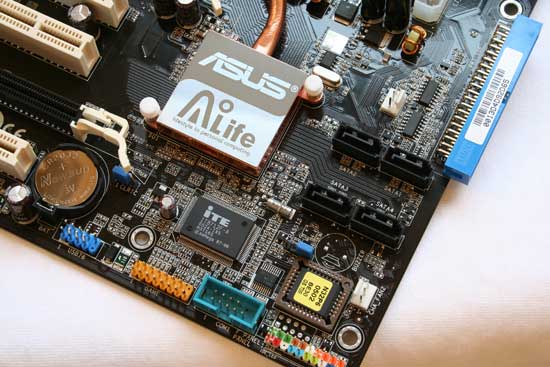 Underneath this small heatsink is the NF4 SLI X16 south bridge, the MCP.  The four SATA channels are shown here, all compatible with SATA II 3.0 Gb/s specifications courtesy of the NVIDIA chipset.  Asus did include another SATA chip on the board, but not on this section of it.  Using a Silicon Image 3132 chip Asus added a SATA port up above the PCI Express connectors and one to the external connectors on the rear of the PC that allows you to easily connect external SATA drives to your system without opening the case. 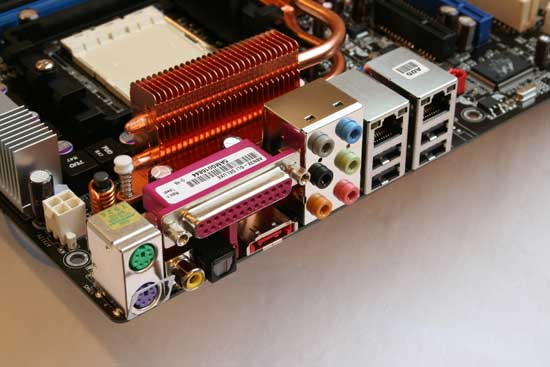 Speaking of those external connectors, here they are.  The usual PS2, parallel and USB ports are here but there is no Firewire port directly on the back panel.  Asus does include a dongle for that purpose though.  Audio output with 7.1 channels is available and both optical and coaxial SPDIF output are provided as well.  There are two network ports here, one powered by the on-board NVIDIA Gigabit network and the other is an external Marvell chip that connect via PCI Express to the motherboard making it nearly as fast as the integrated NVIDIA solution.