Board Cooling and Box Extras

Asus has included some unique cooling features on the A8N32-SLI in much the same way they did with the previous A8N-SLI Premium. 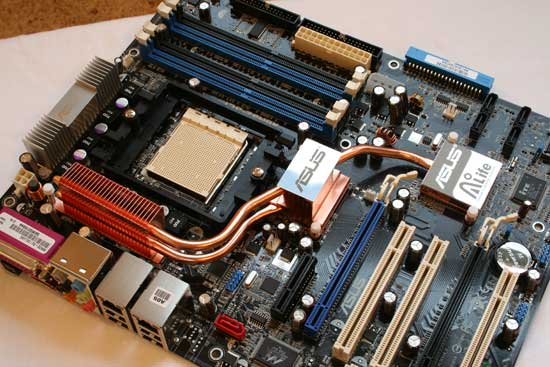 First up is the all copper heatpipe that Asus is using to passively cool the north and south bridge chips as well as the MOSFETs up there to the left of the CPU socket.  The south bridge has a small heatsink that is low enough to not interfere with any GPU coolers or PCB.  The north bridge has a much larger heatsink that then leads to the largest one over the MOSFETs.  The fins on that final leg of the heatpipe then transmit the heat out into the case efficiently with the air provided by the CPU heatsink fan. 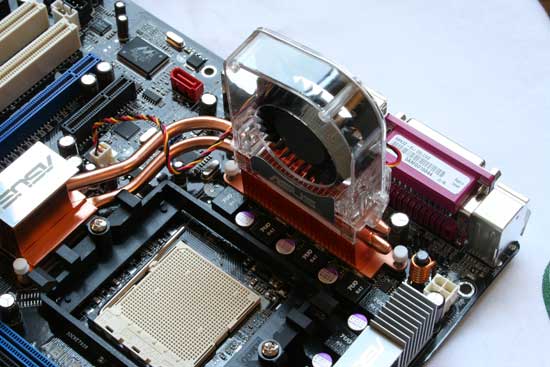 But what if you use liquid cooling or some other alternative cooling for your processor?  You won’t have the typical fan that Asus says should provide enough air flow to cool the chipsets.  For this, they have included a small fan that mounts on the large MOSFET heatsink that blows air through the fins and cools the heatpipe system down.  It is entirely possible that you won’t need this even with water cooling in your system — in fact my test setup uses water cooling and everything ran fine without this fan attached.  However, if you plan to do overclocking or just want that extra boost of stability confidence then installing this relatively quiet fan is a no brainer. 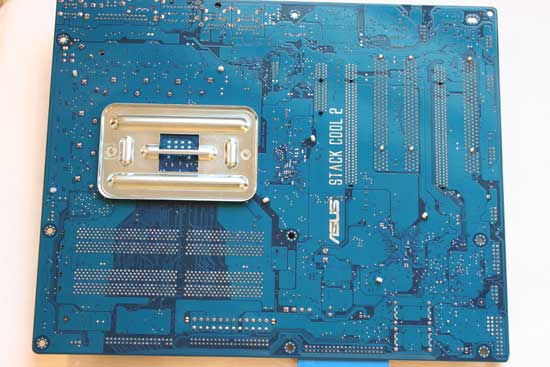 The Asus Stack Cool features makes a return here under the psuedonym “Stack Cool 2″…which is really the same idea; a large “heatsink” that takes heat on to the back of the motherboard via the solder points in order to distribute the cooling work load throughout the entire system and case.

The A8N32-SLI Deluxe motherboard comes with pretty much everything you’ll need to get your system up and running except the other components, of course. 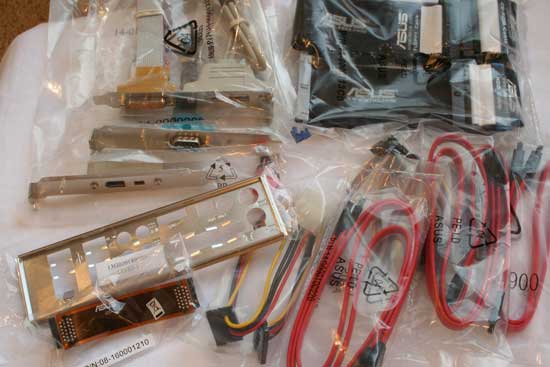 There are six SATA cables, two IDE cables and a single floppy cable included in the package.  SATA power adaptors, serial and game port dongles and Firewire/USB dongles are also included.  A flexible SLI bridge was included instead of a fixed width PCB one this time around which still works just as well.

The Maximus III Gene is a real charmer