The Sound Blaster X-Fi is marketed as a sound card for the future, but does that mean you should buy one now? We go beyond frame rates to give you a different perspective on Creative Lab’s latest sound card. Update Nov 3rd, 2005: NF4 and X-Fi seem to have some compatibility issues.

When compared to the graphics market, audio technology has been crawling along at a snail’s pace. However, PC-based entertainment is under more intense competition thanks to next generation consoles and home theater systems. With the new X-Fi product line, Creative Labs is hoping to give a very strong reason to continue using their PC system for gaming, entertainment, and audio production. 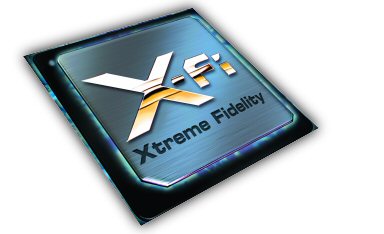 The X-Fi sound card uses a brand-new architecture called “Audio Ring” which Creative Labs touts as the next generation in audio processor design. I have to admit, the new architecture looks very exciting, so let’s take a closer look!

Reinventing PC Audio Processing
Traditionally, audio processing is a serial procedure which means that every signal has to pass through a series of processes before being output. Of course there are improvements done here and there to this method, but largely this way of processing audio was inefficient because each bit needed to go through each step regardless whether it needed to or not.

Creative Labs has designed a new, and more efficient way of processing audio called the “Audio Ring”. Instead of following a laid out sequence as above, it uses a modular topology that allows for mixed signal routing. This means that each signal passing through the processor can take whatever route is necessary for that bit of information. This means that more complex operations can be performed on signals more efficiently while avoiding any uneeded steps.

Each part of the ring is coordinated by the Mixer. Since it’s the Mixer’s responsibility to combine audio information in the end for output, it makes sense that the Mixer is also responsible for directing all the other parts in the process. As critical as this all sounds, the Mixer is not the most important feature on the new Sound Blaster X-Fi card.


The above chart outlines the number of data path MIPs (Millions Instructions Per Second) each part of the Media Ring is capable of. As you can see, the SRC node gets the lion’s share of the data paths, followed by the Mixer and DSP. Creative Labs has placed an emphasis on the DSP and SRC for a reason, so let’s find out why. 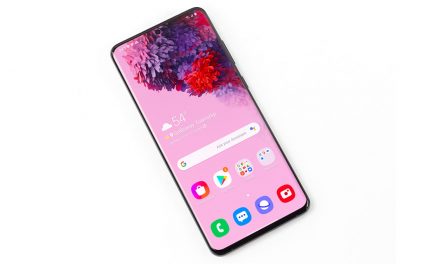 Close Up With The Samsung Galaxy S20 Ultra