NVIDIA has released an ATI killer today — a 512 MB version of the 7800 GTX with a 550 MHz core clock and a 850 MHz memory clock! This GPU on steroids is costs quite a pretty penny, but if you want the top gaming performance in your PC, this is going to be the card to get.

When NVIDIA launched the 7800 GTX graphics card back in June 22nd it was by far the fastest GPU on the market and ATI had nothing to counter it with.  ATI finally did launch a counter in the form of the X1800 XT on October 5th and was able to return to the neck and neck race that we had expected.  But ATI’s card was using 512 MB of memory and a very high frequency while the NVIDIA 7800 GTX GPUs were only using 256 MB and still quite a bit of headroom in them for overclocking as many of our reviews have shown.

When the ATI launch hit, everyone knew it wouldn’t be long until NVIDIA came swinging back.

If there was one thing that NVIDIA was adament about during the X1800 XT launch, it was that what the media should be comparing the 7800 GTX to was in fact the X1800 XL.  Their reasoning was that the prices were more closely matched there than with the XT model and both only features 256 MB of memory.  They promised a new card would be coming very soon with a larger frame buffer and faster clocks that would be on the same price level as the X1800 XT.

What I expected was a 7800 Ultra; but we got the 7800 GTX 512 MB.  Or something like that…  First, note that the basic architecture of the 7800 GTX 512 MB remains unchanged from the previous 7800 GTX models.  We are still dealing with the same 24 pixel shader and 8 vertex shader architecture that we discussed in great detail in our initial 7800 GTX review. 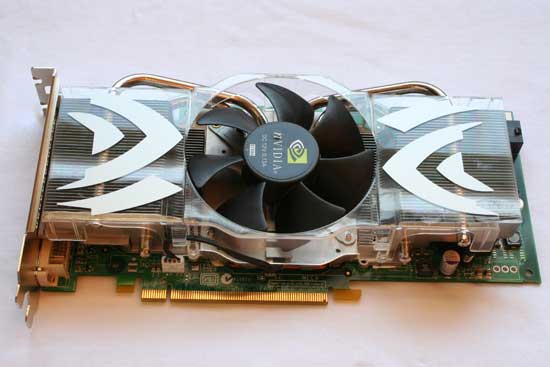 As you can see, the 7800 GTX 512 MB makes a return to a two slot cooling solution with a heatpipe design that moves heat to a much larger heatsink area than what covers the GPU.  A single large, but impressively quiet fan, is centered on the heatsink and blows air both out the back of the card and out through the front. 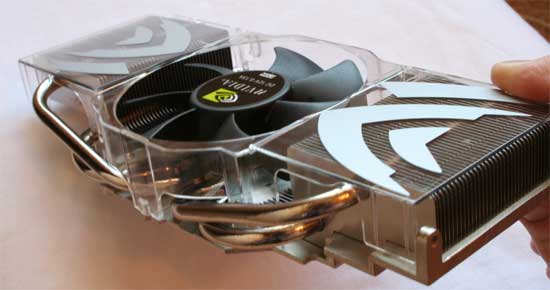 With NVIDIA touting such great use of power and a single slot cooling solution with the 7800 GTX, why did they return to the two slot design now?  A much higher core clock and memory clock are to blame.  Here are the reference specs from NVIDIA:

Those are very impressive clocks!  Going from the reference clocks on the original 7800 GTX of 430 MHz core and 600 MHz memory clock we have a 27% increase in core speeds and a 41% boost in memory speed.  Surely nothing to sneeze at and if ATI wasn’t worried before, they should be now.  How was NVIDIA able to hit speeds this high?  Obviously the new cooling solution was a requirement for clocks this high and by tweaking the same 0.11 micron process that all the other 7800 GPUs have been built, NVIDIA is able to squeeze even more out of a core that had lots of room to grow. 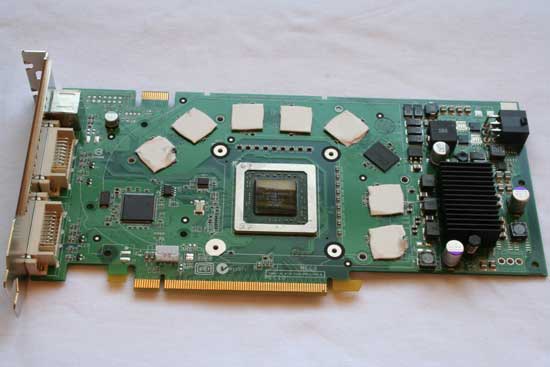 Here’s the card without that hefty heatsink on it showing the GPU and Samsung memory chips. 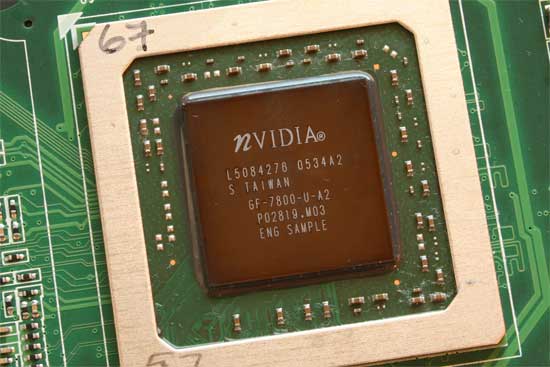 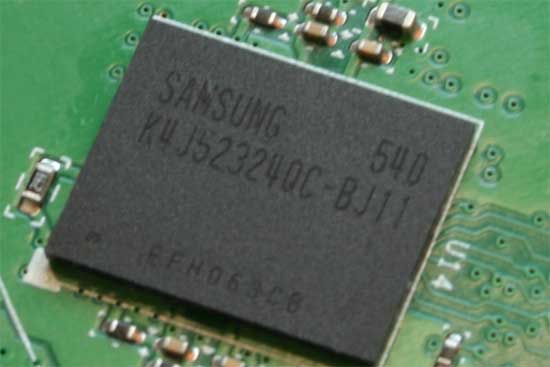 The Samsung memory modules that NVIDIA chose for the 7800 GTX 512 MB are actually rated 900 MHz, though they are only running at 850 MHz at reference speeds.  NVIDIA has purposely left some breathing room in the GPU and memory speeds in order to allow their card vendors to provide more robust solutions to the market.  Basically, you can be sure you’ll see pre-overclocked 7800 GTX 512 MB cards soon, if not today.

Of course all this power comes at a cost.  The suggested price from NVIDIA for this card is $649.  Ouch.  Now, with that in mind, we have seen NVIDIA’s MSRPs continually broken by retail boards available the day of release!  When the 6800 GS was released boards could be found that day for nearly $50 under the MSRP!  Will that happen today?  While I don’t know how likely that is with this being such a small market, I don’t think we’ll be seeing any shortages or price gougings.