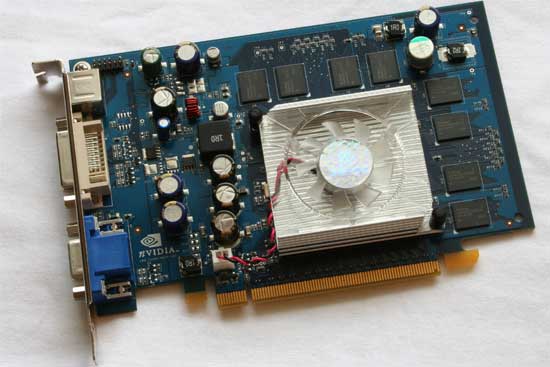 You can see that the heatsink is pretty small and the fan is slow enough to remain quiet.  As you’ll find in our overclocking results, this doesn’t mean the GPU is near overheating by any means.

There are no heatsinks on the memory since the chips are running at only 400 MHz (800 MHz DDR) and don’t need the additional cooling like we saw on the recently released 1.7 GHz speeds on the NVIDIA 7800 GTX 512 MB.

There is no power connector on the card as the 6600 draws all the power it needs from the PCI Express bus.  The SLI connector is also missing from the top of the card but that doesn’t mean the cards aren’t SLI capable; they just don’t need the added bandwidth of the card-to-card connector. 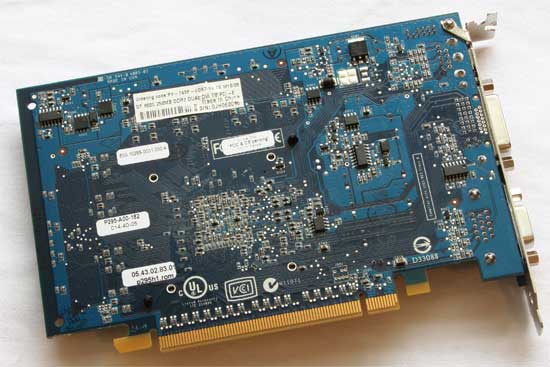 The rear of the card isn’t hiding anything either. 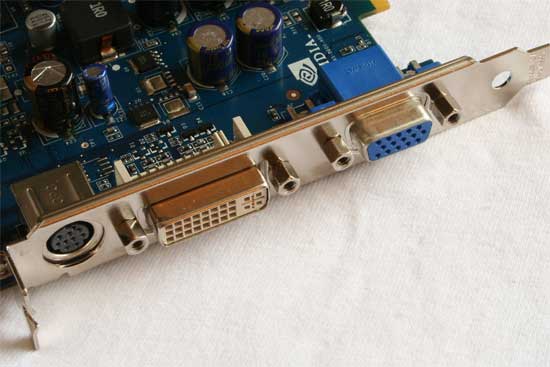 The XFX 6600 DDR2 card has three connectors on the back plate that include a TV-output, one DVI-I port and a VGA connection.  Some users may miss having dual-DVI connections but XFX knows that the majority of the users looking at sub-$100 video cards aren’t going to need that feature. 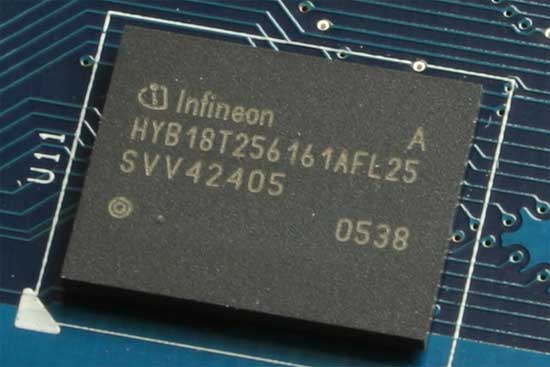 The Infineon memory chips used on the XFX card are rated at 400 MHz at 2.0v.  Without good memory cooling you can expect that our memory overclocking results won’t be too outstanding.  Eight of these chips total up to 256 MB of total memory. 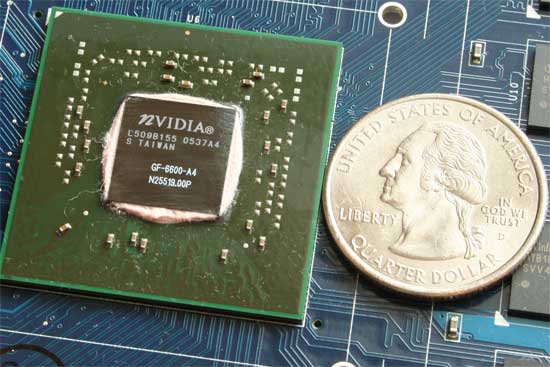 The GPU on the card is very small, as we would expect from an 8-pixel pipeline GPU that has been refined over the last year and a half. 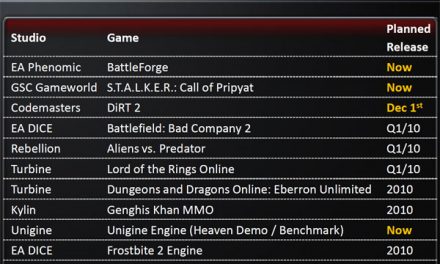