The Components and Overclock

To go along with the X2 3800+ processor, I had to choose some other components (that would also end up in my new system) that would allow the X2 to overclock to its potential as well.

My motherboard of choice was the latest SLI motherboard from Asus, the A8N-SLI Premium.  Using passive cooling instead of a noisy fan, this motherboard would suite my tastes nicely.  It had adequate overclocking controls in the BIOS as well to get the job done. 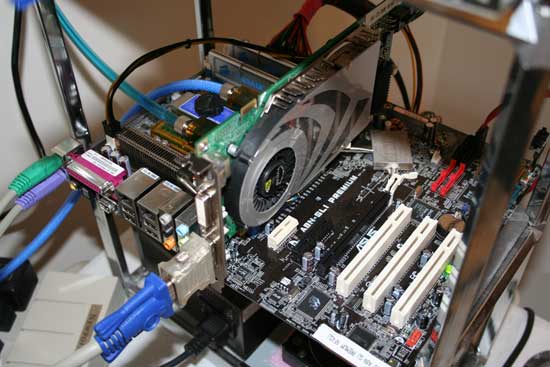 I also chose to go with an NVIDIA 7800 GTX reference video card as well as I just happen to have an extra one of these sitting around.  Would I have had to purchase one, I probably would have gone with the 7800 GT that can be found for around $300.

I knew that moving from 1 GB to 2 GB of system memory was going to be a requirement of my system as I have dozens of windows and applications running at any given time during working hours.  Corsair sent along a pair of their new TwinX 4000 PT modules. 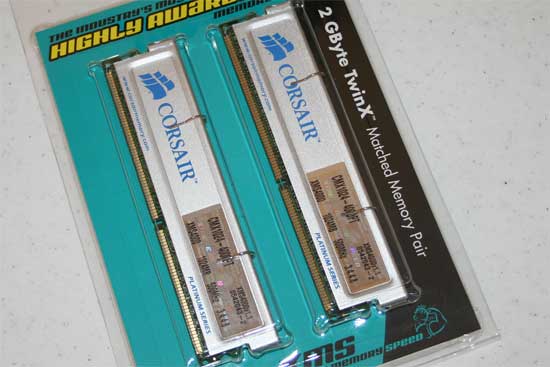 Below are some screenshots from CPU-Z showing the default information for both the 4800+ and 3800+ processors.

You can see our memory timings are a little tighter than Corsair specifies while running at 400 MHz DDR.

Let’s start by pointing out that my overclocking needs are probably a lot different than the majority of overclocking enthusiasts.  I wasn’t going for the absolute fastest processor configuration I could get; I just wanted a fast and stable system and I didn’t want to pay a lot of money for it.

You can see that I was able to bump up the internal frequency to 250 MHz over the default 200 MHz and get a 500 MHz overclock out of the processor without a second thought.

And by changing the memory multiplier in the bios from 400 MHz to 333 MHz (badly designed BIOS working is all) we got a memory clock rate of 416 MHz that still allowed the Corsair modules to run at tighter timings without any stability problems at all.

Overall we get a 25% overclocking going from 2.0 to 2.5 GHz without the risk of causing instability in the memory bus or PCI bus for basically nothing.  I am quite sure that this 3800+ could go further than the 2.5 GHz we specified here but that wasn’t the goal I was going after.  You all can report your top results to me anytime you want!