ATI has prepped their new X1600 Radeon Mobility GPU for release today marking the first mid-level next generation notebook part since the X700 and 6600 GPUs. Does this 90nm X1600 have the muscle and light step to make a great notebook solution?

With product shortages and NVIDIA’s aggressive sales and marketing, ATI is desperately looking for a quick way to catch up and gather back the attention of OEMs and consumers.  The recent release and announcement of the new X1000 series of GPUs was the beginning of ATI’s counter-attack and we were told that the move to mobile market would be done quickly.  No doubt an attempt to get in the door before NVIDIA’s mid-range products are announced, the ATI Radeon Mobility X1600 product is being announced today.

Unlike the X1000 desktop release, ATI is not going for a complete lineup of product for this first mobility release.  They chose to focus purely on the X1600 part this month, and will announce the other products early next year. 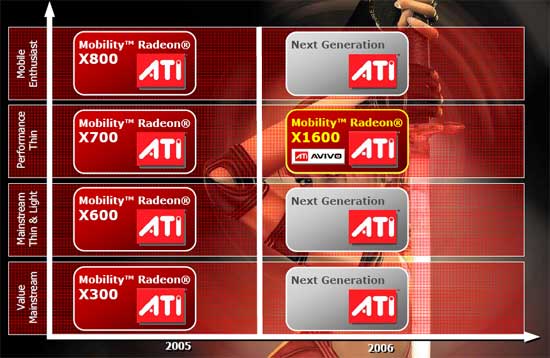 ATI is aiming the X1600 mobile GPU in the performance/thin segment of the notebook market which basically is a stop between “thin and light” and “thin and heavy”.   Notice that ATI has already penciled in mobile parts to replace the X800, X600 and X300 but they are not being announced today. 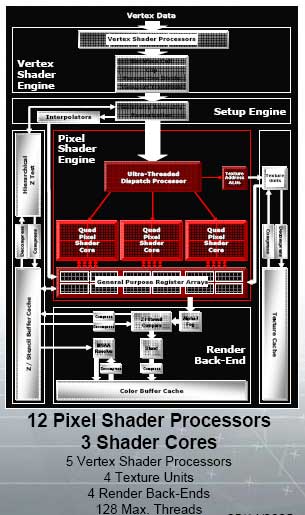 This is the core diagram for the X1600 mobility part; and it looks basically identical to that of the desktop X1600 part with 12 pixel pipelines and 5 vertex pipes. 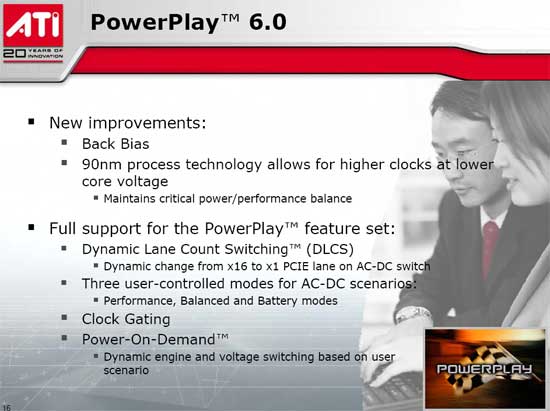 ATI’s PowerPlay feature comprises of the various power management features in the mobile GPUs.  ATI added a couple of new technologies and updates the others.  Noteworthy is the fact that ATI is pushing their move to 90nm as the key reason they have been able to maintain a high frequency with lower power requirements.

ATI still has support for dynamic lane count switching that allows the GPU to only power a single PCI Express lane when the added bandwidth is not needed.  Updated and improved frequency and voltage management algorithms were included and of course the ever popular clock gating.  Clock gating physically shuts down portions of the GPU when not in use; the desktop X1600 mobile GPU has finer support for clock gating than the desktop counter-part. 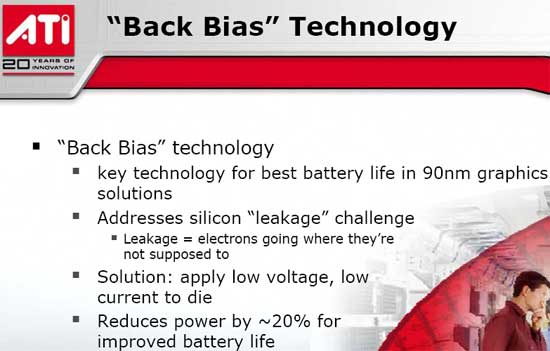 Back bias is a new technology that ATI is introducing on this generation of mobile GPUs that provides a partial answer to the gate leakage issue that plagues chips built on smaller and smaller process technology.  At 90nm, the leakage issue is more prominent than on previous 110nm technology.  The back bias technology counters this by using a very low voltage, and more importantly, a low current to the GPU that helps prevent electron leakage by about 20%.  This technology can only be used when not running in a high GPU usage model so it won’t help game play battery times but will help road warriors. 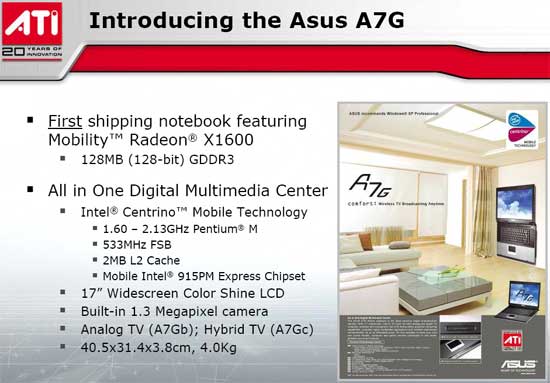 For our quick testing and our introduction to the X1600 GPUs, the Asus A7G notebook was used.  A previously unreleased product, Asus has the first shipping X1600 notebook here that features a 128 MB GPU frame buffer.  You can see the rest of the specs in the slide above that includes the Intel Centrino platform, a 17″ widescreen display, and more.

Of course in our presentation we were provided with some benchmark numbers from ATI.  As we always recommend here, you should take corporate benchmarks with a grain of salt, but these should give you a quick look at performance.  (We have our own benchmarks on the following page.)

The ATI Moblility Radeon X1600 has a good performance lead over the GeForce Go 6600 — though whether that turns out to be the direct competition to the X1600 for much longer has yet to be seen. 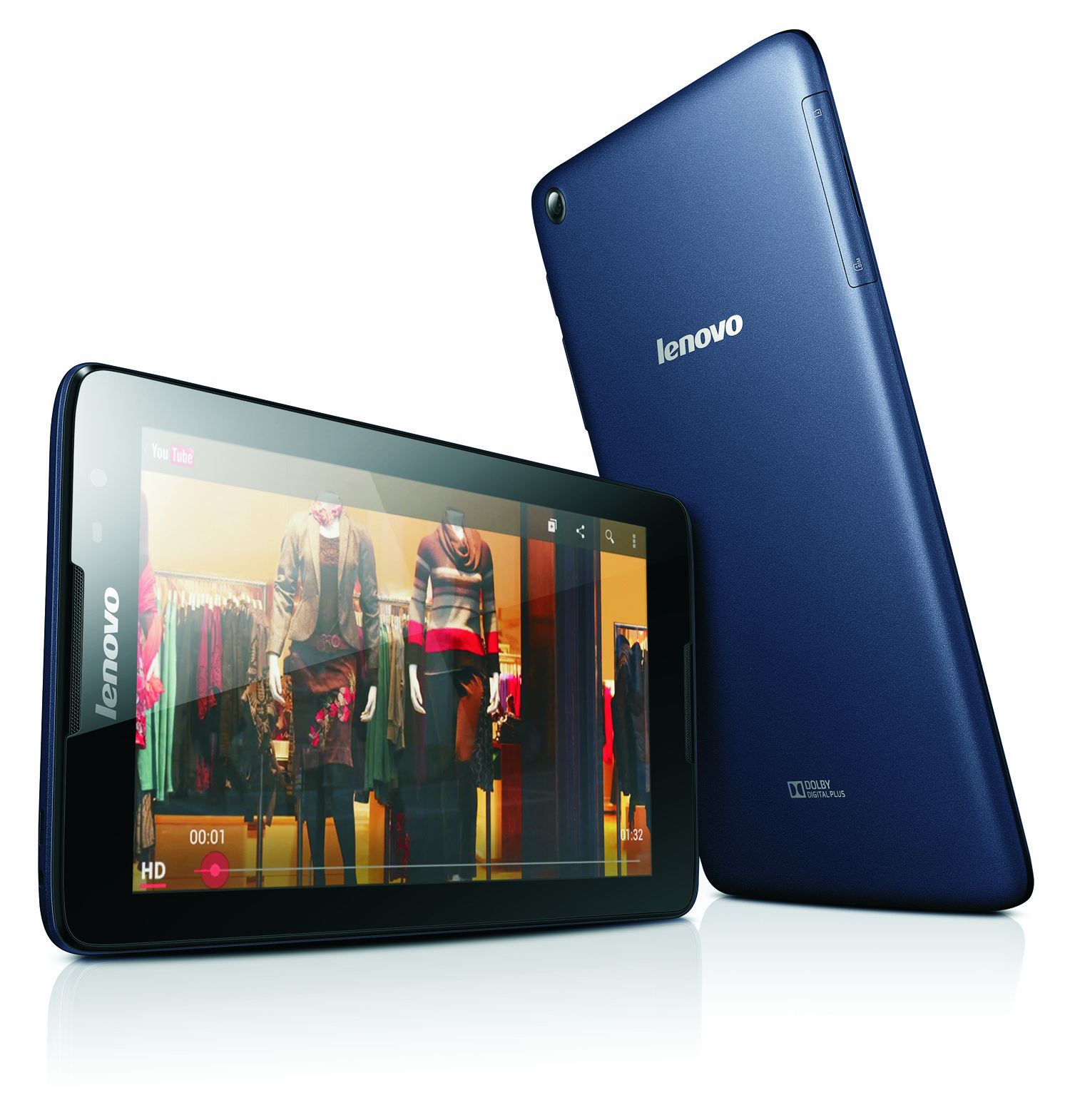