The new Intel Pentium Extreme Edition 955 processor looks like any other CPU we have received from Intel in the past couple of years in the form of an LGA775 compatible part. 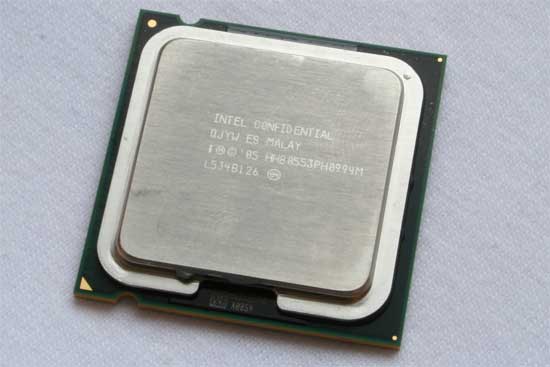 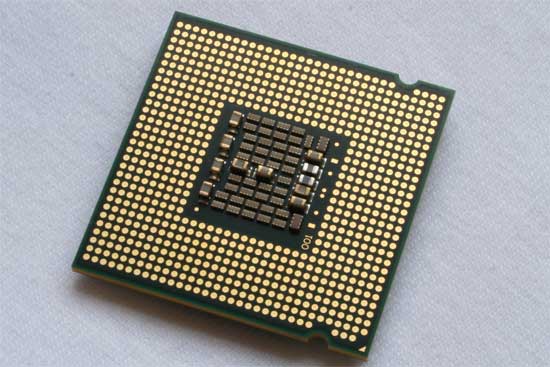 We quickly went over the statistics on this baby but here is another quick run down of what we are looking at:

This 955 processor is a hefty step up from the previous flagship multi-core product, the Pentium XE 840, that ran at 3.2 GHz on an 800 MHz FSB with 1MB of L2 cache per core.  We should see some good performance increases on the Intel side of things today.

As we mentioned before, the new Pentium XE 955 processor is also coupled with a new chipset, the Intel 975X, and a new motherboard, the Intel D975XBX. 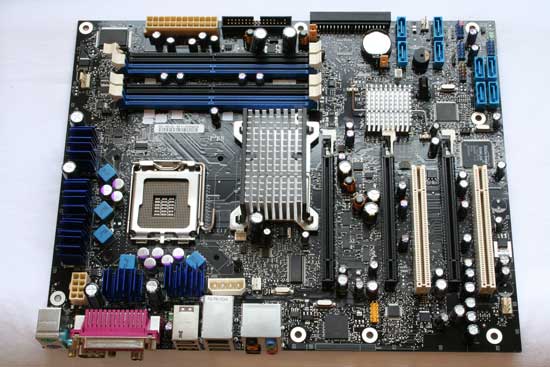 This board obviously has some features that stand out when looking at the PCB. 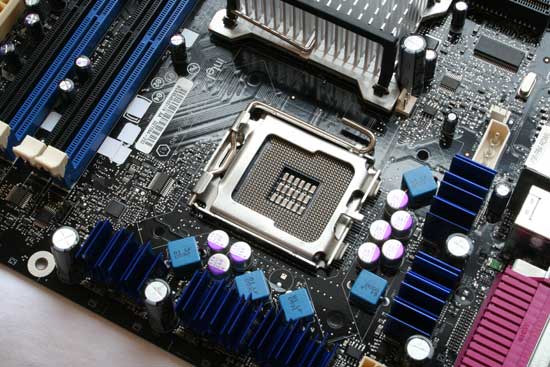 The processor socket is still based on the LGA775 packaging with the pins located on the motherboard instead of on the processor.  The same cooling retention mechanism is used as well as you can make out the four pin holes on the corners of the socket. 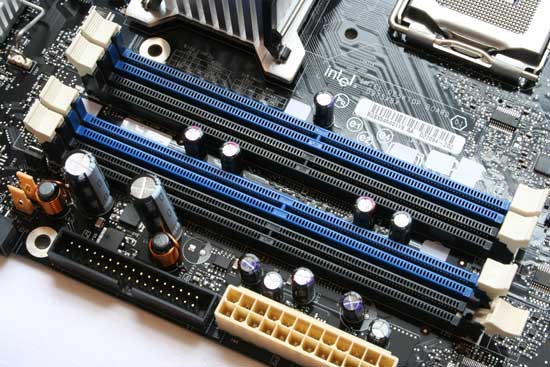 These DIMM slots support dual-channel DDR2 memory speeds up to 667 MHz, which is what we ran our test bed at for this review. 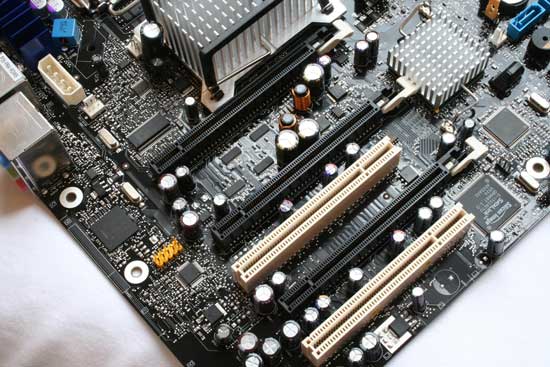 The most note worthy feature here is the inclusion of three PCI Express x16 connectors on the motherboard, even though they obviously don’t have a full 16 lanes of PCIe going to each of them.  The top slot is the primary graphics card slot and the middle connection becomes the “SLI-capable” secondary PCIe slot when the BIOS is configured as such.  The third connection remains a x4 PCIe connection but can allow for a third GPU to be installed if the user finds it necessary for multi-monitor support.  Two legacy PCI slots exist as well. 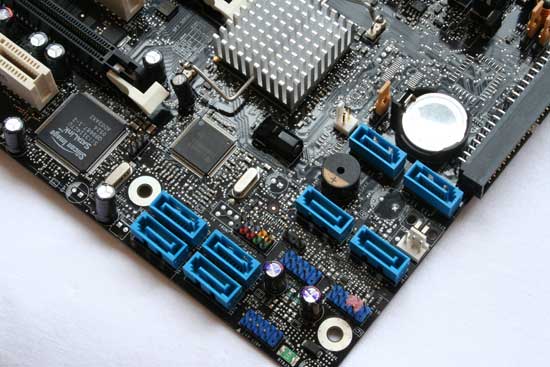 The storage controllers on the Intel 975 motherboard are pretty expansive, but still only include a single IDE connection for support for two IDE devies — time to start moving away from IDE hard drives and optical drives.  There are four SATA-II connections (top) that come from the Intel ICH7R south bridge chip — they bring Intel’s Matrix Storage technology that supports RAID 0, 5 and 10.  The bottom four SATA connections come from the Silicon Image 3114 chip to the left and pretty much deck out the Intel reference board. 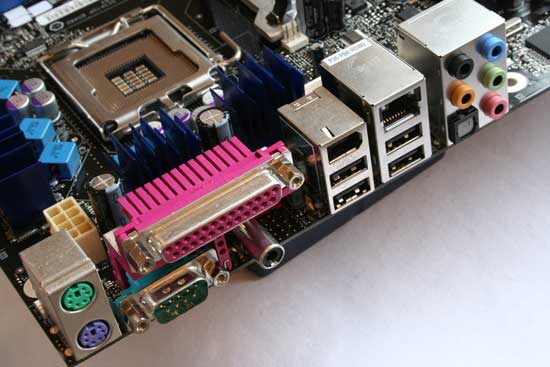 The external connections on the board are fairly standard with the Intel Azalia High-Def audio connections and the Intel Gigabit Ethernet connection too.  USB 2.0 and Firewire support are also built onto the board. 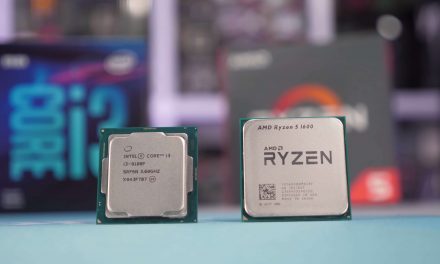