The other currently available new feature in the Source engine is the introduction of a film grain effect.  I am sure many of you are already trying to figure out why in the world would a developer intent on developing games with superb and precise image quality would be trying to introduce grain and noise into our games?  Well, the most obvious reason is that film grain can create a very particular style of image, including that of a WWII archival film; the same that Valve used to demo these new features to us in Day of Defeat.  On that same page of though, besides just grain, Valve included a flickering option and vignette filter (where edges of a film look darker than the center of the film).

The other uses for this type of film grain and noise might not be so obvious, though noise is in fact a natural part of our visual system.  Game developers could use it to make very dark scenes have the image noise that all people naturally perceive.  Also, hard edges that are created by high levels of anti-aliasing such as those between buildings in Day of Defeat can be ‘softened up’ slightly by adding a bit of noise to the image.

(Note: The grain shots here were taken with my camera on the screen, so there might be some additional scan lines being seen.) 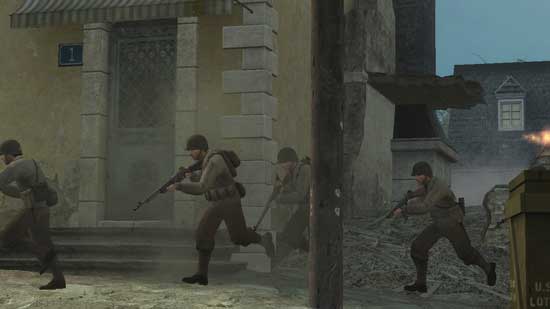 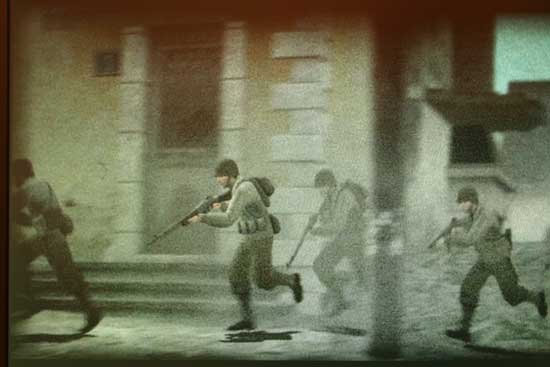 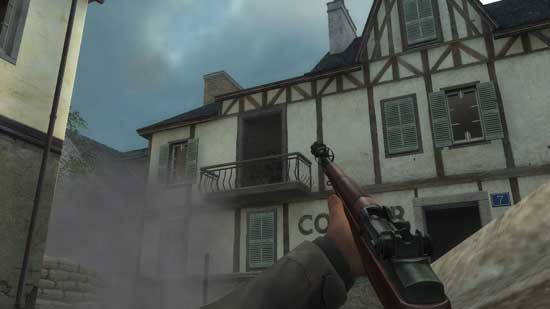 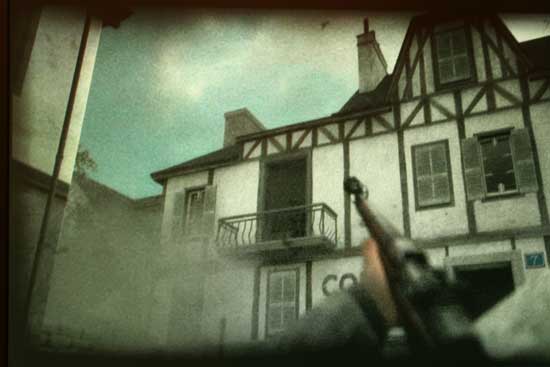