My afternoon spent at the Valve Software offices definitely left me thinking about the work they are doing on changes to the Source engine.  There are two distinct sides to this discussion though, that warrant analysis. 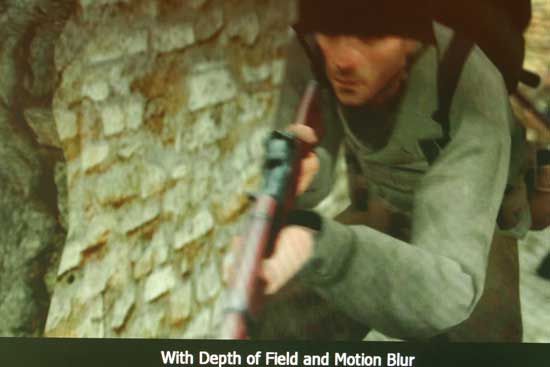 First, the two effects that will be coming to the Source engine very soon, color correction and film grain/dust effects, are not the more exciting of those we showed you today.  Without a doubt the powerful color correction engine will help game developers and mod designers with their efforts and make life much easier for them.  Hopefully we will soon begin to see more Source engine-based mods from creative users that take advantage of color correction to make their titles stand out and differ from the general HL2 and DoD:S look that we have come to expect. Ultimately this means more interesting use of color and tone in Source games.

The film grain and dust effect are a mixed bag in my opinion.  While some users may find the effect suited to a WWII game, in reality my guess is that most gamers will shy way from adding grain into their games while they are playing.  Machinima developers may like what they can do with these added affects by actual game play will probably not see this used often.

These two effects are much more impressive from a technological and theoretical stand point.  I personally find the accumulation buffer method of simulating a film camera with an ‘exposure’ time to be interesting to think about and to see what other uses we might find for such a simulation in regards to lighting effects and more.  Unfortunately, such a realistic simulation of life takes a lot processing horsepower — Valve quoted to me saying that each frame of the movie they demoed to us (and you can download) took about 2 seconds to render — obviously this is not ready for widespread use.  NVIDIA and ATI have a good amount of work ahead of them to get something powerful enough to implement these features.

On the effects themselves, again I am torn around their usage models in game play.  Motion blur is probably the most useful and can definitely add a good amount of realism to a user’s game experience.  The depth of field effect is likely to get on users nerves if the developers go about integrating it in a way that hinders game play rather than helps it.  That is really going to take a detailed and delicate touch in my opinion. 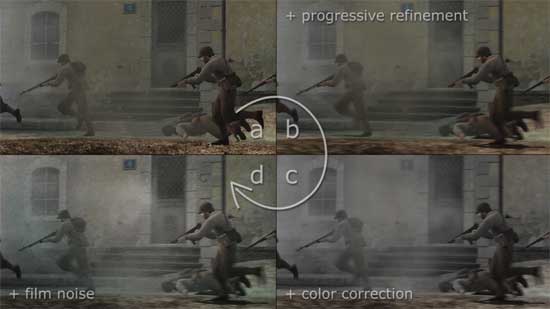 There is little doubt that Valve Software is probably the leading developer in game technology today.  They are continuing to push the boundaries of gaming hardware and with cinematic effects such as the ones we showed you today as well as prior Source updates such as High Dynamic Range lighting, Valve continues to make NVIDIA and ATI happy by adding value to graphics cards upgrades.  I can only foresee this trend continuing as Valve further tweaks and modifies the Source engine and makes their titles even more impressive than HL2 was.

A HUGE thank you goes out to our friends at FileShack for hosting these videos for us.  I am a Mercury subscriber…are you??