In RAID 0, the XFX Revo64 demonstrates some strong results with sequential and average read speeds not far behind SiL3114 and NVIDIA. Burst speeds are unsurprisingly poor due to the constant transferring on PCI.

I find it strange that the sequential read graph shows a distinct hopping pattern from 0GB to 100GB to 200GB on the Revo64. We will see this behaviour again in RAID 3.

Burst speed on the SiL3114 controller is surprisingly poor.

Revo64 RAID 3
As we saw earlier in Sandra, NVIDIA’s RAID 5 showed some uncharacteristically poor write performance, and off-the-chart read results. Let’s see if we can get a better understanding of what’s going on…

From the image above,  you can see that NVIDIA’s RAID 5 is truely strange. Sequential reading is very erratic with a distinct drop in activity at the 300GB to 350GB mark. As a result, the net average read speed for NVIDIA’s RAID 5 is very poor.

In contrast the Revo64 performs like it was in RAID 0 / Striped mode (RAID 0, RAID 3) with a sustainable sequential read and decent average read rate. The burst speed is not even nearly as good as NVIDIA’s RAID 5, but shouldn’t detract from RAID 3’s strength. RAID 3 is primarily used for superior sequential reading and writing and the results here show that the Revo64 is strong and consistent (compare that to the erratic bursts on NVIDIA).

Once again we see that distinct hopping pattern in Revo64’s results at 100GB and 200GB. George from NetCell explained that this could be a peculiarity with the drives used since other tests (like RAID 1 above and other tests published elsewhere) do not exhibit this behaviour. 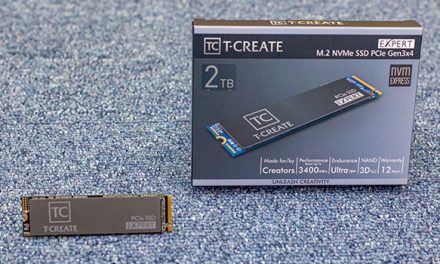