Dell made a couple of announcements during the show including the quad SLI system being added to its XPS lineup as well as the new 30′ widescreen monitor to compete with Apple’s Cinema Display. 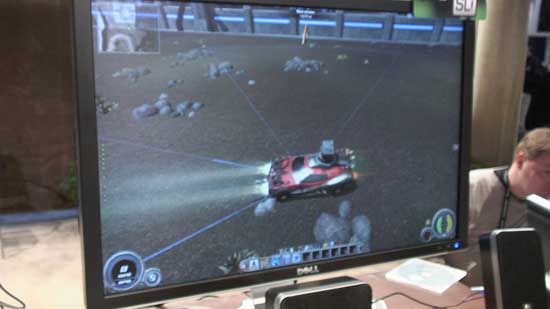 This monitor looks MUCH bigger in real life, and I would gladly trade in my two 20′ monitors for one.  Any takers? 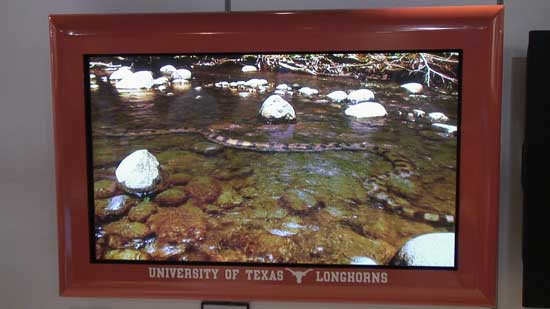 They had their Dell branded plasma screens on display too, this one sporting support for NCAA champion Texas Longhorns. 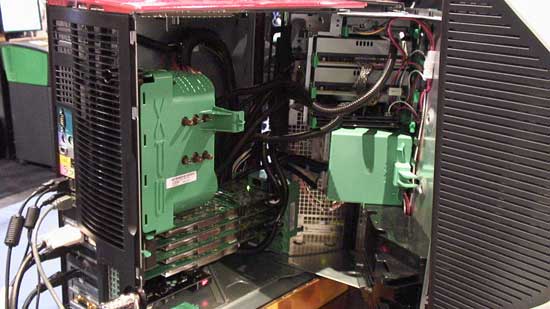 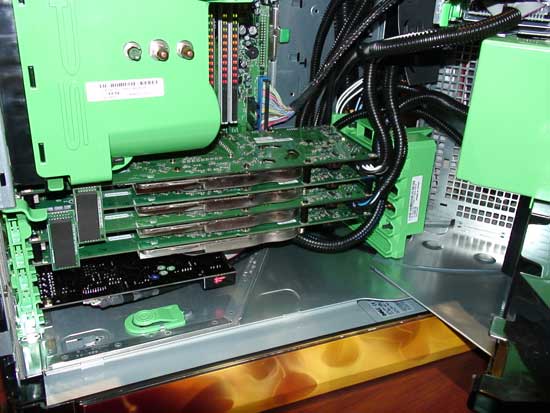 Dell had the Renegade system on display as well and open so we could look inside and see the case.  One thing that was pretty impressive was the amount of heat coming out of the system!

In this video we peruse the Dell booth and look at their new offerings including the 30′ monitor and quad SLI system and case.  Other products are seen as well like their mobile XPS system that has been garnering some attention.

Asus didn’t have a large booth at the convention hall this year, but they did have quite a lot of things on display at a small meeting room off to the side of the main area. 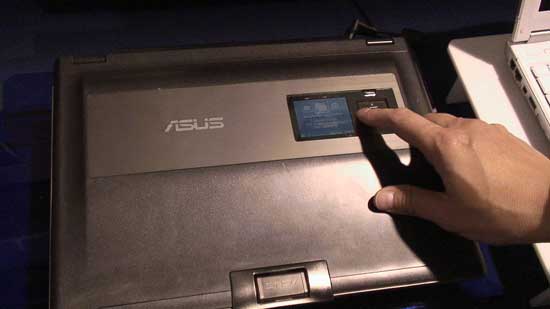 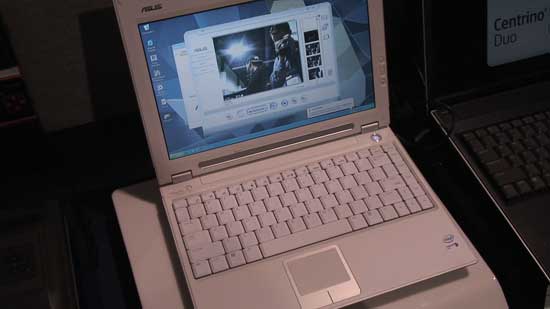 Asus had quite a few notebooks for us to look at including one with an external display that lets you access certain applications like your calendar or emails without turning on the system.  They also had more than a handful of Centrino Duo systems ready to roll. 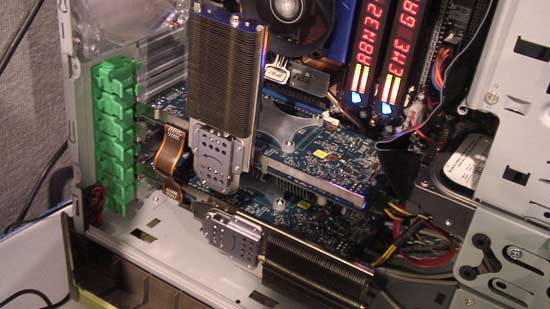 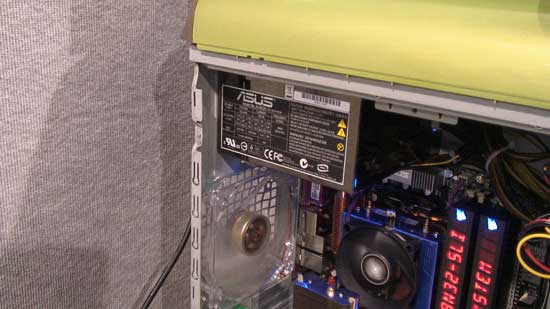 Asus was also showing a new 7800 GT video card that runs on passive cooling only, for a silence-based system.  The second show shows to of these running in SLI mode. 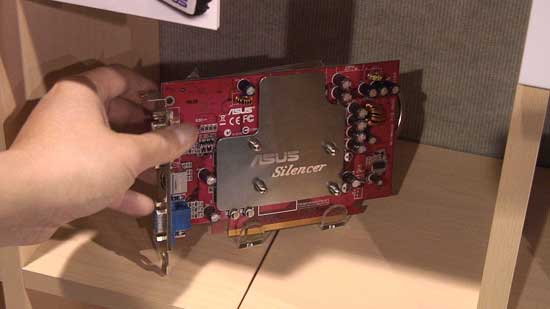 This is the first time we have seen an Asus branded power supply as well. 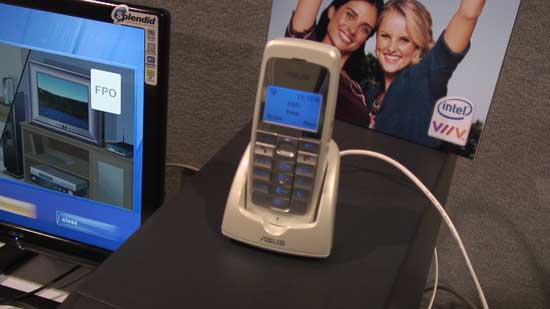 Another interesting item on display was a WiFi phone compatible with Skype services.  This attaches to a USB slot on the computer and if you have a wireless network in your home, you can answer Skype calls from anywhere in the house. 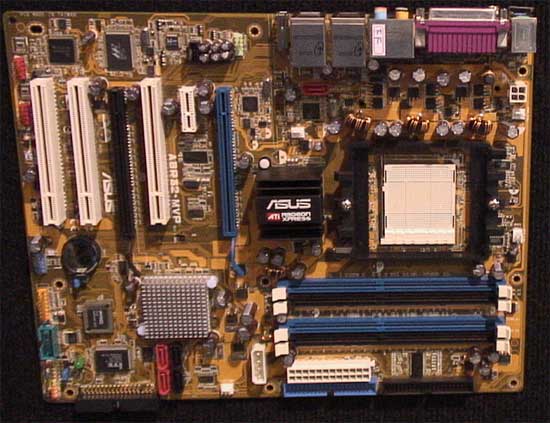 This is the Asus board based on the upcoming RD580 chipset from ATI that sports two full x16 PCIe slots for CrossFire support.  Labeled the A8R32-MVP it is still schedule to use the ULi 1575 south bridge chip. 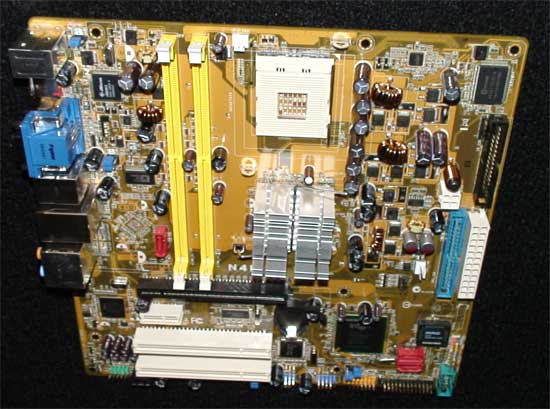 This board is based on the Intel 945GT chipset and the ICH7 south bridge but also sports a new addition — a 479-pin socket for support for Dothan and Yonah processors!  This could end up being a fantastic HTPC or even gaming machine when it is released.

In this 4-minute plus video we look at all the offerings on display at the Asus meeting rooms at CES.  This includes their new notebooks, video cards, motherboards and more. 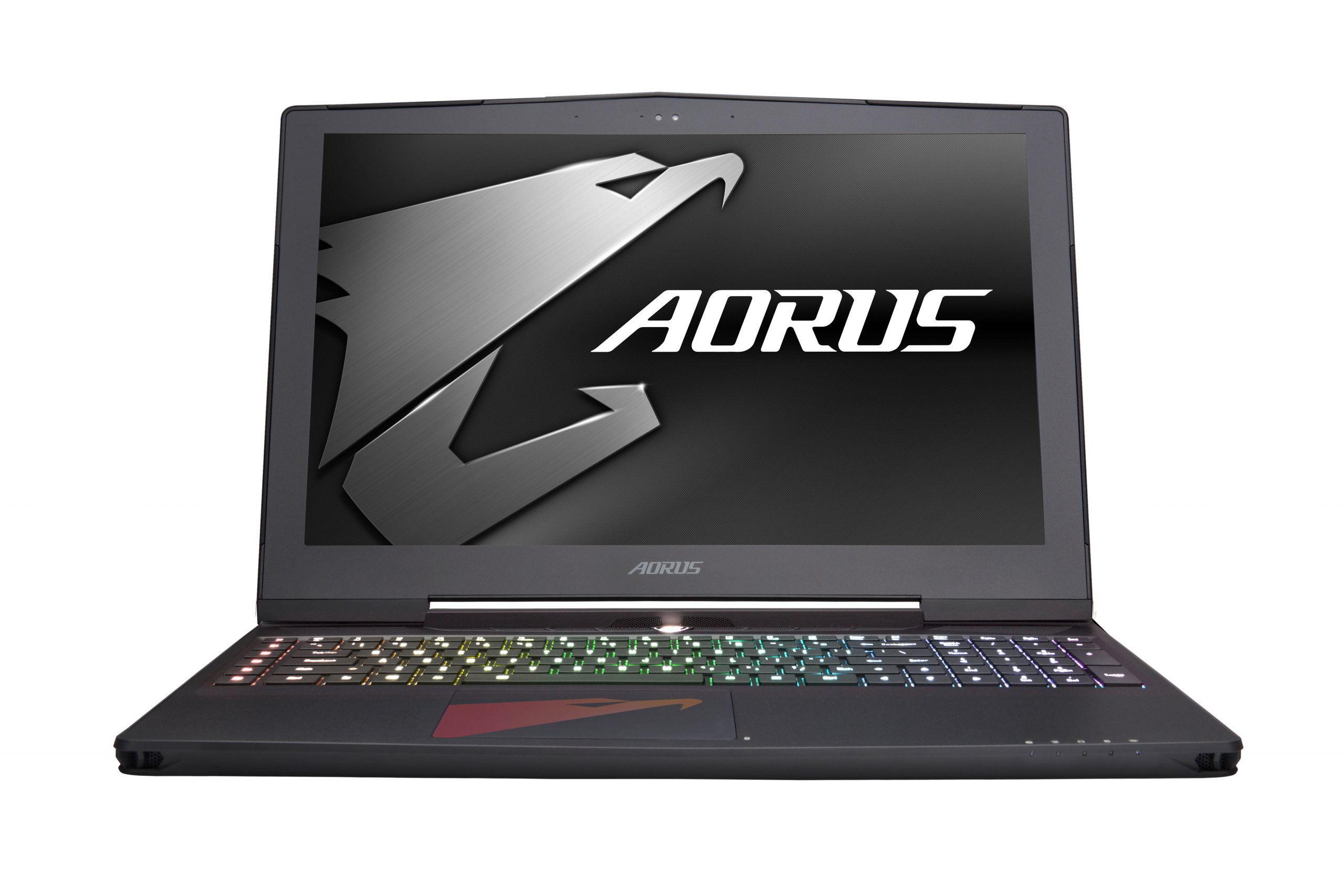