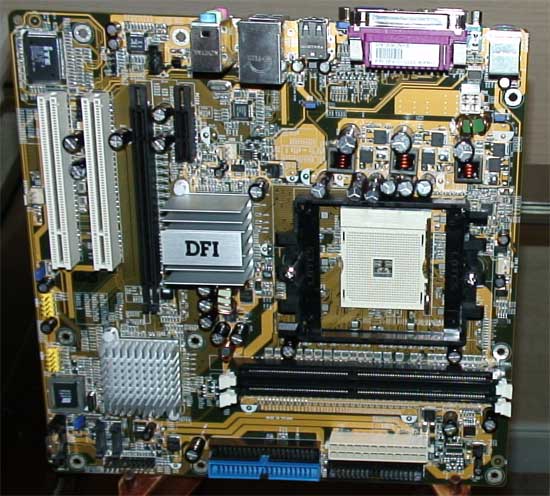 This board is the upcoming DFI motherboard based on the GeForce 6100 and 6150 chipsets that feature a 754-pin socket for a low cost solution for HTPCs.  While it officially can’t support Turion, we hear that it surely will.  The external connectors also feature VGA and DVI outputs. 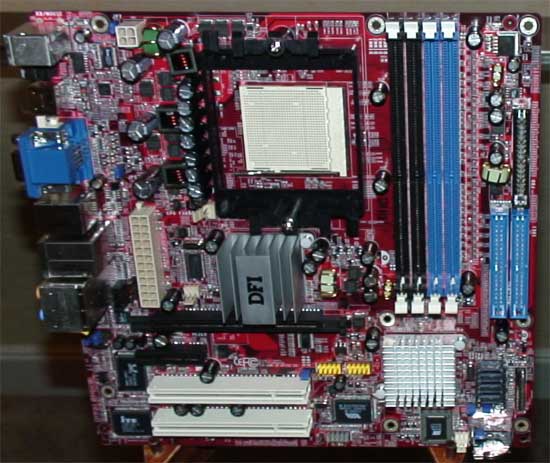 This motherboard is based on the ATI RD482 chipset and sports a 939-pin socket in a mATX format.  This is another board meant for HTPC usage as it has the integrated X300 graphics core and both DVI and VGA outputs as well. 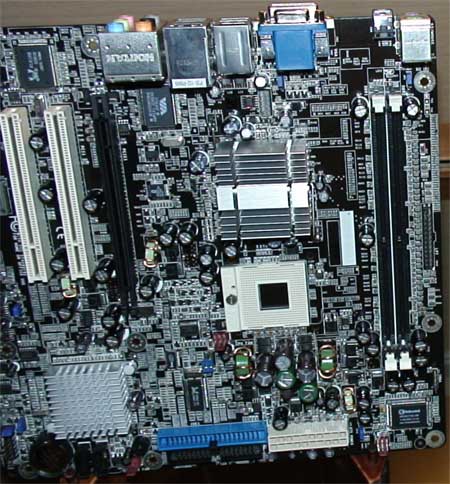 This board is probably the most interesting though; it has 479-pin Dothan and Yonah support on a 915GM chipset.  It also combines both a VGA and DVI output on the board for a versatile HTPC setup.

MSI had a sizeable booth on the show floor but was more interested in showing off their MP3 players and headphones than motherboard and graphics cards, as we would expect at CES. 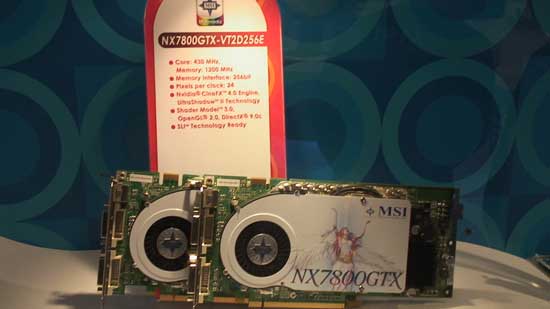 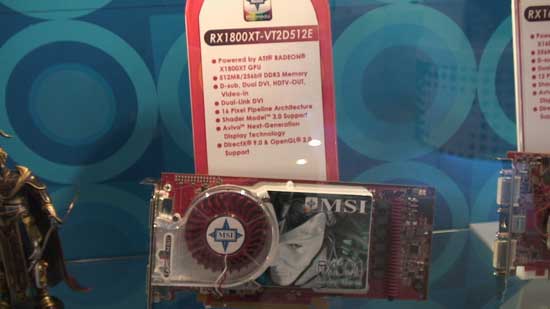 Both NVIDIA’s and ATI’s current flagship parts were being shown. 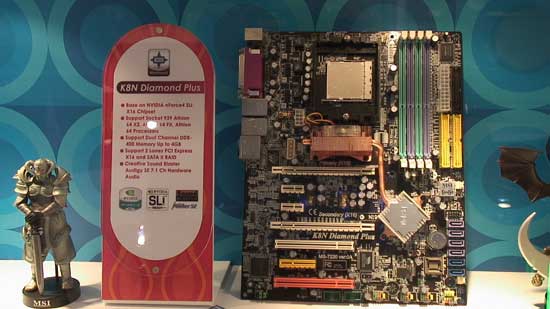 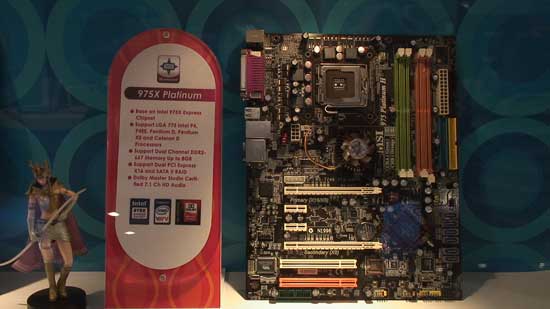 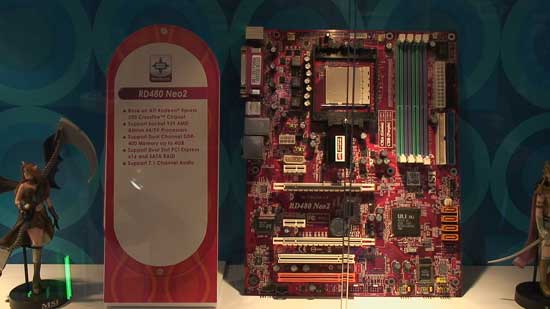 Motherboards based on the nForce4 SLI X16 chipset, 975X chipset and RD480 CrossFire chipset were on display as well.

A quick perusal around the MSI booth shows off some motherboard, video cards, HTPCs and various consumer electronics on display.

Corsair had a suite in a nearby hotel and was showing of their new water cooling solution and of course their memory modules. 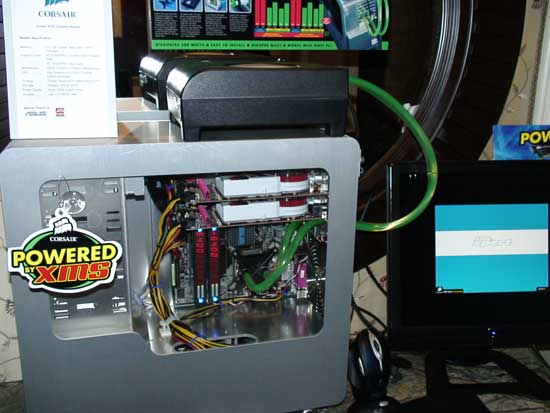 Corsair’s latest water cooling offering has been dubbed the Nautilus 500, indicating its ability to cool 500 watts of system components. 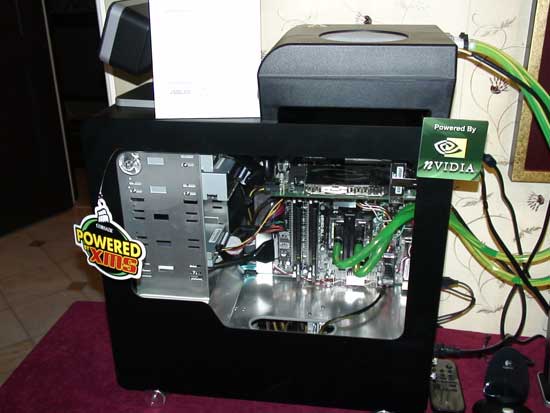 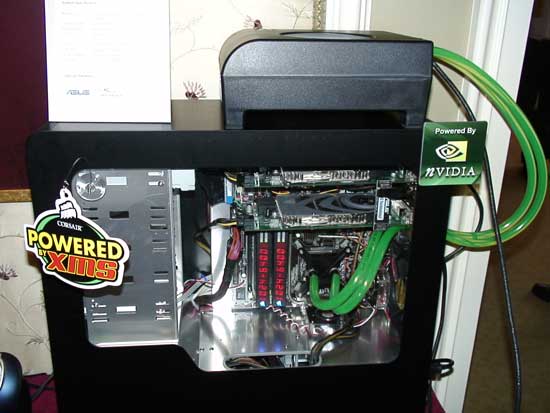 Corsair showed the unit running on various system to demonstrate that the unit is easily installed and compatible with systems form 939-pin sockets to 478-pin sockets.

Here at the Bellagio hotel we look through the Corsair booth and peer inside the systems on display.

Scene-by-scene: a Nautilus cooler system and the marketing page on it, the inner workings of how the installation of a Nautilus will work, up-close look at the retention on the Asus A8N32-SLI motherboard, Voodoo PC based system using Corsair memory modules with flashy lights!

Western Digital launched a new enthusiast-favorite part at CES this year in the form of a new Raptor hard drive.  There are two versions of it, both of which have a 150 GB of storage and a 16 MB buffer.  Both also support NCQ and SATA-II specifications.  What distinguishes them then?  How does a window over the platter and head of the drive sound?  These are neat to watch!

Scene-by-scene: having never seen a head on a hard drive in motion before, this video demonstrates the incredibly fast motion it takes across the spinning platter.