Besides today’s release of the 3DMark06 benchmark, NVIDIA is announcing a new budget level GPU called the 7300 GS.  Since I didn’t get any samples on it, I’ll just quickly go over the specs here. 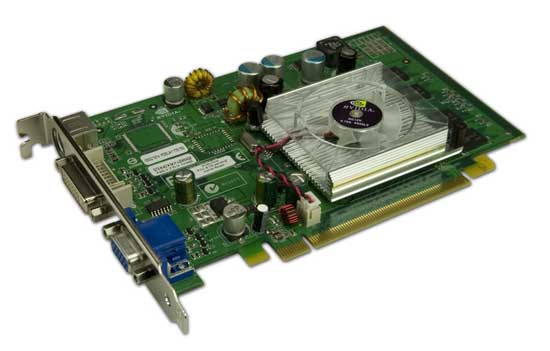 That pretty much sums up the specifications on the 7300 GS, with a couple exceptions.  First, it should be noted that this part is NVIDIA first 90nm GPU and is a segway into their future high end 90 nm GPUs coming out later this year.  The 7300 GS will be available in both 128 MB and 256 MB configurations.

NVIDIA claims this part will have roughly 2x the performance of the 6200 TurboCache product and is meant to compete directly with ATI’s X1300 LE product.

The 7300 GS is immediately available in the Asia/Pacific markets today and will be available in the 1st or 2nd week of Februrary in both the US and Europe.  While it is good to finally see another desktop part based on the GeForce 7-series out of NVIDIA, I am still a bit let down that it is the successor to the 6200 and nothing more.  I was very impressed with the recently 6800 GS product launch but I am still eager to see how a 90 nm mid-range part can overclock and compete with the big boys.  In all reality, that is probably one of the reasons we haven’t seen that yet; NVIDIA already enjoys a good lead in price/performance arguments in most price levels, so why show more cards than they need to?