NVIDIA launched the 6800 GS GPU late last year and XFX has a model to display today that might make those readers looking for a mid-range video card sit and pay attention.

The introduction of the 6800 GS GPU from NVIDIA late last year was a surprise to many in the industry if only because we were expecting a 7-series part instead.  What we did receive was a re-vamped 6800 series part that brought higher performance and lower cost to NVIDIA and their partners enabling them to compete even more aggressively with ATI and their partners at the extremely valuable mid-range market.

The NVIDIA GeForce 6800 GS GPU is a replacement for the aging 6800 GT that was originally based on the NV40 architecture, released way back in early 2004.  The 6800 GS GPU, while similar, is based on a new architecture dubbed NV42.  This architecture differs from the NV40 in a few important ways.

First, the 6800 GT ran with 16 pixels shader and 6 texture shader pipelines, while the new 6800 GS only runs with 12 pixel pipes and 5 texture shader pipes.  There are also only half as many ROPs (8 vs. 16) in the new GS GPU.  You might be wondering why a GPU with an inferior specified architecture is being released this late in the GeForce 6-series and even 7-series life.  Well, thanks to a new process technology and faster clock speeds, the 6800 GS is more than a match for the 6800 GT. 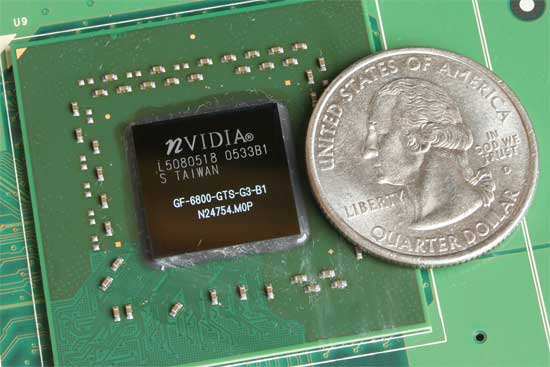 The default clock speeds for the 6800 GT were 350 MHz for the core and 500 MHz for the memory.  The new 6800 GS runs at a 425 MHz core clock and still runs at the 500 MHz memory clock.  The extra frequency can be attributed to a move from the 130 nm process to the 110 nm process though it doesn’t quite give the new GS the raw numbers advantage. 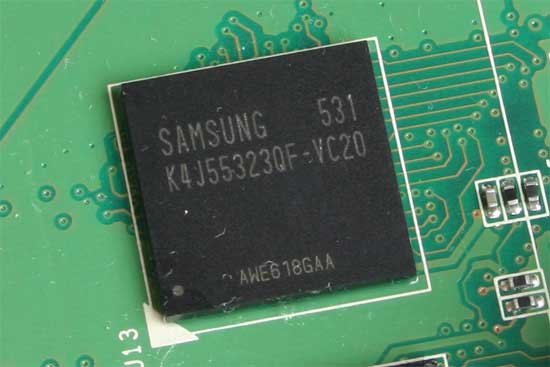 All that being said, the XFX GeForce 6800 GS is overclocked out of the box and gives the GS a little boost in performance.  Here are the specs of this model:

And you can bet that we could overclock it well past these numbers to give the 6800 GS even more power.