ATI’s recent X1900 product launch mentioned the X1900 All-in-Wonder as one of the four cards to be made available. We finally got our hands on one to play with and we put it through some gaming tests, as well as video tests and look at how the AIW applications work.

The ATI All-in-Wonder family has been in a category all its own for at least the last several years.  No one but ATI has taken on the task of creating a video card that is both a gamer’s card, as well as a multimedia card with full input/output capabilities.  NVIDIA did once try a “Personal Cinema” series of cards with its partners, but it obviously didn’t take off.

The premise behind ATI’s All-in-Wonder series is simple: take a high GPU, pair with their Theater logic chip, add some software and POOF; instant PC media.  But does the X1900 version of it stand the test of being both a gaming card and a multimedia card?

As the name suggests, the X1900 AIW card is based on the new R580 architecture we saw with the release of the X1900 XTX and CrossFire cards last month.  It takes the same 48 pixel pipe based architecture and clocks it down to a more modest 500 MHz core clock and 480 MHz memory clock and comes installed with 256 MB of memoy instead of the XTX’s 512 MB. 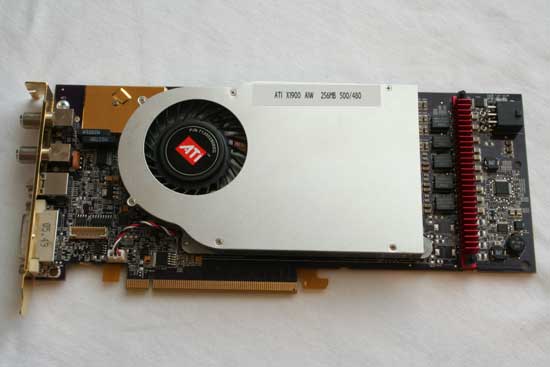 The card itself features a single slot cooling design and a whole more gold than we are used to seeing on PC components.  Apparently this card is all about ‘tha benjamins’ or something like that. 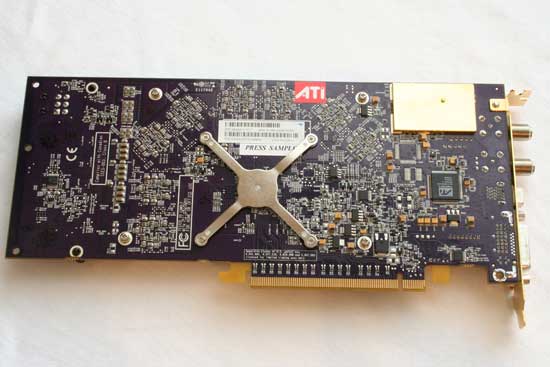 Both on the back here and on the front above we see what appears to be flat gold plates that are infact the Microtune TV tuner that is responsible for converting both over the air and cable signals into analog TV transmissions. 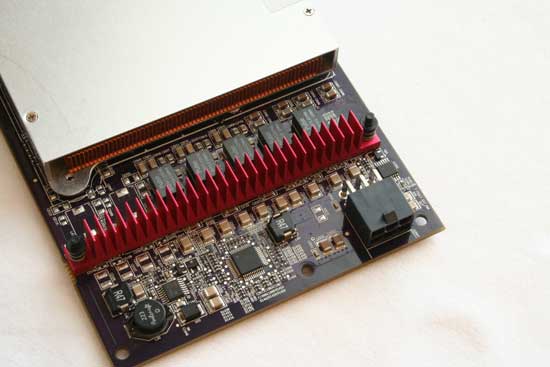 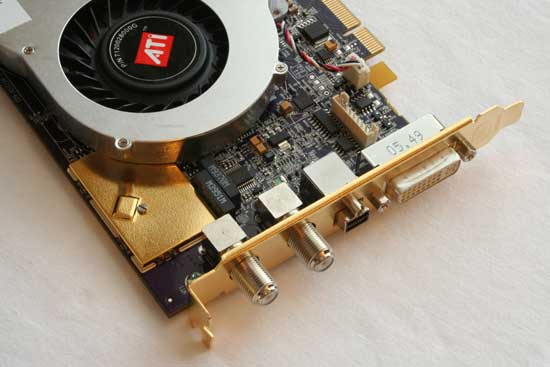 Here is a better shot of both the Microtune TV tuner and the external connectors on the card itself.  On the left hand side we see there are two coaxial connectors; one is for the FM radio antennae that is included and the other is for either an OTA (“over the air”) TV antennae or cable input.  The next connector is a custom I/O connector that attaches to a dongle responsible for all the various input and output configurations the X1900 AIW supports.  Finally, we have a single dual-link DVI port for standard monitor output. 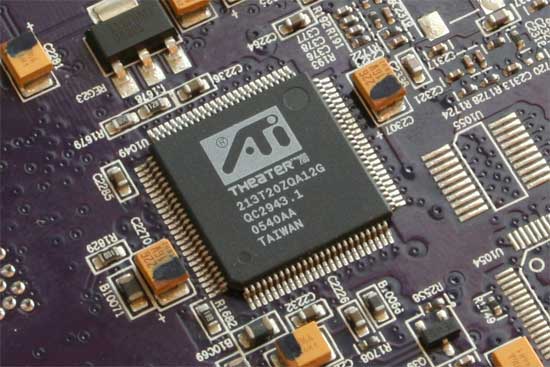 On the back we also find the ATI Theater 200 chip that converts the analog TV output of the Microtune tuner to digital video that the PC can handle.  Interestingly, the Theater 200 chip has been doing this job for quite a long time and ATI chose to not upgrade the AIW unit with the improved Theater 550 chip that was introduced last year.