The EPoX EP-5NVA+ SLI has the ability to support four PATA drives on two IDE channels, and four SATA-II drives. Both PATA and SATA support RAID 0 (Striping) and RAID 1 (Mirroring) which is very basic. Interestingly, with the bundled SATA-PATA adapter, you can allow yourself a 5th SATA channel if you need it.

Correction (Feb 27, 2006):
The above statement is wrong. EPoX has pointed out that this adapter is mean to adapt a PATA drive to SATA. So the adapter will install itself on the back of a PATA drive and a Serial-ATA cable used to connect the adapter to a free SATA connection on the EP-5NVA+. Update pictures will be forthcoming. Apologies for this mistake. – Jon. 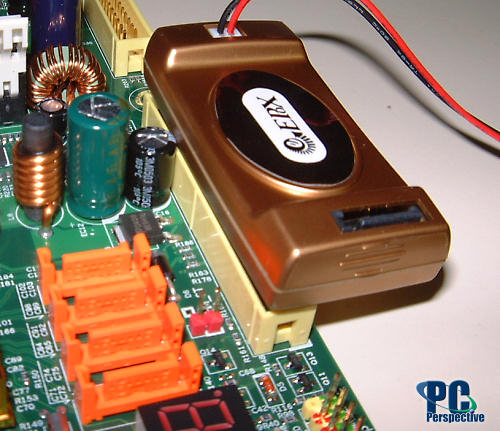 There are two 16x, two 1x PCI Express slots, and two older PCI slots. The one 1x PCI-E slot located between the 16x may become unusuable depending on the size of your video cooler. 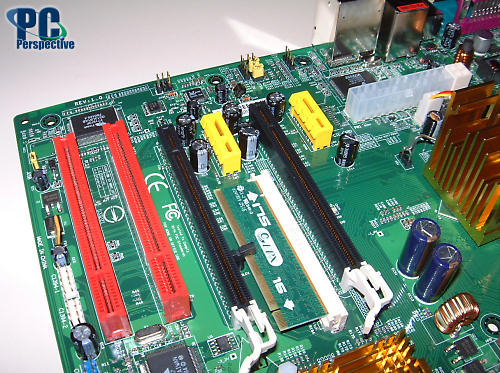 There is a connection for a thermal probe which is included in the bundle. Also it’s worth mentioning that there are four fan headers on the motherboard, one which is used by the north bridge fan. The CPU fan supports PWM which allows for better fan speed control, but none of the other fans headers have this feature.