As I already mentioned, the retail XFX 7800 GS comes overclocked over the reference clocks from NVIDIA quite a bit at 440/1.30. 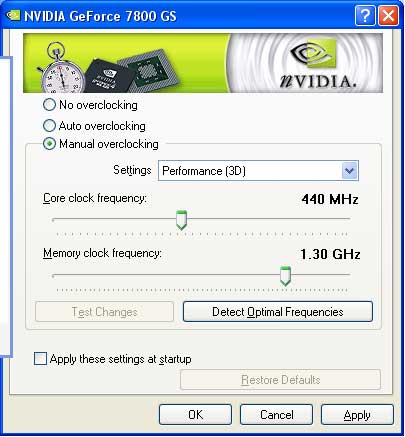 However, how much farther could it go?  I played around for a bit and was able to reach these speeds: 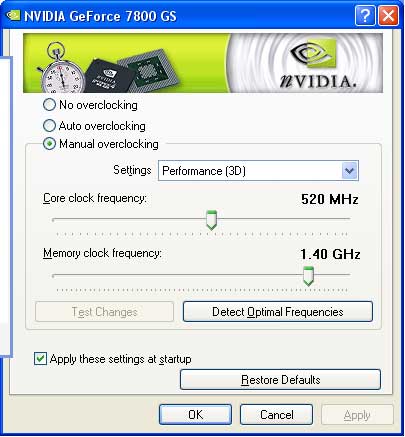 Holy blankety!  Unfortunately at those speeds I was getting some visual tearing and artifacting so I pulled them back just a bit… 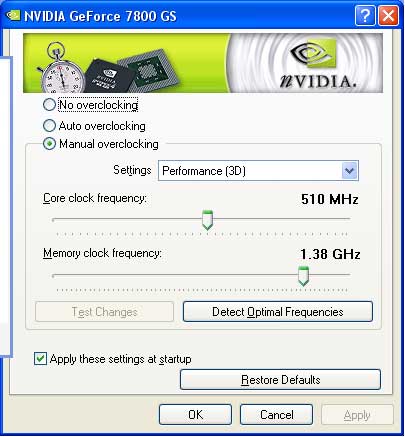 …to this.  Still, this is an impressive jump over XFX’s own overclocking! Getting 510 MHz on the core is a 36% core overclock over the reference speeds and is really very impressive.  Hopefully all the 7800 GS GPUs that are pumped out are this productive.

Our benchmarks will look at the reference 7800 GS from NVIDIA against the XFX retail card and the best AGP card from ATI, the X850 XT PE.