For the Asus A8R32-MVP Deluxe motherboard review we begin the new testing method of actually installing the motherboard into a standard case to see if we run into any issues.  In many instances, problems with motherboard designs and layouts can simply be found from looking at the board on an open test bed. 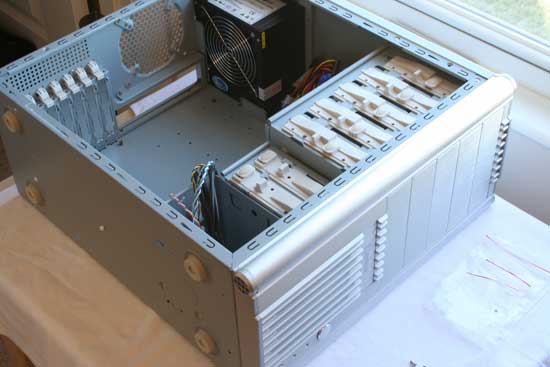 Here is our test ATX case, the Cooler Master Centurion 531 with a standard 450 watt power supply included to get some cables in there and plug things in. 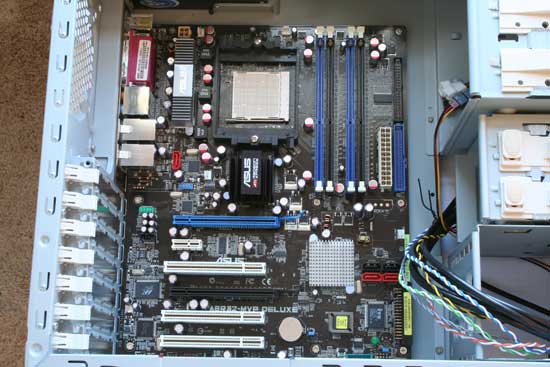 Here is the motherboard properly mounted inside the case with front panel connections and power supply cables still neatly tucked out of the way.  Nothing stands out here so far during the installation setup. 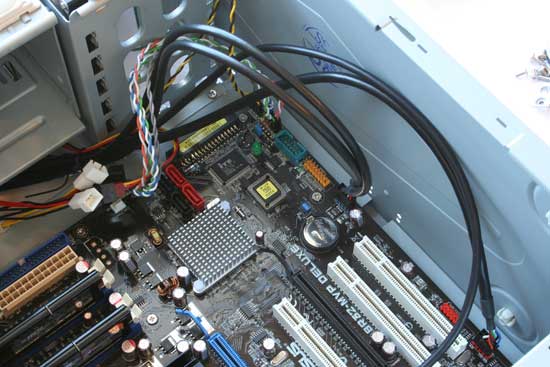 First things first, we attached the case connection for external USB, FireWire and sound connections.  The case has a single USB connection and two FireWire connections that already matched with the Asus pin layouts, so nothing fancy was necessary — just plug it in and go.  The front panel LED and power switch connections were also easy to attach thanks to the Asus labeling of colors, names and positive pins.  This is one area where a standard should really be introduced by both casing and motherboard vendors to make this a one connector deal.

Although not shown, the Asus A8R32-MVP also has the necessary connections for external audio hooks as required by the Azalia HD audio specifications. 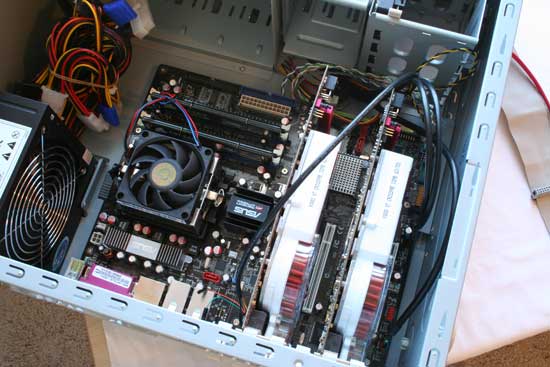 Here things begin to get interesting as we add the processor, memory and two ATI X1900 graphics cards into the system.  You can also see the audio cable going over the primary video card into the Azalia audio connection directly above the blue PCIe slot.  You can also see that installing the rear I/O cables AFTER a second GPU is installed would really be an issue for anyone. 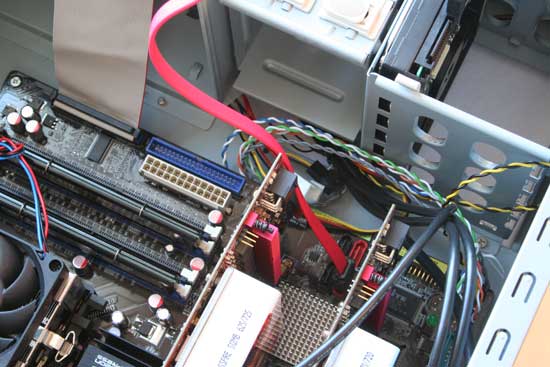 Installing the SATA cable after the cards have been installed was slightly difficult but not too bad.  The SATA connections are wisely located directly between the two GPU slots so they should never be blocked by CrossFire cards but only with very long PCI cards.  You can also see the secondary IDE connection made at the top of the board in the left of the picture.  There is nothing keeping users from accessing these connections after installation. 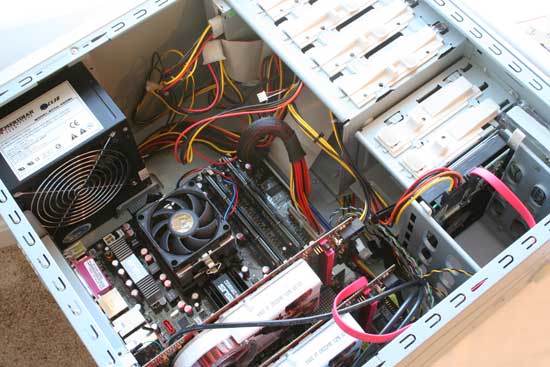 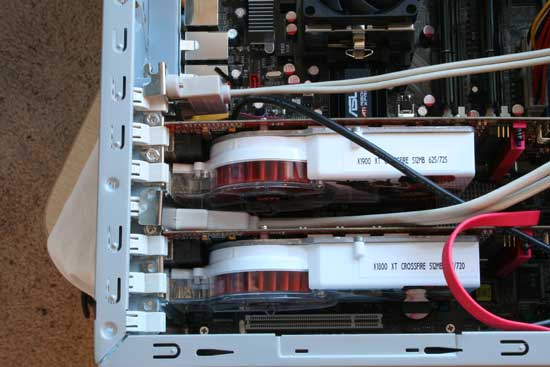 This shot shows what the PC would look like if we installed the optional dongles that came with the A8R32-MVP motherboard for FireWire and USB connections.  You can see with two X1800/X1900 cards installed that you would only have a single, very tightly located, PCI slot remaining for expansion.  Pop in a sound card, and you have a full system. 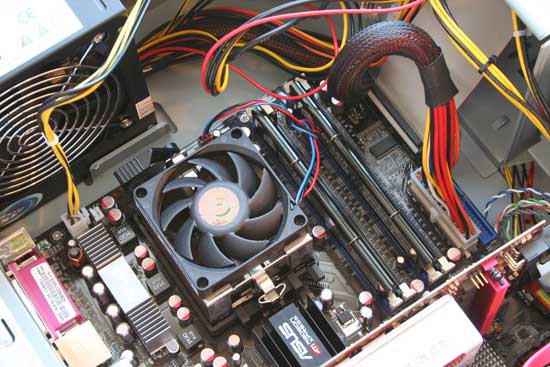 The top half of the motherboard, after being installed in the case, is clean as a whistle with nothing fighting for space and nothing trying to tie up the CPU fan to kill your processor. 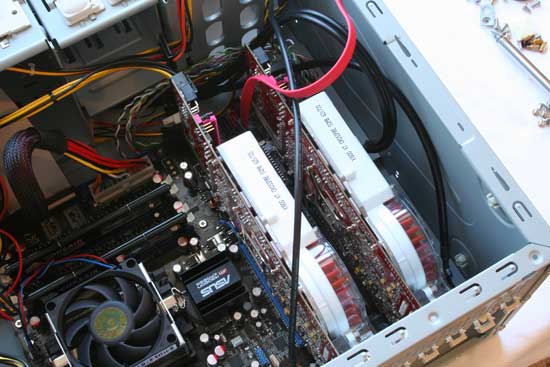 The bottom portion of the board is a different story.  Here all the storage, dongles and case cables meet to cause a lot of clutter.  There isn’t anything particularly wrong with anything that we can find, but systems with a lot of connections just need a lot of wires.  Proper cable routing should solve any kind of air flow issues without a problem, too. 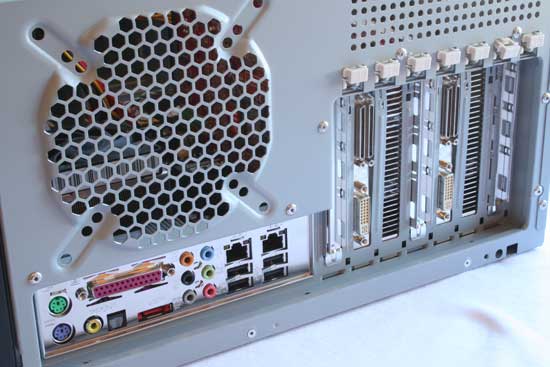 The back of the case once completely finished is nice and clean (we have two CrossFire cards installed on accident!).  You can also see the processor heatsink located directly behind the fan vent on the back of the case putting it in prime position to get the CPUs hot air out of the system.