Asus has been on a tear recently making very good overclocking motherboards and pairing them with good overclocking BIOS’ to make some solid enthusiast options.  With the power of the A8R32-MVP mentioned previously, and its ability to overclock built into the chipset itself, its no wonder that Asus put what seems like every single overclocking option available into the board.

Starting out with the easy stuff, the A8R32-MVP features both CPU frequency and PCIe frequency adjustments up to 400 MHz on the processor and 150 MHz on the PCI Express bus. 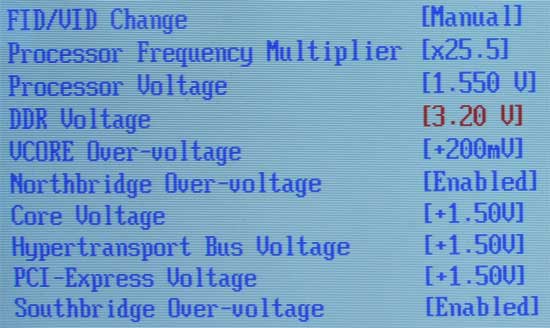 Voltage and multiplier controls are abundant as well, as this shot shows them in the Advanced menu in the BIOS, with the high values set for each. The only disappointment that I noted was that the 1.55V top out on the CPU voltage setting was lower than I would have liked to go, even though the Vcore over-volt option lets me take that to 1.75V maximum.  That will definitely be enough for some serious overclocking on this board.

HyperTransport multipliers are also available in the form of MHz links: 1 GHz equates to a 5x HT link, 800 MHz to a 4x HT link, etc. 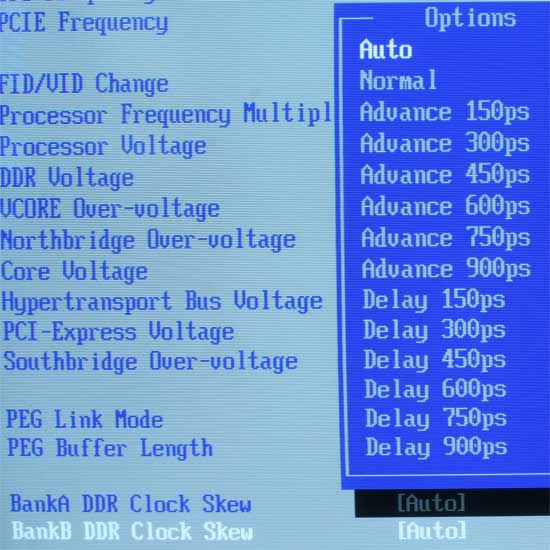 One surprise new feature on this board is the Asus DDR Skew feature that lets you adjust each memory modules clock rate minutely without affecting the other modules.  This is a sensitive feature and is only for the most hardcore overclockers out there as it takes quite a bit of know how to get it working correctly.  To most though, adjusting pico seconds of timing values might not be all its cracked up to be. 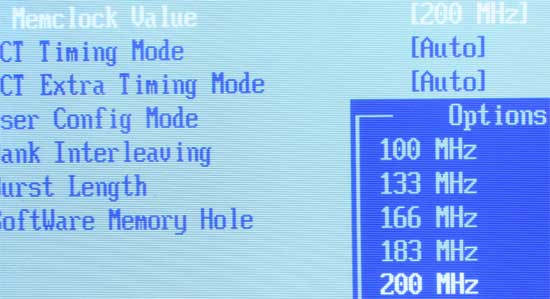 The memory settings allow you to set the memory multiplier or ratio based on the CPU frequency, even though the options are a bit more difficult to decipher.  What these settings indicate is that if the processor were running at its default 200 MHz clock rate internally, then the memory modules would run at THESE speeds.  The 200 MHz option is a 1:1 ratio, where a 10 MHz increase on the processor bus will equal a 10 MHz increase in the memory bus, effectively 20 MHz with DDR.

On the page before entering these settings, Asus’ BIOS allows you to view the current settings of the memory timings and controls which can be very useful.  Only the DFI NF4 BIOS has done it better, allowing the user to see both the SPD and current memory settings on the same screen as the adjustments so users never worry about getting confused on what they are changing. 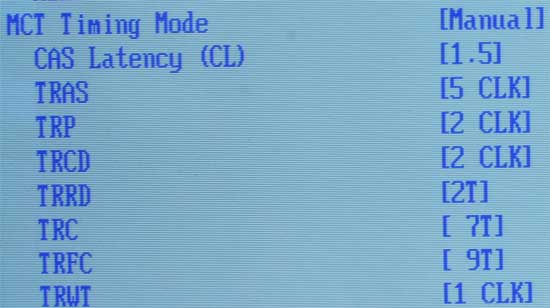 The memory timing options are available here as well, with CL supported down to 1.5 though I wonder at the benefits to it.  The settings you see here are the minimum values for all the settings.

The Command Rate option is kind of hidden away in a sub menu here under the User Config options.  Make sure this is set to 1T if your memory supports it. 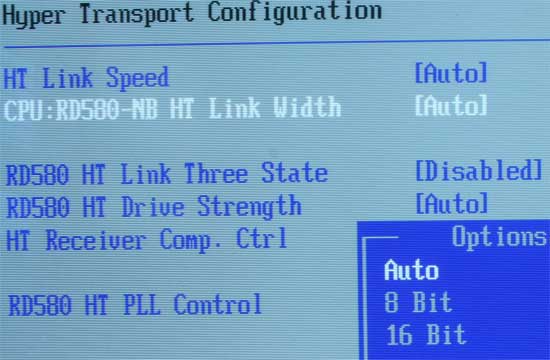 The XPress 3200 chipset offers a lot of independent clocking as you can begin to see here.  HT link speeds between all components can be modified independently and you can adjust the link widths as well. 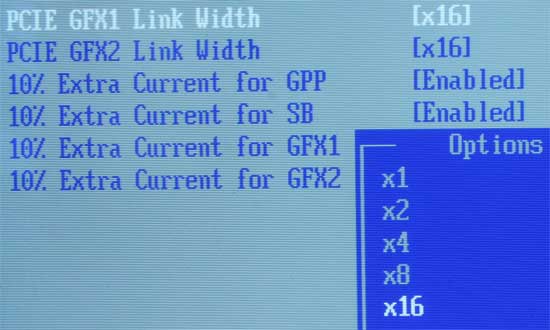 Here is where some more of Asus’ overclocking magic comes into play.  You can adjust either PCIe slots number of effective lanes down to x1 if you’d like and you can also send an extra 10% current to the north bridge, south bridge and two video cards independently as well.

Here we see that all the on-board features are easily controlled within the A8R32-MVP BIOS. 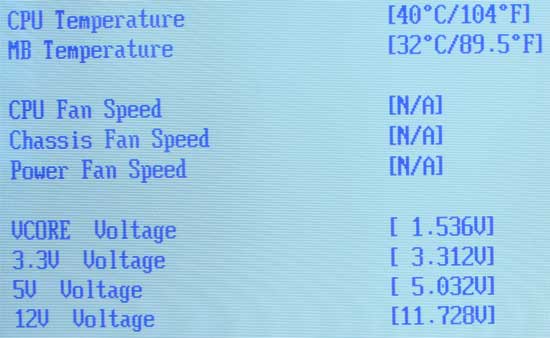 Finally, we have the power management settings here that show the current voltages to our processor and motherboard rail lines.  Right below these but not shown are the QFan controls that Asus uses to allow the user to set up temperatures to enable or disable fans attached to the various power connectors.