A Sneak Peak and Test Configuration

Intel let us play around with an early Conroe desktop CPU sample and we put it through some gaming and media encoding benchmarks. The results are more than impressive.

At the spring 2006 Intel Developer Forum in San Francisco the entire focus of the industry was squarely set on the release of detailed information on Intel’s new microarchitecture.  Moving to a common architecture on their processor designs, Intel’s upcoming mobile, desktop and server processors will all be based on the systems and features that I went into great detail on yesterday.

In a rare showing of confidence, Intel let a few select media sit behind the controls of a system sporting their upcoming desktop processor based on the new Intel Core Architecture dubbed Conroe.  Even though we are still several months away from the actual release of this product to consumers, Intel is incredibly proud and excited about what they are seeing from Conroe.  They know, and will admit when prodded enough, that the current line up of Pentium D and XE processors aren’t up to task of taking on AMD’s Athlon 64 and X2 products in the consumer space and especially in the enthusiast markets.  So it makes sense that Intel would want to share as much information about Conroe as possible to get the community revved up for it and perhaps stall some AMD sales while their at it.

So behind closed doors I went to play with my first Conroe sample.

The Intel platform that we were testing was based on what Intel expects to be a high end Conroe system at launch.  It consists of a Conroe processor running at 2.66 GHz that sports 4MB of shared L2 cache, 1 GB of DDR2 memory running at 4-4-4-15, a 975X Intel motherboard and an ATI X1900 XT CrossFire configuration. 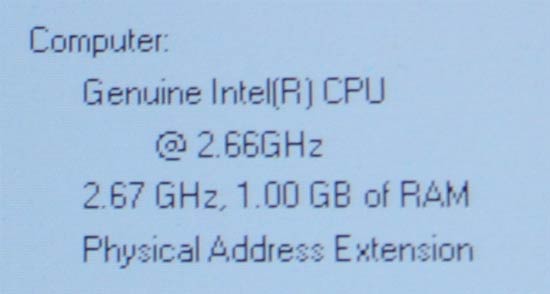 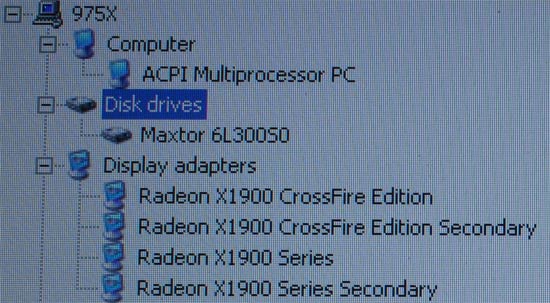 Intel also had an AMD-based system on hand for a side-by-side comparison between the two platforms.  It had an AMD Athlon FX-60 processor overclocked to 2.8 GHz with a 14x multiplier, 1 GB of DDR memory running at 2-2-2-5 and 1T command rate, the DFI RD480 CrossFire motherboard and the same ATI X1900 XT CrossFire configuration.

With the nature of the business as it is, and with my recent look into ATI’s claims about NVIDIA’s SLI X16 chipset, I took a lot of time to check through the AMD and Conroe configurations to verify all the settings were enabled correctly and that nothing fishy was going on behind the scenes to try and pull one over on us.  Intel was more than willing to let me play with all the BIOS settings on both platforms though they didn’t want me to take any photos of the Intel BIOS for security reasons.  One issue came up involving the fact that AMD-based RD480 motherboard did not sport the latest BIOS revision, but after a BIOS flash that Anandtech provided, we verified that the performance differences from our numbers on the original BIOS were not changed outside a very small margin of error. 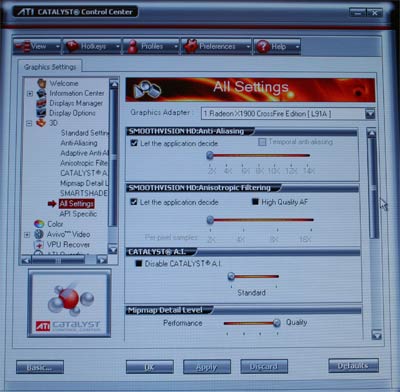 In Windows I found that they were using Catalyst 6.2 driver revision for the GPUs and a slightly newer release of the Intel INFs for the Conroe platform.  I checked the system properties and found that Windows was reporting all the same information on clock speeds and memory sizes that Intel was verbally.

Of course, as a disclaimer, I did not set up the system; I didn’t install the OS, the benchmarks or provide the content to run them.  We tested only a handful of tests ranging from FEAR to Lost Coast and Windows Media Encoder but all were running Intel’s own demos.  In truth, there is really very little you can do with a timedemo to weight towards one CPU or the other, so the results should be valid for the most part.  The FEAR test was using the integrated ‘Test Settings’ option so those results are even more unbiased than the others.  I’ll go over all the specific settings for each test as we discus the results for them. 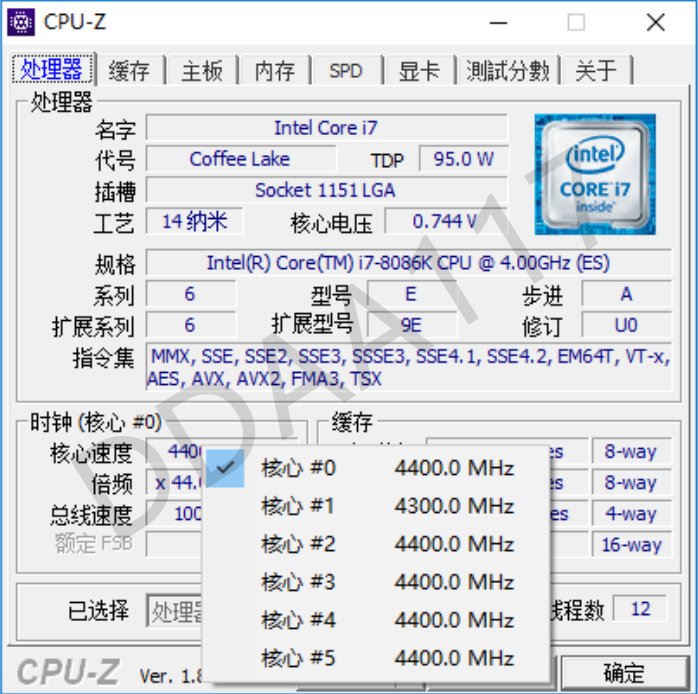 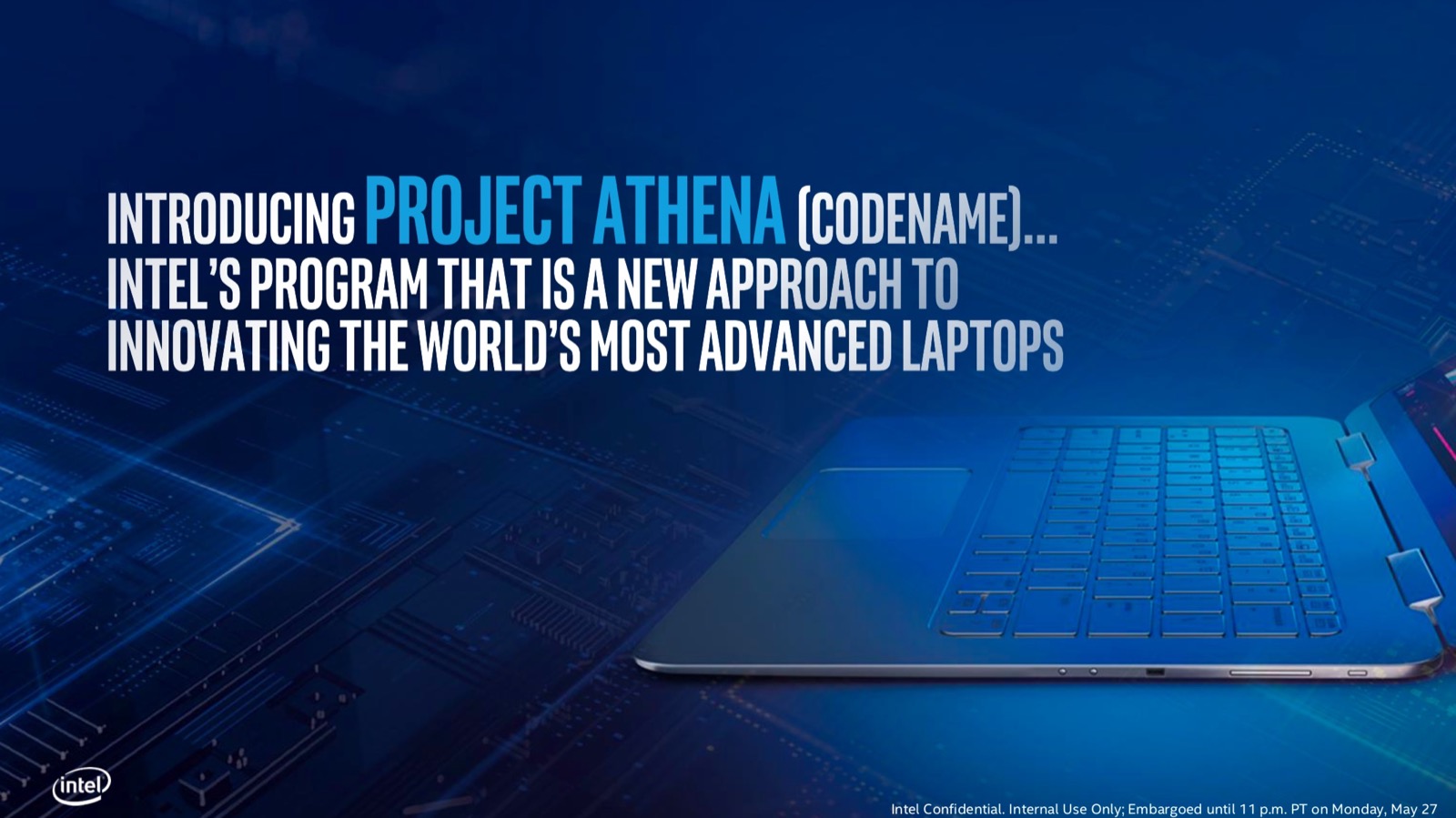