NVIDIA releases a wave of 90nm GPUs on the market today that feature a flagship powerhouse, an enthusiast jewel and a mid-range card that might make you replace that 6600 GT finally!

NVIDIA’s G70 success has been impressive to watch over the past year or so in the marketplace.  While the NV40 series of GPUs like the 6800 Ultra and 6800 GT were about performance pars with the best from ATI’s R420 and R480 line up, like the X850 XT, the 7800 GTX and GT went relatively uncontested in the performance GPU market for some time.  NVIDIA loved the lime light they were in and the sales spiked as enthusiasts found the G70 a good overclocker as well.

When ATI’s R520 architecture hit, NVIDIA remained mostly in the lead still, with only minor cuts and bruises from ATI’s attack.  The R580 was a different story though as NVIDIA’s 7800 GTX 512 MB card fell a fair distance behind for the performance crown.  We knew the G71 architecture was going to counter it, but we didn’t know how or by how much until today when NVIDIA’s first flagship 90 nm parts reach the world.

The G71 architecture, which we can now officially dub the GeForce 7900, will be very familiar to anyone that has looked at a G70 block diagram before.  The basic architecture remains the same, with 24 pixel shader pipes, 8 vertex shader pipes and 16 ROPs.  But this isn’t a bad thing at all.

There was some wild speculation from various news sites that the G71 would need as many as 48 pixel pipes to compete with the ATI R580 GPU that does have 48 of them, but that did not turn out to be true.  NVIDIA said while they had the ability to add more pipes of any kind to their already segmented architecture, they felt they had found a very good balance with the G70 that provided outstanding performance as well as great performance per watt and performance per clock results too.

The main instigator behind the G71 is a move to the 90nm process technology which allowed them to shrink the die significantly over the 110nm G70 core.  The G71 measures at about 196 mm^2 while the ATI R580 is a whopping 315 mm^2, both being manufactured at 90nm!  At the very least NVIDIA is going to be making many more of these per wafer than ATI will be able to, which means lower costs, as long as a solid yield holds up.

Most of that extra space on the ATI R580 die is taken up by double the pixel pipes, the ring bus architecture, ultra-threadedness and the additional branching logic that isn’t in the G70 or G71.  According to NVIDIA’s engineers, just like all logic designers, they made design decisions on what to add and what to leave out in order to find a balance they approved of.  They don’t necessarily write off the enhancements that ATI has done as being the wrong way of doing things, but only question whether what ATI’s cards is getting of them in performance is worth it from a die spacing and power perspective.  Obviously ATI feels these additions are worthwhile and only time will tell as newer games and architectures are released.

I do find it ironic that NVIDIA is quote mantra from the law of diminishing returns with Quad SLI being announced today as well!  😉

While not much has changed from the G70 in terms of architecture, all did not remain the same.  NVIDIA made many minor adjustments to the buffer performance, register and buffer spacing and texture caches, though they wouldn’t get into the proprietary details with us.  They did increase the raster operator (ROP) performance a bit more in this design by doubling the number of pixels per clock that they can handle of color and blend to 16 over G70.

Also you may notice that with 278 million transistors on the G71, it has fewer transistors than the G70 did.  This is credited to the various optimizations that NVIDIA did into the core. 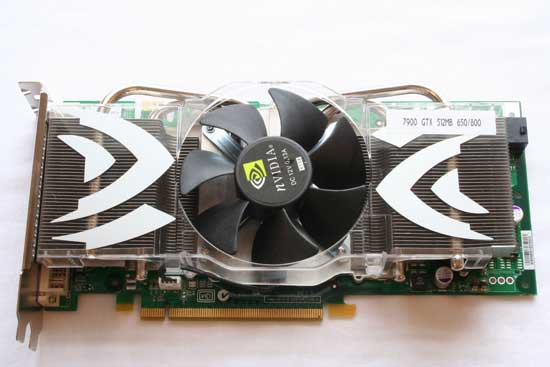 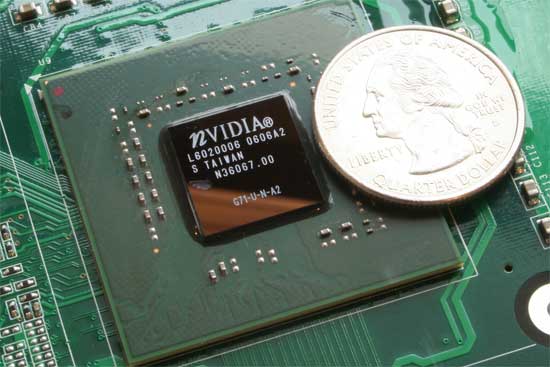 In marketable form, the G71 will come in two flavors, the 7900 GTX and the 7900 GT.  The 7900 GTX has a reference core clock of 650 MHz and a reference memory clock of 800 MHz on 512 MB of GDDR3.  Compared to the 7800 GTX 512 the core clock remains the same while the memory clock actually goes down 50 MHz or so.  My guess is that GDDR3 memory prices are rising on memory that can clock up past that so in order to save some dough NVIDIA went with a slightly lower spec’d memory configuration.  The vertex engine on those 8 pipes runs asynchronous to the main core clock at 700 MHz. 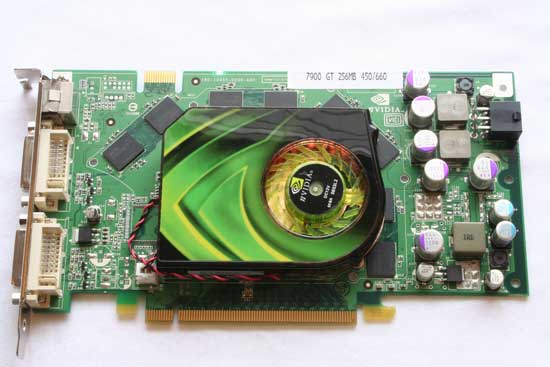 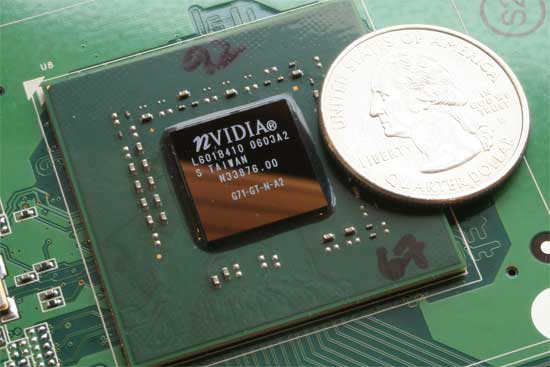