The results above show both optical drives reading and backing up the DVD in roughly the same amount of time. Read speed appears to be slightly faster on the Matshita in the W5F giving it a little edge over the Compaq.

Sometimes it’s not enough that a laptop supports all major network interface types, we sometimes need to know how well a particular network adapter will perform. To measure this we use Microsoft’s NTTTCP network bandwidth testing tool. To test the 10/100MB LAN adapter, we use a Cat 5e crossover cable directly connected to the gigabit adapter of an EPoX EP-9NPA+ nForce 4 SLI motherboard. 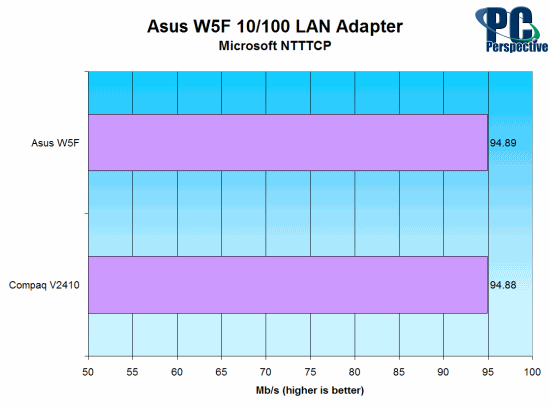 As we can see, both the Asus W5F and the Compaq V2410 perform the same in terms of network throughput. Surprisingly the NIC consumes 45% of a CPU on the T2300 Core Duo processor on the W5F – definitely something to keep in mind as cheaper Core Solo CPUs hit the market.

To test wireless performance, we run NTTTCP on our test laptops at a range of 2″ and 28′ from the antenna on the wireless router. The purpose of this is to test the sensitivity and performance drop-off as the laptop moves farther away from the antenna.  Note, this test isn’t 100% perfect as the transmission can affected by many variables such as other incoming wireless signals, and electromagnetic interference (i.e. household wiring). 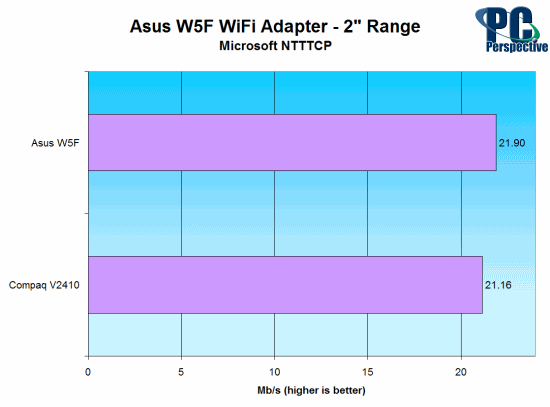 At just 2″ distance from the router’s antenna, the Intel PRO/Wireless in the W5F and Broadcom in the V2410 perform identically. 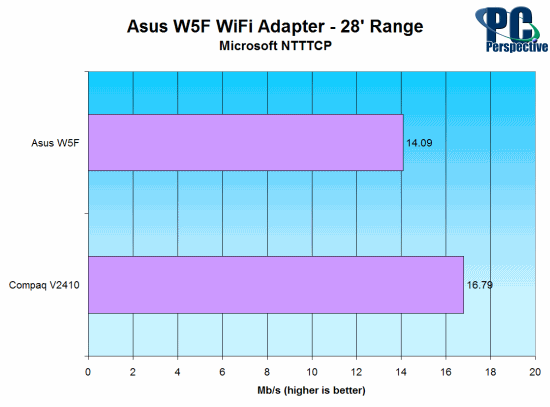 By moving the laptops farther away from the wireless router the throughput of the adapters drop significantly. The Asus W5F appears to be affected more by the distance than the Compaq V2410, which is surprising since Intel is widely believed to be a strong wireless performer. But to temper this statement, we have to consider the fact that a good wireless signal is sometimes hard to obtain consistently.

As we review more laptops here at PC Perspective, we hope to refine our wireless testing methods. 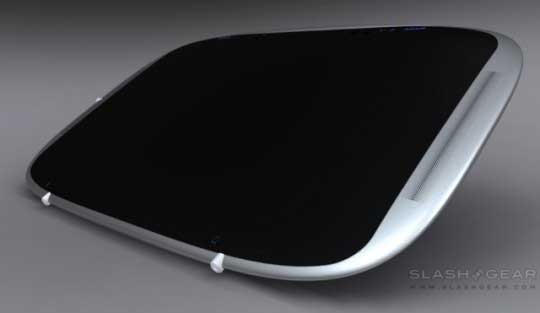