The EPoX EP-9U1697 GLI is capable of SLI and at a cheaper price point. The board overclocks extremely well, but is it too much of a good thing? Yes, we managed to get SLI working with v81.98 drivers… read on!

When the ULi M1697 chipset was launched a few months back, it had all the traits of becoming a great budget solution with nearly all the features of the AMD nForce 4 chipset and a cheaper price too! With an ULi engineered patch that enabled SLI and reports of being a great overclocker, the ULi M1697 was quickly becoming a poor (or smart) person’s solution for a cheap yet fast gaming and overclocking computer.

Besides being our first hands-on look at ULi’s M1697 chipset here on PC Perspective, today we’re also examining the package prepared by the folks at EPoX – the EP-9U1697 GLI motherboard. With NVIDIA just completing aquisition of ULi, the M1697 may be the last of its kind we’ll see on the market for a while.
The ULi M1697 Chipset
The ULi M1697 is unique in the AMD chipset arena as it is the only chipset to natively support SATA-II and HD Audio. There are some compromises however notably in the 10/100 network controller. 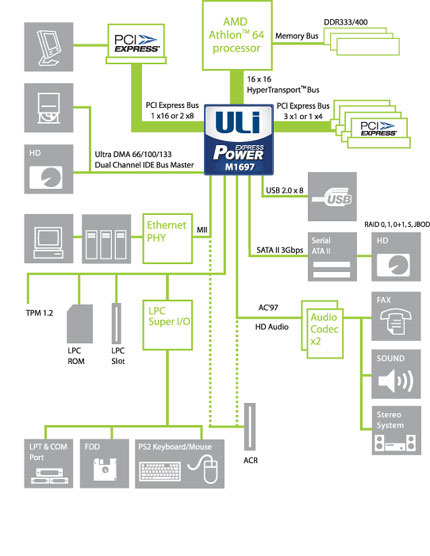 The following is a summary of current Socket 939 PCI-Express chipsets currently available. These specifications are by no means concrete as different manufacturers may choose to implement a given chipset different to suit their product line (i.e. use AC’97 instead of Azalia).
* Manufacturers may choose to add this functionality seperately.
** 16X slot configurable to two 8X slots for dual graphics cards.
EPoX EP-9U1697 GLI Specifications
The specifications for the EP-9U1697 GLI follows pretty closely to the reference specification of the M1697 chipset. To keep the product in an affordable price bracket, the onboard audio uses a standard AC’97 codec (ALC655) instead of HD Audio. 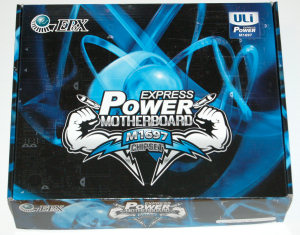 The specification mentions dual 16x PCI-E slots which isn’t accurate as the EP-9U1697 has a single 16x slot that can be changed to two 8x slots for dual graphcis cards.