UPDATE: 11:35AM EST – Apr 12. 2006.
I’ve just been told that NVIDIA has implemented SLI patch protection which will effectively kill SLI on M1697 chipset motherboards. I’m in the process of confirming this and gathering more details. Please stay tuned!

UPDATE: 12:05PM EST – Apr 12. 2006.
Reports around the web are confusing and conflicting. One report in particular states that v81.98 and later drivers are incapable of running SLI on M1697 chipsets, but the article we have published here on PCPer is proof that it is possible still. I will do some additional testing and report back.

I have been told by a reputable community source that a patch that will re-enable SLI on later drivers. So for those of you with series 7000 NVIDIA cards can rest easier.

While the M1697 has not passed NVIDIA’s SLI certification, the ULi engineers have gone ahead given the world a patch to enable it anyway. So with this patch, many of us hope to run a cheap SLI system, but getting SLI to run properly in the first place is tricky and no where is the installation procedure documented … until now!

I found that the order in which you install the software components matters. If done in the wrong sequence, you may encounter one of the following problems:  no SLI option, have an SLI option but no performance increase, or freeze on Windows boot-up with a 2nd video card installed.

To get SLI to run properly, the following installation sequence worked for me (you may find other combinations that works):

If you’ve tried enabling SLI but can’t get it to work, you must uninstall the NVIDIA driver completely from your system including any residual files and registry entries. Otherwise, any subsequent attempt at enabling SLI will not work. Use a program like Detonator Destroyer to help you with this.

Now that we have SLI working, how does it perform in SLI mode compared to a true-blue NVIDIA SLI motherboard? Using v81.98 drivers, here are the results: 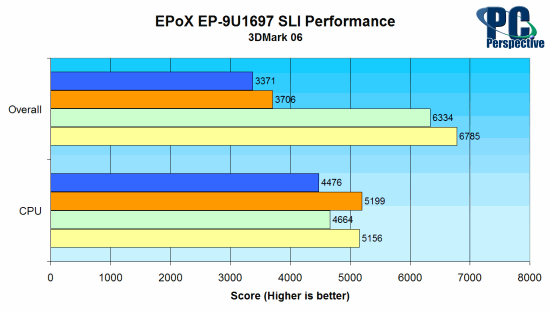 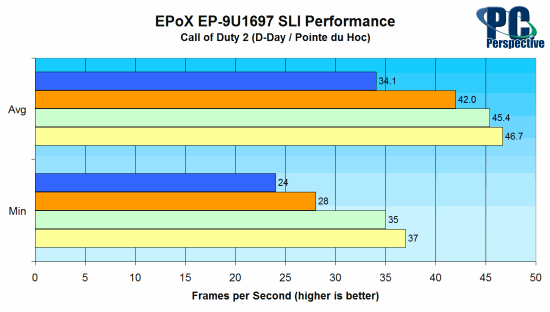 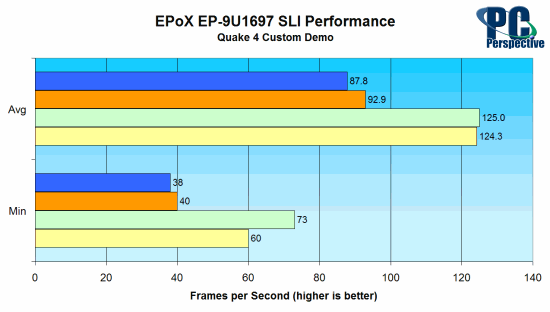 Do you see what I see? Yes it looks like the EP-9U1697 performs nearly the same as the true nForce 4 SLI motherboard in SLI mode! In fact, it actually has better performance in Quake 4 (yes, this was retested to verify). 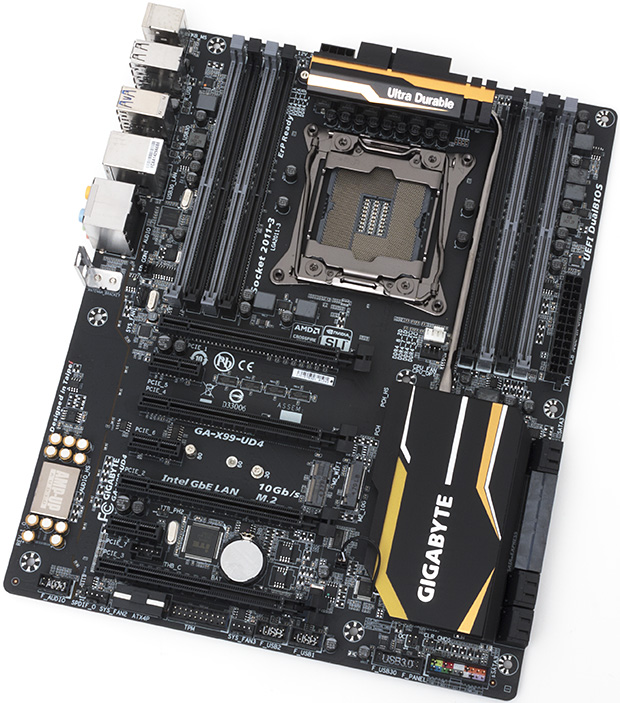