With the windowed side panel removed the internal structure of the Lexa awaits our gleaming eyes and it won’t disappoint and in some ways even perplex us to some degree. 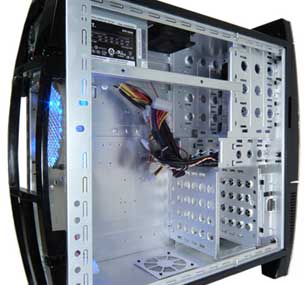 Here we have the grand total of eleven drive bays with the five internal 3.5′ hard drive bays turned 90 degrees with an illuminated 120 mm fan in front of it. None of the drive bays are removable, so you’re pretty well stuck with what you see.

Now if you have been following my reviews, you know I really don’t like this arrangement  as the excess metal blocks most of the intake air that would normally end up helping to cool the motherboard cavity, oh, it will cool your hard drives, but that’s about all.

But, in their infinite wisdom the designers of the Lexa accounted for this problem by including failsafe methods for bringing fresh air to your expansion cards and motherboard.

The first was obvious, the inclusion of a 120 mm fan in the windowed side panel. the second and not so obvious is the 80 mm filtered opening in the floor of the case, now this can be used passively as shown below or you could attach an 80 mm fan for forced air intake. Personally, I’ll use it passively! 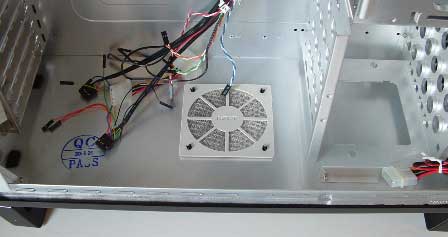 The filter is held in position by those famous or infamous (whichever you like) plastic push pins making it child’s play to clean.

With all those drive bays NZXT has supplied three different sets of rails to allow you to populate every drive bay, if that’s your intention. 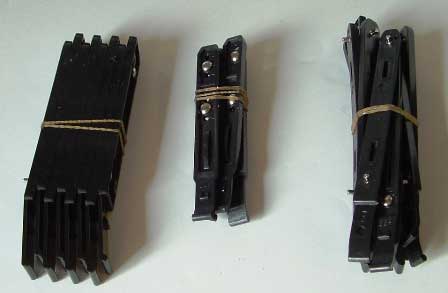 Now we are about to get into an area that is a little old fashioned considering that the Lexa is such a futuristic design. We showed you the top mounted 80 mm exhaust fan, but what we didn’t realize until now was that it is too far back meaning; you have to be careful you don’t use an oversized power supply as it definitely won’t fit, and that goes for some of the modularized PSU’s as well. 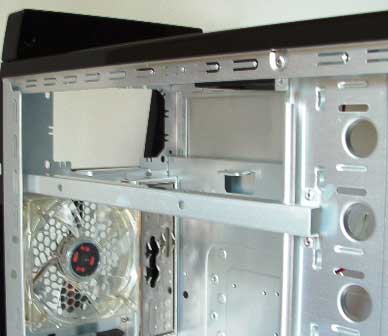 What’s old fashioned is that you have to mount the power supply from inside the case, which is a real pain (you know where), so you better mount your power supply first. Most modern cases in this class and price range have PSU mounting plates that allow you to slide your power supply in from the back, well maybe Lexa II.

The final area left uncovered is the, and I quote “screwless expansion card device” shown below. 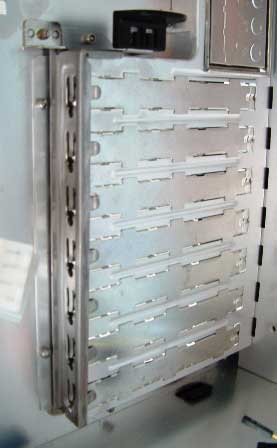 Now the idea is to grasp the black tab and swing the locking bar out of the way, so you can remove the covers for the slots you intend to use. With the devise opened it looks like the photo below. 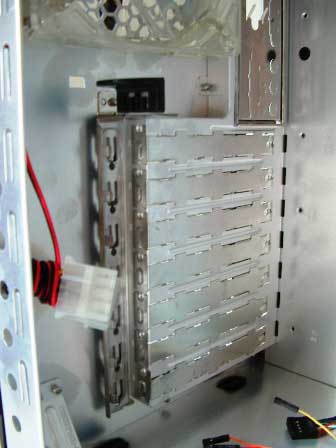 If you’ll notice, at the top of each expansion slot cover is a hole. What could they be used for? Well the Lexa installation instructions state ‘The Lexa comes with a screwless installation design for securing your peripherals during movement’. It goes on to say ‘After you have installed your card, secure it by pushing the lock down and securing it’ It all sounds good until we read ‘To ensure stability, please use to secure the peripheral with screws provided and then proceed to use the lock’.

Well is it screwless or not?? I think not, nor would I trust the locking mechanism by itself, I’ll definitely use the screws!!

The way I understand the language screwless means just what it implies, the lack of any screws. Manufacturers should get this straight, if a case requires the use of at least one screw, their product is ‘not screwless’ and they should not make the claim that it is.

If what you have seen is not enough, NZXT who seem to have their roots in the gaming arena, have included with the Lexa the beautiful and functional LAN Bag with carrying strap and protective window cover shown here. Just remember to shut down the system before going anywhere! 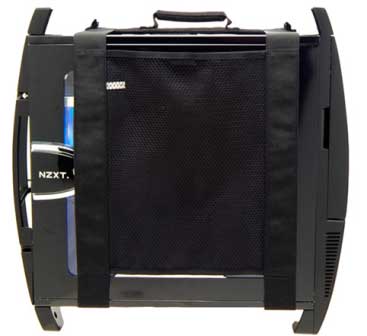 With a selling price of about $130. (US) the Lexa should not be considered pricey, even without a power supply, because of its aluminum chassis and incredible design. We have seen resellers that offer the Lexa with a PSU for around $ 180 (US). I’m sure you’d pay a lot more if the brand name was one of the big three case manufacturers.

The fit and finish rivals’ the big boys and its styling, design and innovation leaves more than one competitor in the dust. Yes, I had a few complaints and I hope NZXT takes them into account in their next version of the Lexa. Remember, no case is perfect, but this one really caught my fancy.

Now get on your horse and find the nearest NZXT reseller and get your own Lexa. No one is talking me out of mine!

Be sure to use our price checking engine to find the best prices on the NZXT Lexa Case, and anything else you may want to buy! 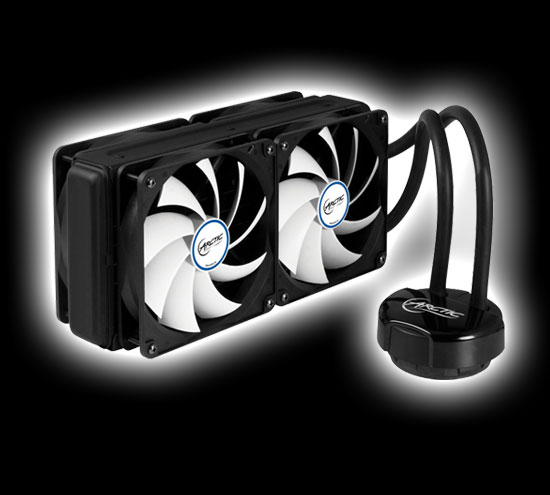 Arctic Cooling doubles up with the Liquid Freezer 240