AMD is releasing the AM2 platform today that includes a new processor socket, new DDR2 memory controller and a new speed bump that helps them to keep the performance crown from Intel for at least a little bit longer.

To say that the Athlon 64 and Athlon X2 processors have been wildly successful for AMD would be something of an understatement.  Since their introduction in September of 2003 and their move to 939-pin sockets in June of 2004, AMD has been in a constant performance lead over anything that Intel was able to throw at them on the performance desktop segment.  Even when Intel moved to DDR2 memory in June of 2004, AMD stuck to its guns saying that DDR2 wasn’t ready for the spotlight yet, but that they would adopt it when the performance and price benefits were where AMD wanted them to be.  They were correct in all aspects, and the benchmarks proved it.

With the move away from DDR to DDR2 as the main performance enhancement for an entire platform change, can the AMD Athlon 64 FX-62 processor prove that AMD still has what it takes to stay on top in the desktop enthusiast arena?

There are actually 15 processors launching today, though we only have the flagship FX-62 model in house for testing.  In reality, even AMD notes that the expected performance delta between the S939 and AM2 parts with similar frequencies is only 1% and thus we should expect an AM2 4200+ to perform nearly identically to a S939 4200+.  The FX-62 is also a 200 MHz clock increase over the previous FX-60 and thus we will see performance gains from that at least. 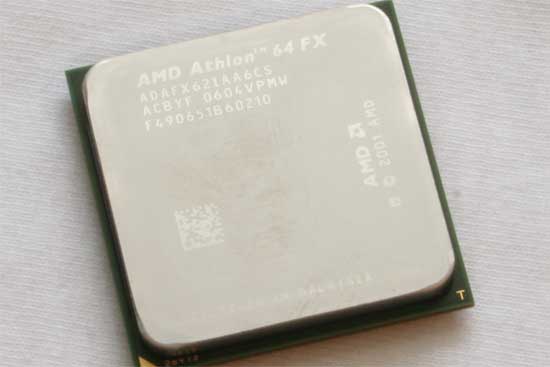 On the surface, it would appear that nothing has changed on the FX-62 from previous Athlon 64 processors you have seen.  And while that is mostly true, the differences are important.

Our spec sheet here highlights the important changes with bold font.  The FX-62 is of course still a dual core processor running at 2.8 GHz; the previous top processor from AMD was the FX-60 that ran at 2.6 GHz.  The cache sizes remain the same for both L2 and L1 levels as does the HyperTransport link speed and enumerations.  The memory controller moves from a DDR400 controller to a DDR2-800 capable controller; by far the biggest change in the AM2 lineup. 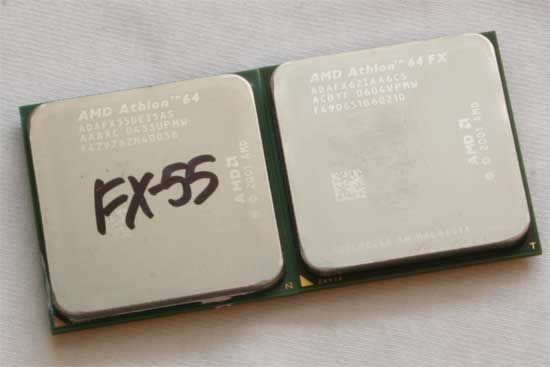 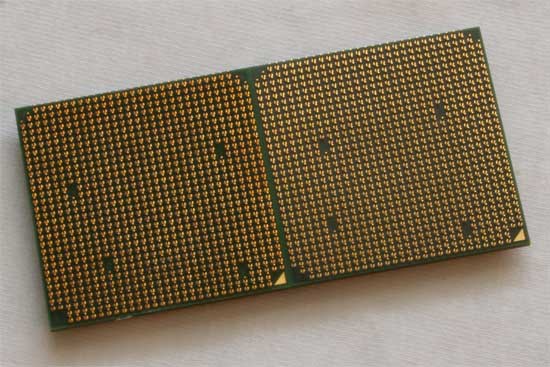 You can see from this second photo comparison between the FX-55 and the FX-62 where the pin count differs just slightly. These pin changes were made basically to prevent users from accidently installing a S939 Athlon 64 processor into an AM2 socket, and vise-versa. 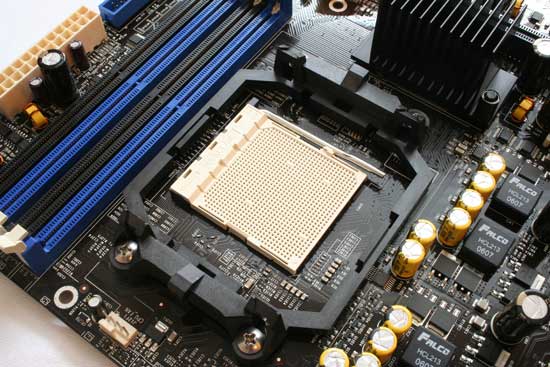 The processor socket itself remains much the same, with a slightly changed heatsink mounting mechanism on it that is still very intuitive. 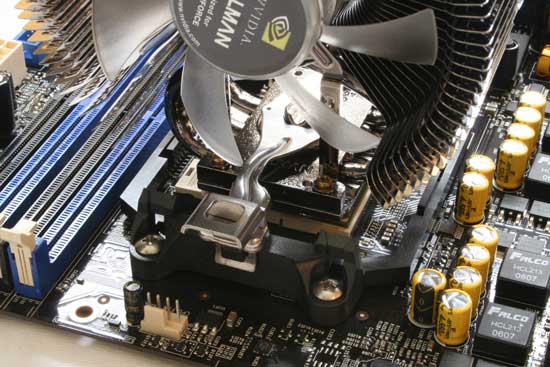 Our Zalman AM2-ready heatsink installed very easily onto the Foxconn NVIDIA nForce 590 SLI motherboard as you can see here. 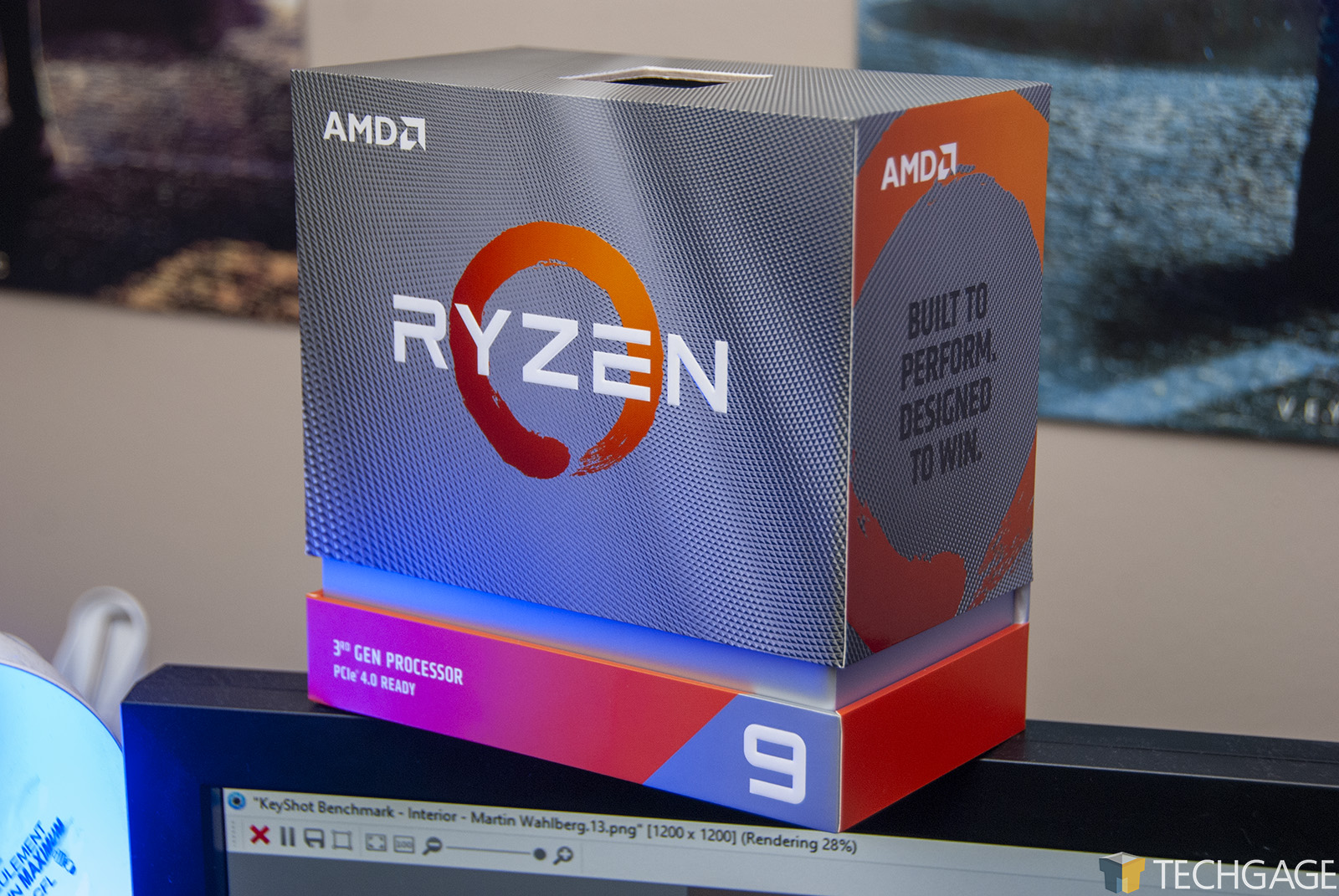 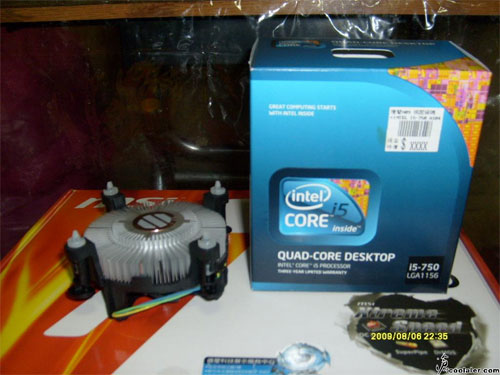 Intel Core i5 Lynnfield processors start showing up for sale